Sandeep Narwal has been nominated for the prestigious Arjuna Award for his achievements in the field of kabaddi. To have a look back at his journey read below

Kabaddi is a team sport, where 7 players from each team hustle and bustle to come out on top. The better team wins mostly, but not always. The individual sometimes takes the game from the jaws of defeat to turn it into a win for their team. One such name that is pretty famous in the kabaddi circuit is none other than SANDEEP NARWAL. An Indian national team player, he was born on 5 April 1993 and hails from Sonepat, Haryana. His aggression and leadership qualities are well-known, his passion for the sport unrivaled, and his strength in defense unmatched. He is nominated for the prestigious Arjuna Award 2021, released earlier. 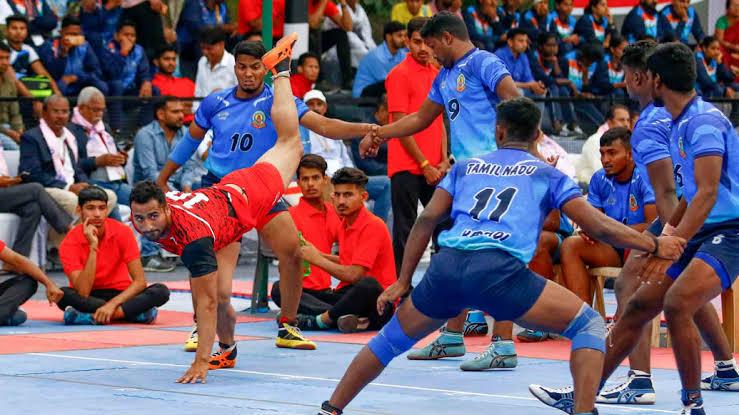 Sandeep started playing kabaddi when he was just eight years old. The people around him saw flashes of his talents from an early age. Sandeep came from a humble background and did his schooling from Govt. Senior Secondary School at Sonepat, Haryana.
His performances at the junior level made all the right noise and earned him a lot of recognition. He won numerous trophies and titles when he represented his school in numerous tournaments. This eventually paved his way for state team selection first and later was selected by the Sports Authority of India (SAI) and was sent to Gandhinagar to train. It was here that he met coach Jayveer Sharma. With his help and expertise, Sandeep was able to lift his game to an all-new level and transform himself into an all-rounder

Sandeep was very lucky as he grew up watching his father, OP Narwal, make the country proud as he was a kabaddi player himself and represented the country at Asian games.

While his father's exploits may have motivated him to pick up kabaddi as a sport at an early age, it was Jagdish Narwal, who polished his skills. Jagdish Narwal was part of the team that won the Asian Games gold medal in the 1990 Beijing Asian Games. He was his mentor and guidance in the field of kabaddi. Their guidance in his initial days played a huge part in his development to become the dependable kabaddi player he is today both for his national and franchise team.

Sandeep started his career as a corner defender and was pretty good at it. But he worked on his raiding and became one of the most successful all-rounders in the league's history. His incredible speed and deceptive agility make him difficult to predict when he raids, while his tremendous strength and grit make him a solid defender.
Over time he has trained himself as a valuable all-rounder of the team. He has found the perfect amalgamation of speed and strength. This factor truly makes him a force to reckon with, his signature move is the ‘block’ where he places himself directly in front of the escaping raider and blocks him.

Narwal made his debut in VIVO Pro Kabaddi with the Patna Pirates against Bengaluru Bulls. He scored 119 points in the inaugural season, making him the second most successful all-rounder of that campaign. He played for Patna pirates for 3 seasons, where he also captained them and led them to the semi-final stage during season 2 of PKL. In the following season, he was awarded the best defender award with 53 successful tackles.
The next few seasons saw him change his team regularly from Telugu Titans in season 4, for Puneri Paltan in Season 5 & 6, And U Mumba In season 7 and have joined Delhi Dabang for the latest edition. They will be hoping that he would lead them to the playoffs with his skill and experience.

His PKL career stats can be followed here:- https://www.kabaddiadda.com/player/sandeep-narwal-1000153?tab=stats