The Iranian stood tall, firm and boisterous, still mirroring the aggression he displayed during the game.

Indian coaches had studied the Iranians with awe. So much so that four of the squad members who played against India at Incheon in 2014 were soon auctioned off to PKL franchises. Among them, Hadi Oshtorak and Meraj Sheykh were sold for a combined Rs 41.2 lakh to the Telugu Titans for Season 2.

Iran skipper Fazel Atrachali was sold to U Mumba for Rs 4 lakhs and Mohammed Maghsoudlou to Jaipur Pink Panthers for 7 lakhs.

The making of a powerful rivalry pivoting on respect for the Iranians was complete. Now Hadi Oshtorak plays for Patna Pirates in Season 3 not playing much for Telugu Titans in Season 2.

The Iranians have established themselves as top notch defenders and the go to guys when the teams are in trouble for the Pro Kabaddi Season 3.

Meraj Sheykh has been the savior for Telugu titans in countless number of matches, and now so is Fazel Atrachali dominating the opposition with every type of tackle in the book.

Iranians have been a force to reckon with since their performance in the Finals of the Asian games in 2014.

So here we have compiled some data for the few Iranian players playing in the Pro Kabaddi Season 3 for all teams. Let us see how they fare! 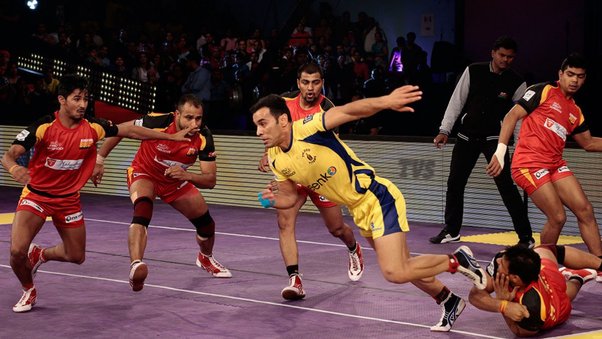 A true titan. No other words to explain a man of his caliber. He covers the left corner and does some very important do or die raids for the Telugu Titans.

He led the team against Jaipur Pink Panthers making history by being the first foreign player to lead a team in Pro Kabaddi and won an exciting match at the dying moments causing an upset.

It was an upset because Telugu Titans were missing their star raiders Rahul Chaudhary and Sukesh Hegde who were away on National duty.

Meraj along with Dharmaraj has made Telugu a team which is strong as a defensive unit as well. Meraj has won the best raider of the match 2 times in 11 games he has played in Season 3.

Patna Pirates had a dream run in Season 3 so far. Beaten only once and are currently sitting comfortably on top of the table. The reason for their unbeaten streak was the raiders mainly along with the contribution from Sandeep Narwal who managed to score many tackle points. But with the inconsistent performance of Sunil and Suresh Kumar, they were leaking points in the defense. Then came Hadi Oshtorak. Then it was Veni, Vidi, Vici. He provided able partnership for Sandeep and also won a Marathon man on the mat Award for spending maximum time on field. An ankle hold and thigh hold specialist he will be the man to lookout for in the upcoming matches. His best is yet to come!! 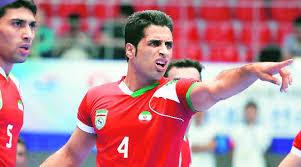 Jaipur Pink Panthers were a shadow of their former self in Season 1. In the absence of Jasvir Singh, Sonu and Rajesh had to manage the raiding for the team. That was when the Iranian got the chance in Pro Kabaddi League Season 3. He did a lot of good raids and helped reduce the deficit usually caused by the defense of Jaipur Pink Panthers.

He also had a moment of the match award for a brilliant escape by jumping over the chain. 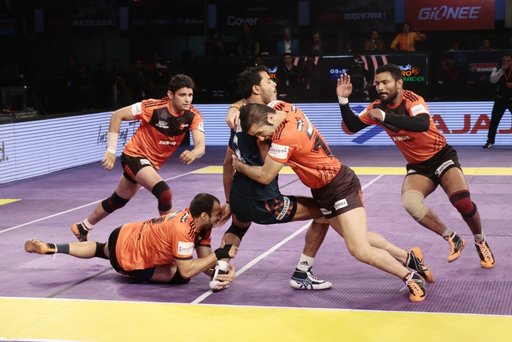 Fazel bringing down the raider

He is a force to reckon with. The best example for people who grab the opportunity with both hands. He was used as a substitute in some matches for Season 2 and also started Season 3 in a similar fashion.

He got the opportunity when Mohit and Surendar Nada went away for national duty. He got the opportunity to start and that too in his favorite position as the corner defender. He proved himself to the team and the coach by getting some superb tackles and ankle holds and made the position his own displacing Surender Nada. The find of Season 3 so far among all teams.

Watch out for this defensive beast!!!

*Data given here is only up to 43 matches in Season 3.