After an action-packed PKL 8 Auction. Lets look back of some of the young stars that got picked up by Pro Kabaddi League Franchises from the K7 Kabaddi 2021 Tournaments.

The inaugural K7 Kabaddi 2021 (Qualifiers and Stage Up) was a mouthwatering affair. It exceeded the expectation of everyone out there by a fair margin. 16 best academies from Haryana were hand-picked to play in the K7 Qualifiers in March 2020. After which, the top 10 teams from the qualifiers went head to head over 17 days in the K7 Kabaddi Stage Up 2021, some pure end-to-end stuff non-stop action, saw the youngsters take center stage for their respective teams. Some breathtaking individual performances and mature performances way beyond their age was making headlines all over the kabaddi circuit.

K7 stage up saw some big scouts take notice, no one knew from where the next Deepak Hooda, Ajay Thakur, or Anup Kumar could emerge. The youngsters certainly made their presence felt and when the eighth edition of the Pro Kabaddi League (PKL 2021) came around the corner, there was some optimism that this could be their year of getting picked up. 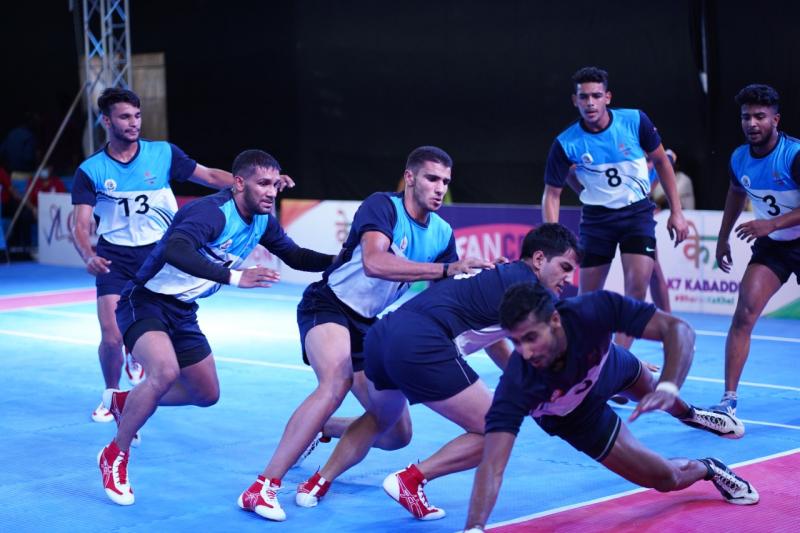 Not just lucky players but 19 deserving players got picked up by 10 different franchises in the auction and outside of it.

Tamil Thalaivas - was the team that showed the most faith in these youngsters as they picked up 3 of them for their team. The first of the lot was Sahil Sultan the left corner from PARVEEN AND JASVIR ACADEMY. Sahil showed great composure and managed to get 28 tackle points out of his 73 tackles during the k7 and helped his team finish runners-up. Aashish was another left corner defender from the warrior's arena who got picked up next. He had a 57 avg striker rate from his 8 matches and looked like a player with great potential yet to be fulfilled. Last up was the lead raider of P&JA Himanshu Virender, he was the star of his team with 190 raid points out of his 299 raid attempts with an avg strike rate of 59.03.

Next up was Dabang Delhi - Three players from the K7 stage up were signed up. These were some cherry-picked players, first being the best defender of the tournament Krishan from the champions NK Academy. He tamed some of the best raiders and racked up impressive numbers with 81 tackle points and an almost 61 % strike rate. Ashu Malik, star right side raider of Amit Ashok Academy, helped his team to a 3rd placed finish. Scored 176 raid points and spent an impressive Avg. Time on Mat with 79.58(%) with a healthy strike rate of 64.87%. Last up was left corner defender from Bhaini School Vikas, he was picked up directly from the auction and sold to Dabang Delhi at 8.00 L. He scored 36 tackle points from his 91 attempted tackles and lead his team by example when it came to tackling.

The deadly duo of Jaideep and Meetu was cherry-picked from Bhaini School by Haryana Steelers for PKL season 8. Jaideep played 11 matches in K7 and scored 43 tackle points with 85.3 % of avg mat time. He helped his team to Super 6 but could not help them progress further. Meetu had played overall 23 matches in his Junior career and has scored 301 raid points with an avg strike rate of more than 70%. The duo will look to get a look in here and make their school proud.

Gujarat Giants picked the gem of the tournament until an injury saw him bow out of it. It was none other than Rakesh Sangroya, the lead raider and helped his team in a defensive position along with scoring the bulk of the points. He scored an impressive 93 raid points out of his 145 raids in 9 matches with a strike rate of 63.38 %. And will surely be one of the rookies to look out for in the upcoming PKL 8.

Jaipur Pink Panthers, 2014 edition PKL champions picked up  Deepak from NK Academy who was part of the title wing defense of K7 stage up. He scored 23 tackle points with a strike rate of almost 42 %. Jaipur would hope that Deepak would improve on this particular aspect during the PKL season ahead with opportunities that could be hard to come in his first season.

NK Academy players were in high demand as their Captain cool Manish Angrej got signed up by the Patna Pirates the most successful team in PKL history with a record of winning 3 out of 7 titles. Manish scored 26 raid points out of 62 attempts but would hope that he can bring, his defensive communication and positing with his fellow teammates that he showed here in the Stage up 2021.
Patna Pirates have also signed Manuj from Chhaju Ram Academy as their Covid Contengecy player. Though his team failed to make it past the group stage, his performance was enough to convince the PP management to snap him up. Teams are signing up extra players, as this would come in handy when an unexpected injury happens mid-season. It would allow teams to swap within the bio bubble.

Puneri Paltan picked up another consistent performer of the K7 stage, in the form of Mohit Goyat of Bhaini School, and forked out 8.00 L for acquiring his services. His contribution had a massive impact on the team, both defensively as well as offensively. He scored 179 raid points at a strike rate of more than 55% and his defensive contribution was 5 tackle points out of his 13 attempts.

Yet another NK academy player, Rohit got picked up by Bengal Warriors as they paid ₹6.00 L to acquire the all-rounder services.He was excellent as he scored 70 raid points with 11 tackle points out of his 22 tackle attempts and helped his team on his way to being the champions.

U Mumba also showed faith in picking up a youth player from the k7 stage up. Rinku from NKSA had played quite a few tournaments and had a record of 39 tackle points with an impressive 75 % strike rate that is one of the best among the U-21 players. Shivam from Parveen And Jasvir Kabaddi Academy might be the player with the least experience out here, with just 3 matches in the Junior circuit. He got picked up from the trails held earlier and will like to make his mark and not let this golden opportunity go to waste.

Bengaluru Bulls came in late to swoop 3 players from Deepak Niwas Hooda Foundation. They have picked a mix of one raider and two defenders. The first pick was the tall and lanky raider, Bharat Naresh, the surprise package for the DNHF in the 2nd leg of the K7. He came on, to score 72 points in the 5 matches when his teammate and captain Prateek struggled with injury. The defender got picked up next. Rohit Kumar had to sit out with an injury during the recent K7, but BB showed faith in his ability and picked up in the squad while others hesitated. Ankush Ashok was picked up for his overall record in the junior circuit and excellent showing during K7 qualifiers. He was picked as their covid contingency player and will look to keep himself fit if the call comes to get in. 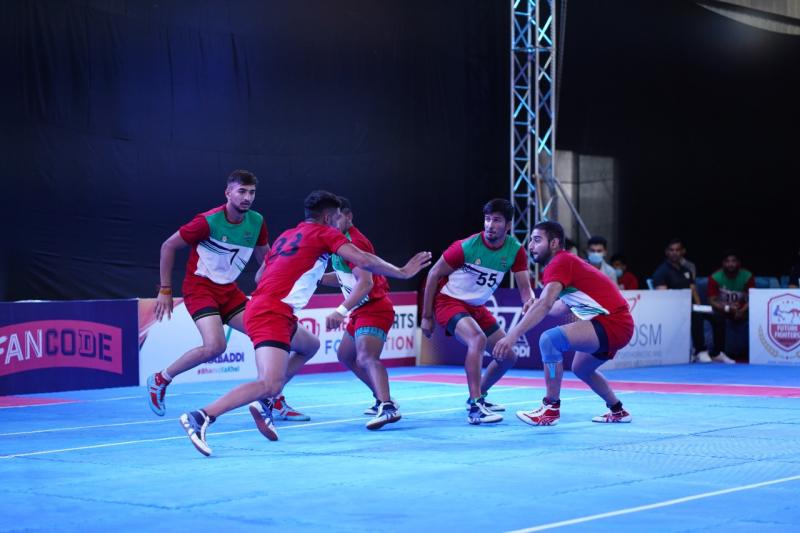 All these youngsters have just cleared the first path of achieving their dreams and will look to join their teams soon so that they can watch, learn and show their team what they are capable of as for them the sky will be the only limit with their exuberant youth backing them from the side.