UMumba has spent the big bucks on a new right corner in the form of “The Beast” Sandeep Narwal, who combined with Fazel could make for the strongest corner combo in the league.

The Season 2 Champions, U Mumba, enter PKL 7 on the back of a season that fell away from them when it mattered most. It was perhaps a case of “what might have been” if they had just finished top of the table ahead of the Gujarat Fortunegiants. One of the most successful franchises in the history of PKL, it’s a side that has traditionally hinged on it’s defensive structure, although that changed with the presence of Sid Desai last season, who quickly became the sensation. Following a shoulder surgery and perhaps a tough decision to make, the squad did not retain Siddharth and chose to overhaul the squad almost completely barring the incredible Corner + Cover combination of Fazel and Surinder. The squad retained the services of Abhishek Singh and Arjun Deshwal (two untested commodities) and has chosen to go into PKL 7 with a squad filled with support raiders as far as PKL history goes and spent the big bucks on a new right corner in the form of “The Beast” Sandeep Narwal, who combined with Fazel could make for the strongest corner combo in the league. In the process however, they have let go of the leadership qualities of Dharmaraj Charalathan, which mean a lot of that responsibility now falls on the shoulders of Fazel again, with the lack of another real leader on court. Watch the video for the UMumba Team Preview

U mumba are the best to pkl 7 are dengers.....
Permalink 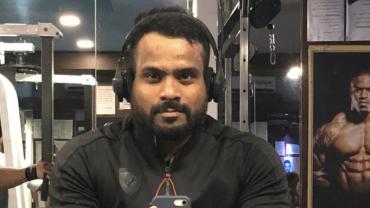