All tied up. A closely contested back-and-forth game between the Bengal Warriors and Telugu Titans finished with both teams sharing the spoils. The match was tied at 32-32 after 40 minutes in the 101st match of Pro Kabaddi Season 8. Maninder Singh led the Bengal Warriors with 11 points, while Ankit Beniwal was the star of the show for the Telugu Titans, scoring 8 points.

The mainstay of the Bengal Warriors was Abozar Mighani staying on the mat for 96% of the raids. 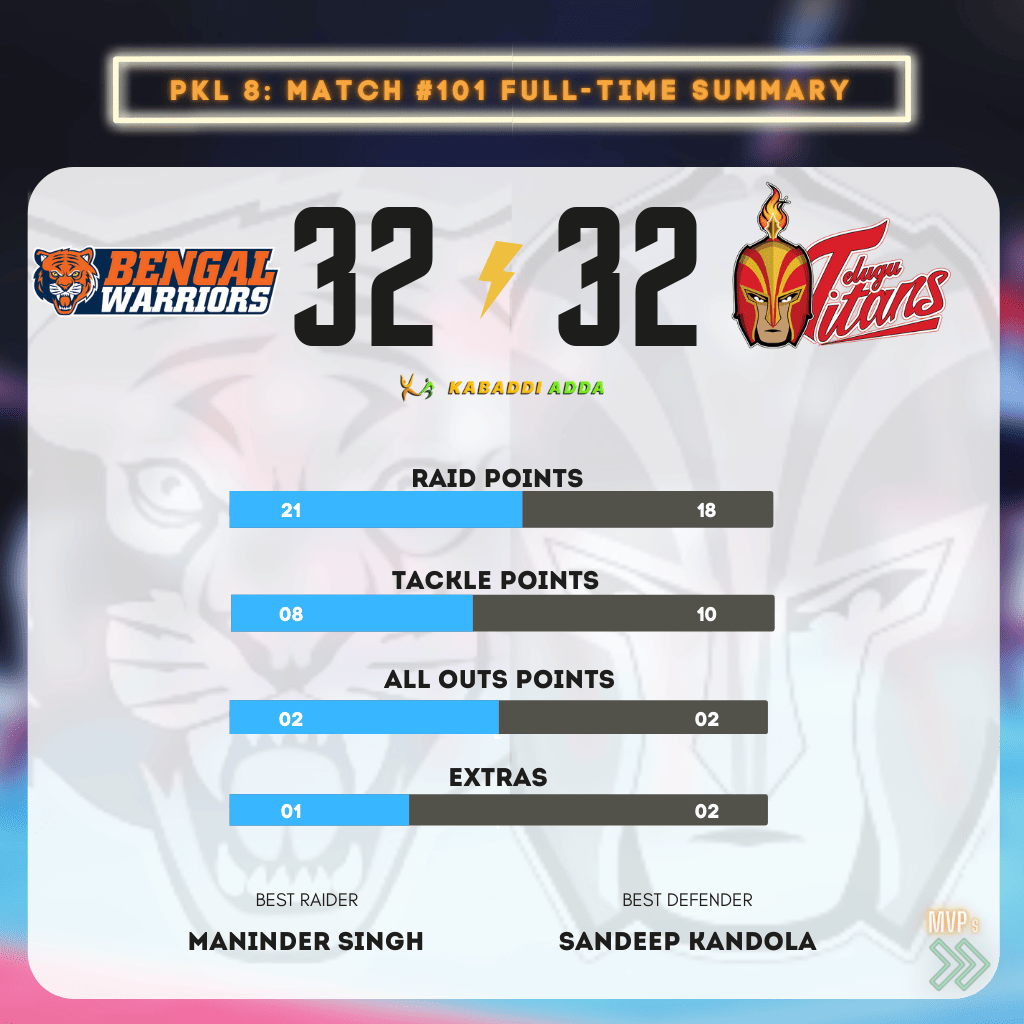