The All India Inter-University Kabaddi Championship 2019 is all set to get underway from the 18th of December 2019 in Udupi. A total of 16 men's kabaddi teams from universities all across the country will be participating in the four-day tournament. The first two days of the tournament will see the teams playing the league stage matches in four groups, with the two teams from each group moving to the knockout stage from 20th December. The matches are being held at Poornaprajna College & Post Graduate Centre in Udupi. 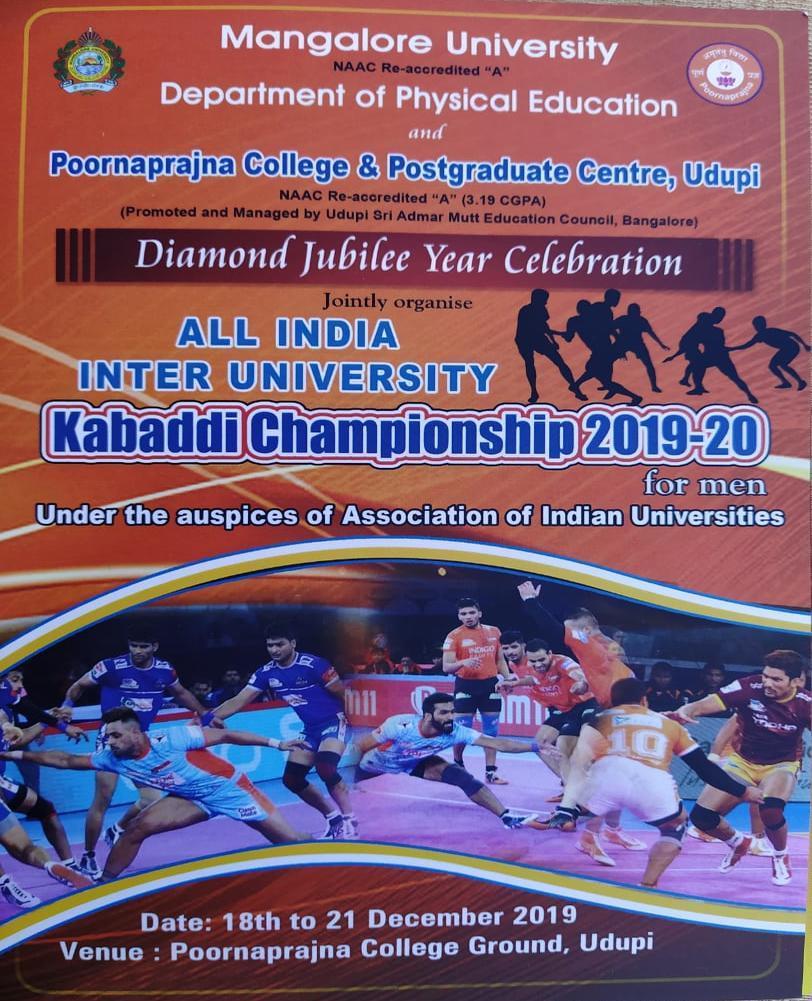 Here is a list of all the teams playing sorted in their respective groups:

Get the All India Inter-University Kabaddi Championship 2019 Schedule here

The chief guest for the inauguration is Mr. Kiren Rijuju, Minister of State for Youth Affairs and Sports, while the inauguration will be done by the hands of H.H. Shri Vishwapriya Theertha Swamiji, President of Udupi Shri Admar Mutt Education Council, Bengaluru. The Vice-Chancellor of Mangalore University Prof. P. Subrahmanya Yadapadithaya will preside over the function on 18th December.

Pro Kabaddi players like Saurabh Nandal, Mohit Sehrawat, Surender Gill, Balram, Parveen Attri, and Vinay will be seen representing their universities in the tournament. With the inclusion of star players like these, the tournament will surely see the competition getting tough for all the teams.