All tied up. A closely contested back-and-forth game between the Gujarat Giants and U Mumba finished with both teams sharing the spoils. The match was tied at 24-24 after 40 minutes in the 63rd match of Pro Kabaddi Season 8. V. Ajith Kumar led the U Mumba with 8 points, while Rakesh Narwal was the star of the show for the Gujarat Giants, scoring 6 points.

Gujarat Giants were behind par in the raiding department scoring 14 to U Mumba's 15 points. When it came to tackling Gujarat Giants scored 9 points to U Mumba's 8 points. Raids became more fiercely contested in the 2nd half and eventually, the match ended in a tie.

Gujarat Giants captain Sunil Kumar scored 2 where as U Mumba captain Fazel Atrachali picked 0. The mainstay of the Gujarat Giants was Parvesh Bhainswal staying on the mat for 95% of the raids. 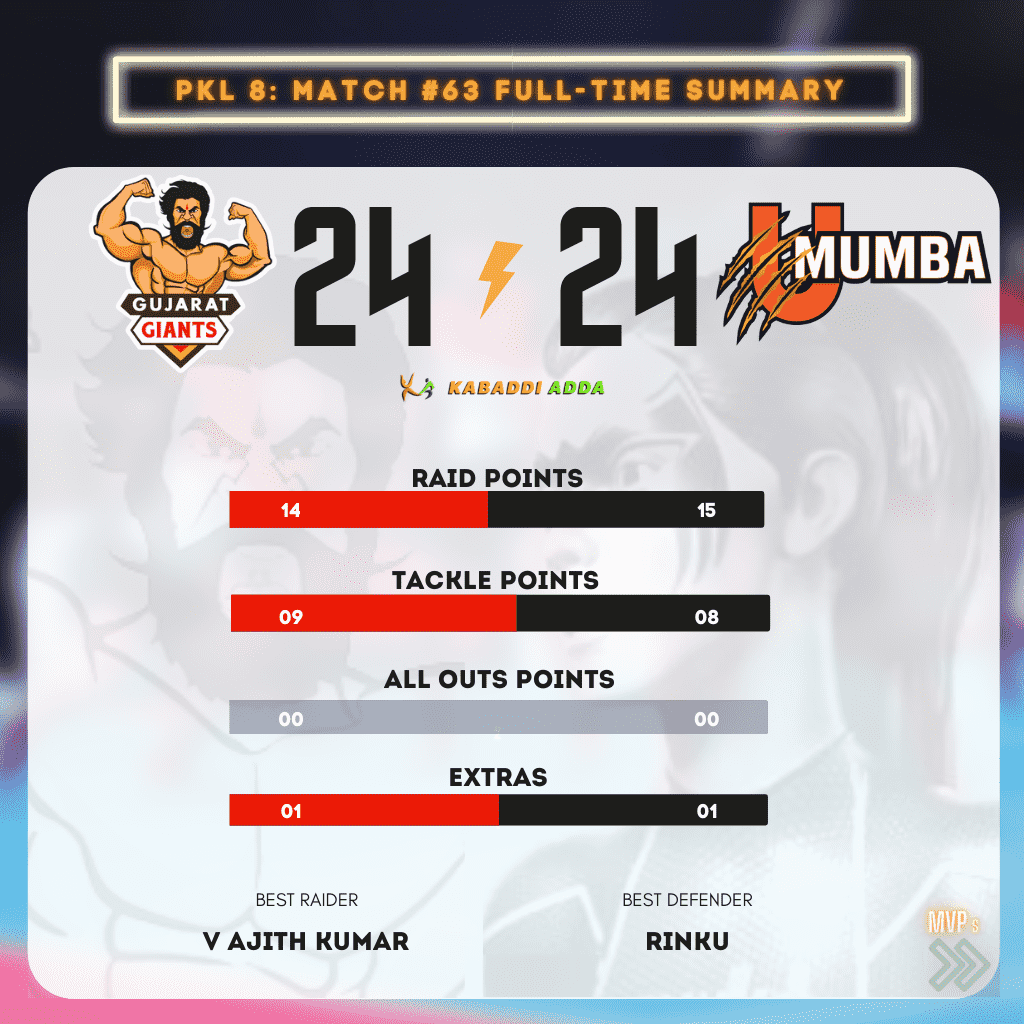