Day 1 of the 67th Senior National Kabaddi Championships went underway at the Poornima University campus in Jaipur. Groups G and C had two games each where home team Rajasthan, Himachal Pradesh, Maharashtra, and other teams were seen in action from the two pools.

In Group G the home team Rajasthan faced off against West Bengal which was again a one-sided encounter where they beat WB with scores reading 57-11. Sachin Tanwar went all guns blazing as he picked up the first super raid of the match where he scored 4 points to take the score to 6-1 in the early minutes of the game. Soon West Bengal went into their first all out of the game little did they know that there were more all outs in store for them. Deepak Niwas Hooda did not raid at all in the 1st half of the game but was seen leading the team well to keep Rajasthan in the lead in the first half with scores 36-6, Rajasthan inflicted 3 all outs in the first half of the game. The story continued in the 2nd half where the home team kept getting points and the home crowd was eagerly waiting and chanting to get Deepak Hooda on Raid and finally, Deepak Hooda went for a raid but was tackled to bring silence in the venue, but soon was back on mat to score his first raid point of the game and take Rajasthan to a easy win against J & K. Bijendra Choudhary top-scored for the home team with 14 points to his name and well supported by Kamal Kishore and Sachin with 8 and 6 points respectively. 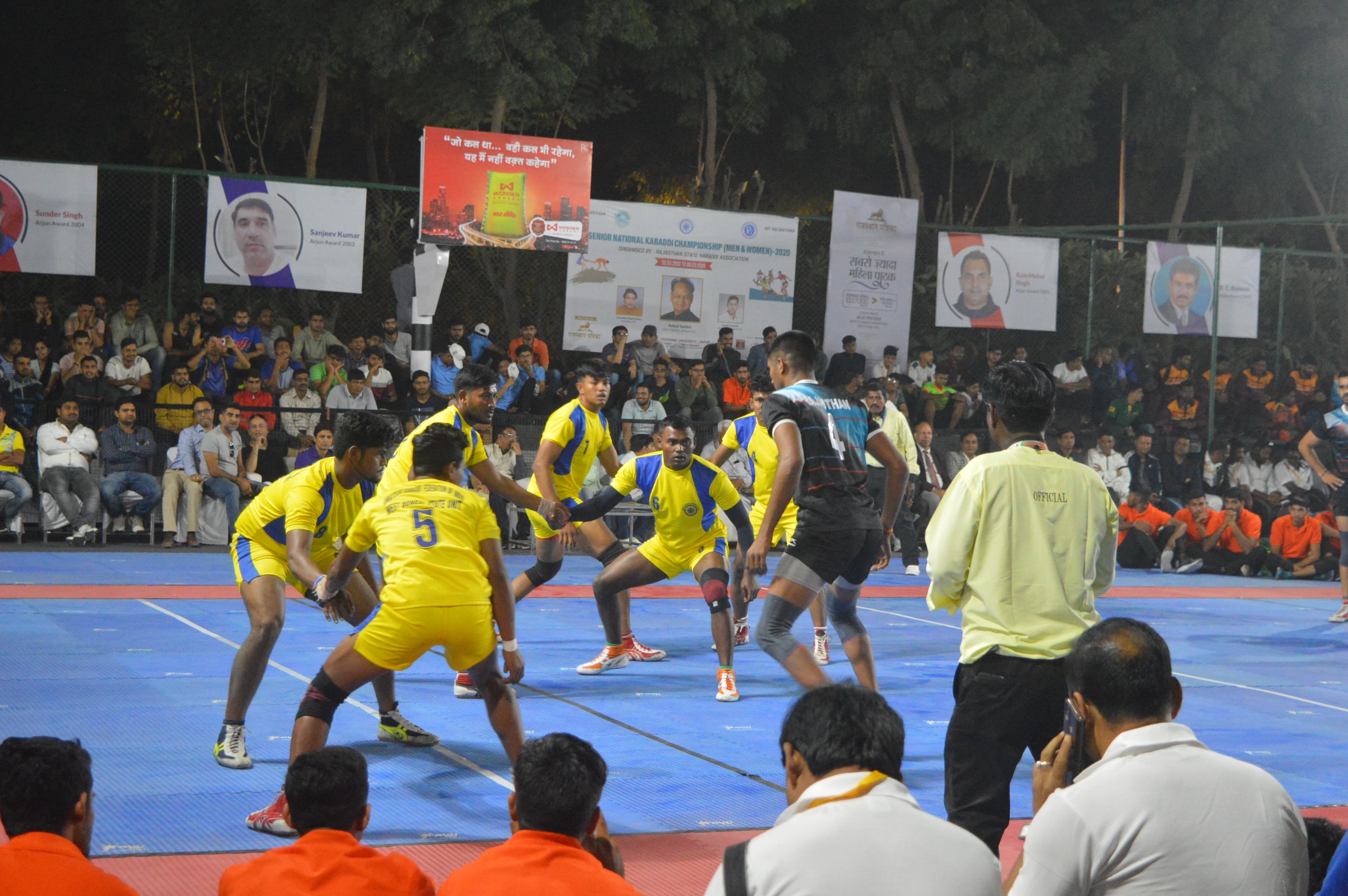 The first game of group C saw Maharashtra in action against Jammu & Kashmir where Maharashtra got the better of J & K in a one-sided encounter with scores reading 47-24. Pankaj Mohithe started proceedings for Maharashtra by pinching a bonus point, soon Mahashtra Pushed J & K to the first all out of the game and took a 10-0 lead in the game within the first 6 minutes of the game. J & K soon opened their account with a 4 point multipoint raid by Keshav Singh but this did not do any good as Maharashtra kept getting points to finish the first half with the score reading 26-10 in favor of Maharashtra. The 2nd half saw Maharashtra take full advantage by scoring points regularly to keep J & K at bay and closed the game with scores of 47-24 to grab their first win in the tournament.

In the 2nd match of group C, it was Himachal Pradesh facing off against Manipur where the star-studded Himachal were all over Manipur with scores reading 52-23 which was again a one-sided affair.
Himachal had players in the likes of Ajay Thakur, Vishal Bhardwaj, Surinder Singh and Baldev who set the tone to take Himachal to their first win in the tournament. Vishal Bhardwaj top-scored in the game with 10 points and well supported by Umesh Sharma and Surinder Singh who picked 7 and 5 points respectively. 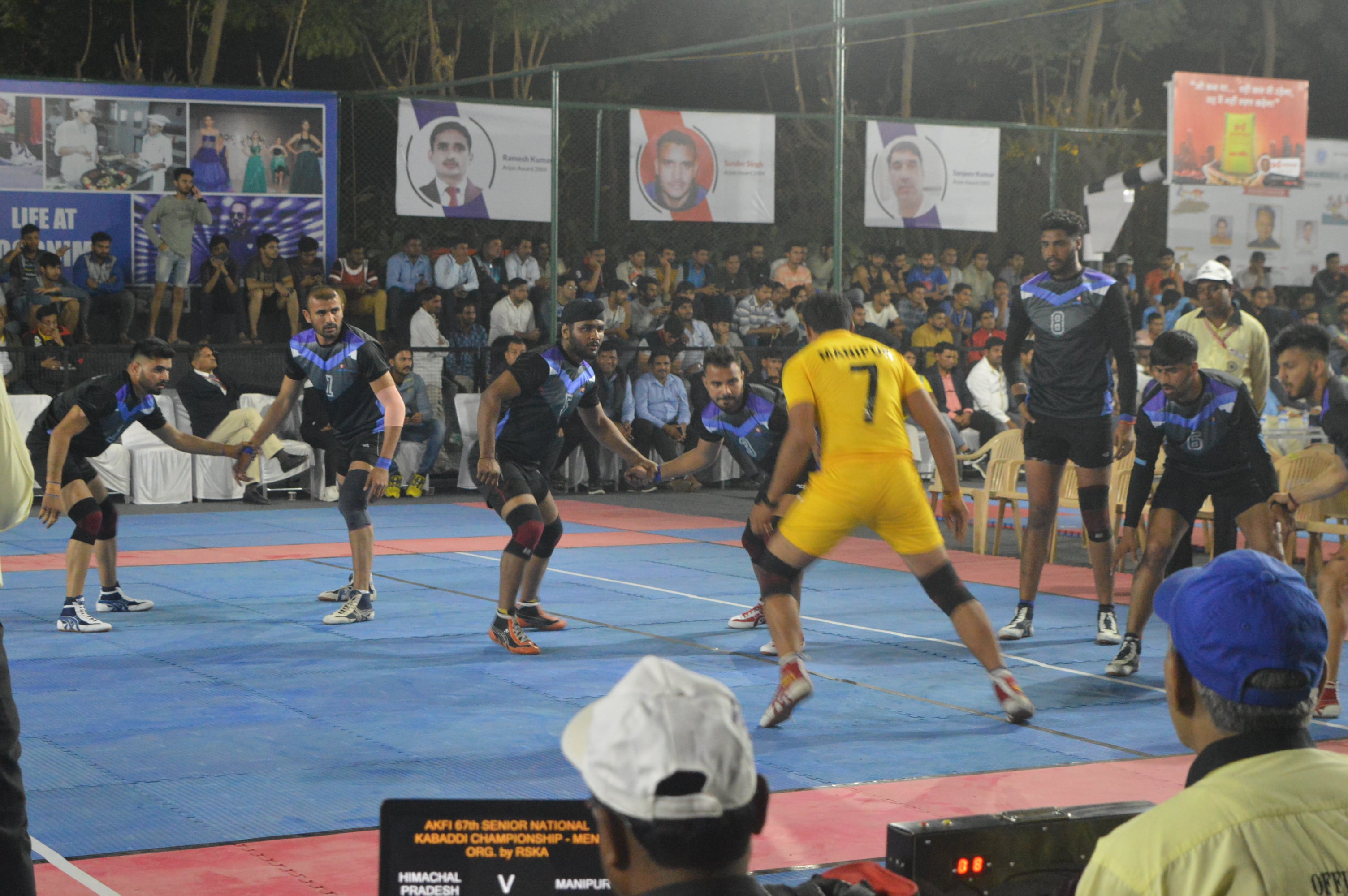 2nd match of Group G had Odisha facing off against Uttarkhand which was also a one-sided contest as Uttarkhand defeated Odisha with scores reading 45-23. Sumit Kumar and Om Kumar stealing the show by scoring 9 and 8 points respectively to keep Odisha out of the game from the word go and closed the game with 22 points difference.