Meraj Sheykh's heroics who scored 13 crucial raid points in 19 raid attempts also completed his 300 raid points in PKL career led Dabang Delhi KC to win against Bengal Warriors in the 3rd wild card match of Prokabaddi season 6. Maninder Singh begin the proceedings with his brilliant 3 points super raid, while Meraj Sheykh went back empty hand. In the 2nd minute Naveen scored first 2 points for Dabang Delhi. In the 3rd minute score was leveled at 3-3 and it remained a tight game in the first 10 minutes. In the 10 minute Naveen was on raid and he pushed Jang Kun Lee and Baldev out of the mat and score was leveled, 10-10.

In the 13th minute Dabang Delhi took slender 1 point lead and were able to hold it till the half time. Dabang Delhi inflicted the first all-out in the 16th minute and Dabang's took 6 points lead. Bengal Warriors defenders were brilliant on the previous day against Patna Pirates but failed to impress in the first half and Warriors could just score 1 tackle point. Maninder Singh was consistent and scored 7 points in the first half. Dabang Delhi walked into the half time with 6 points cushion, 20-14. 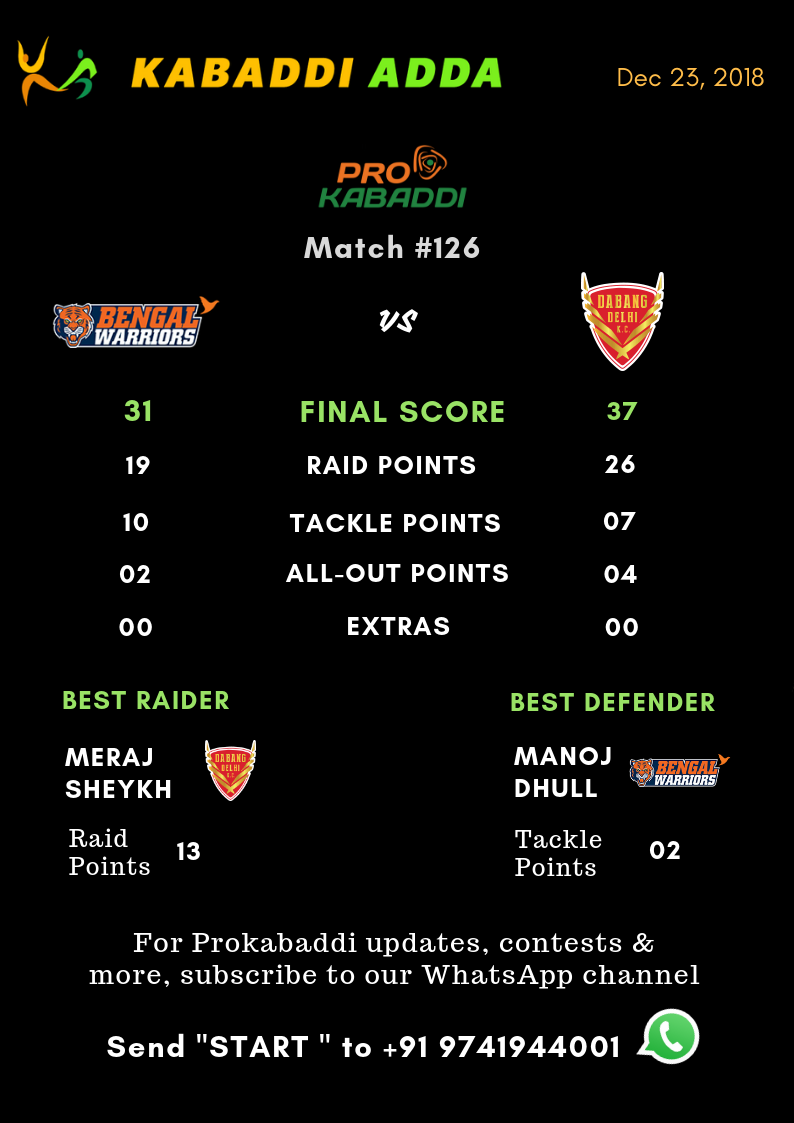 Dabang Delhi were leading till the 38th minute and last five minutes turned into a thriller in the 36th minute Bhupender Singh pushed Joginder Narwal out of the mat and in the next minute Meraj Sheykh was sent on the bench in a super tackle. In the 39th minute a brilliant super tackle led by Bhupender Singh sent Naveen on bench and Bengal Warriors were back in the game score was leveled, 31-31. 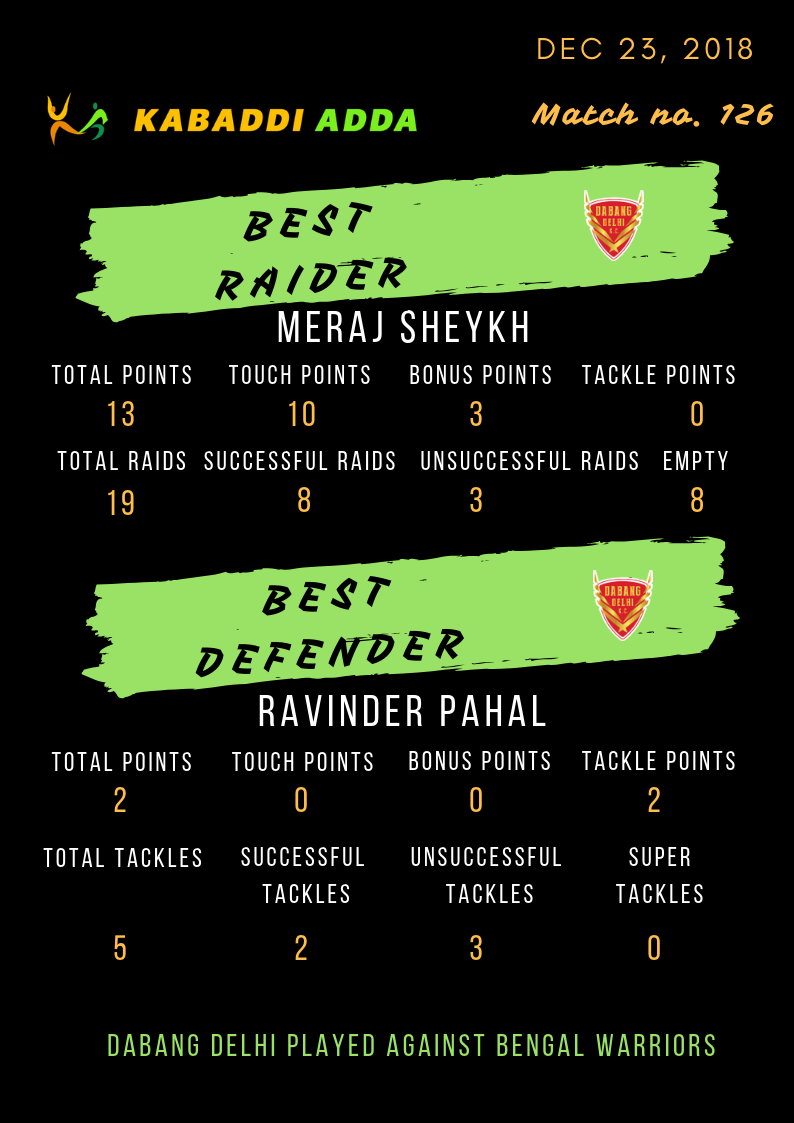 Last minute score leveled and Meraj Sheykh on raid, 3 men on mat, super tackle situation, Meraj created the flutter, pushed Surjeet on the edge he could not control himself and he was self out, other 2 players tried to tackle but unsuccessful, Meraj on a 5 points raid, Dabang Delhi KC inflicted the 2nd all-out and snatched away the win from Bengal Warriors, with 37-31 final score on the borad. 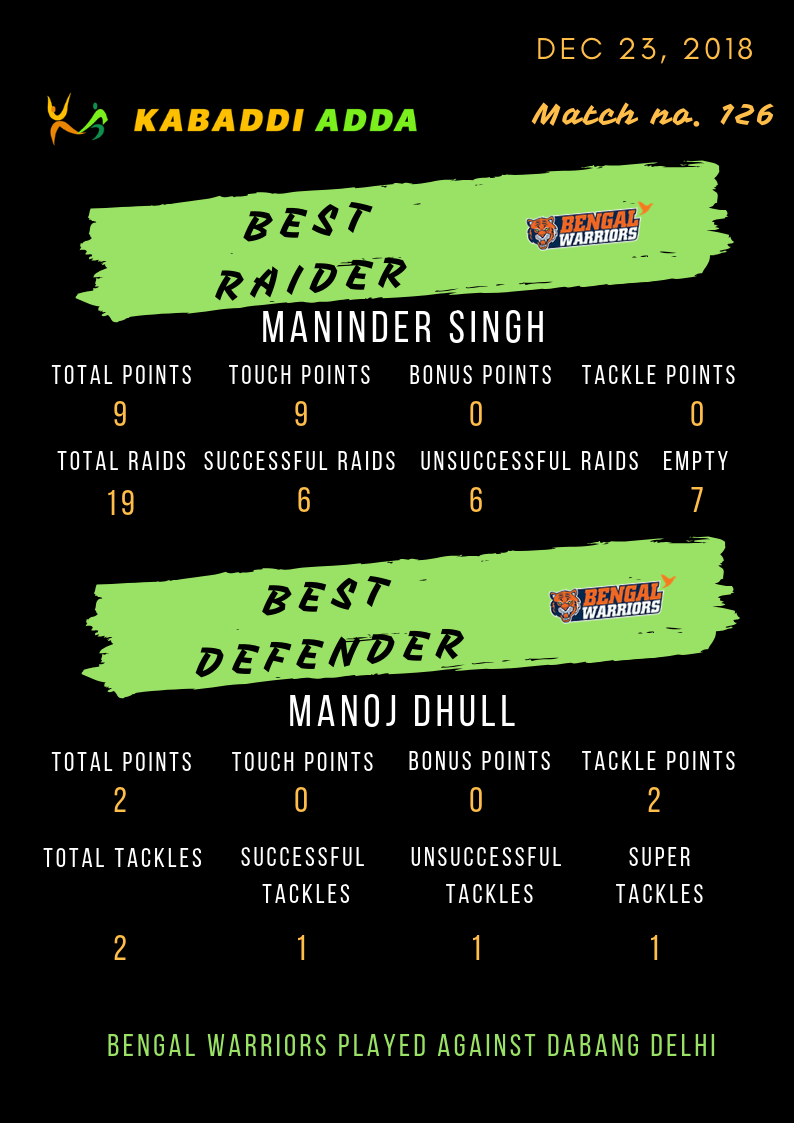 Stay tuned with us as on the 4th day of their home-leg Bengal Warriors will take on Telugu Titans: 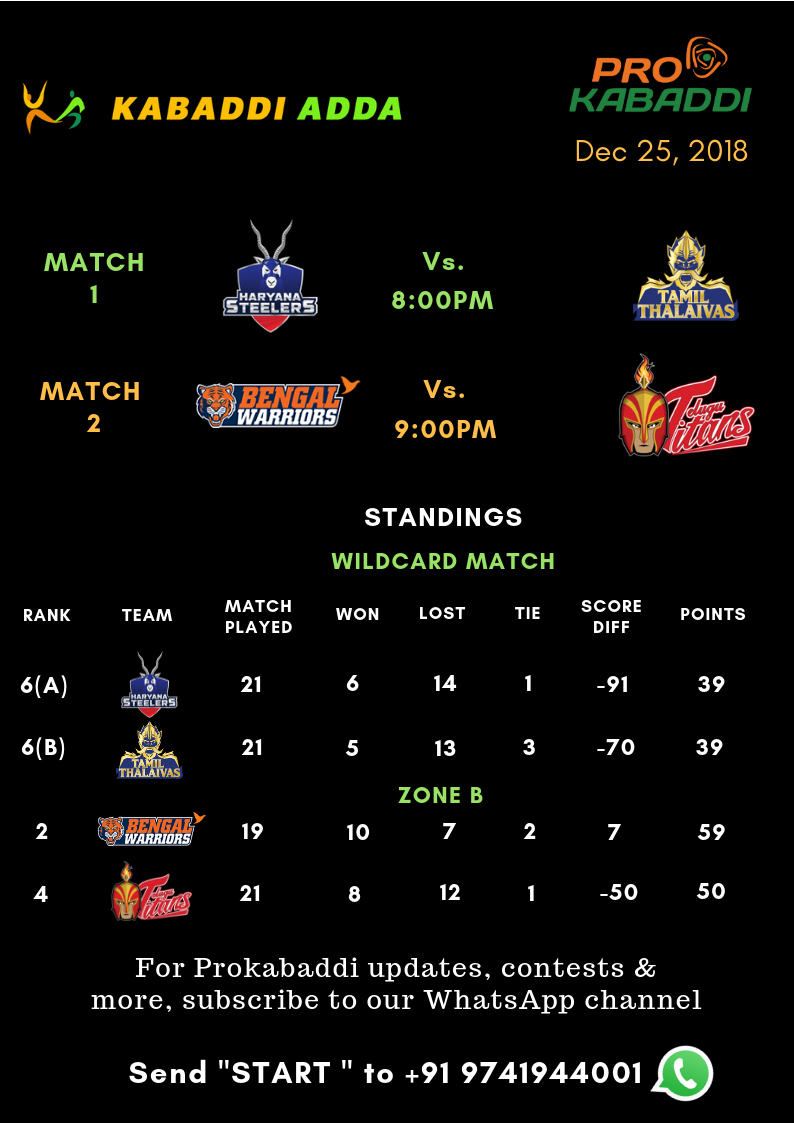