Naveen 'Express' Kumar proved once again why he is regarded as one VIVO Pro Kabaddi League's best raiders as he helped his Dabang Delhi K.C. side win 46-44 against Jaipur Pink Panthers at the Sree Kanteevara Stadium in Bengalurua on Wednesday.

The raider picked up 16 points, including a record-setting 10th consecutive Super 10, as the Delhi side overcame a stiff challenge from Jaipur Pink Panthers to consolidate their position on top of the points table. 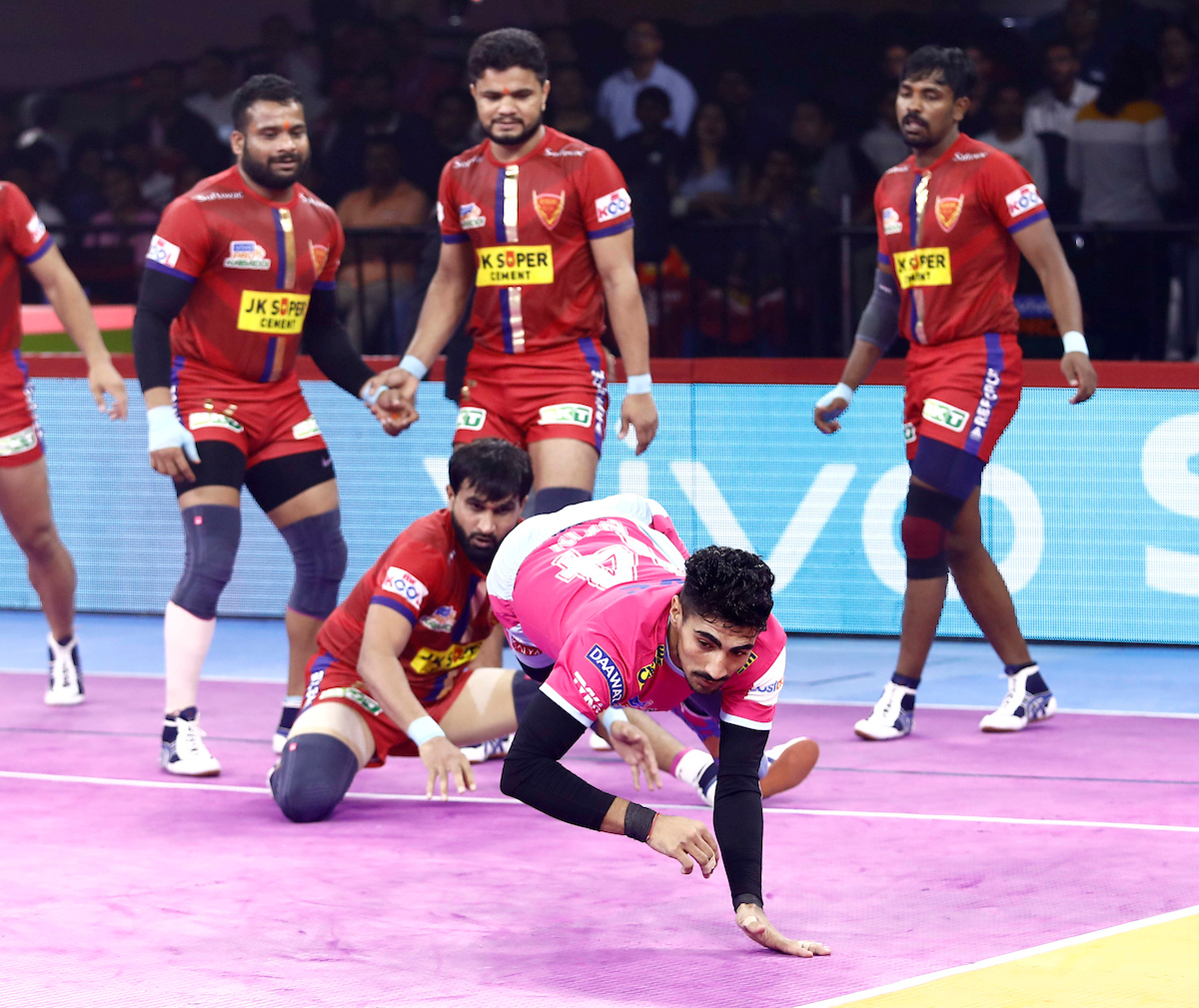 The first half of the match saw both teams trade major blows. The Delhi unit had a dream start to the match when their raider Chandran Ranjit pulled off a might 5-point raid in the second minute of the match to severely reduce the Jaipur men on the mat. The Pink Panthers, who went into the game of the back of a three-match losing streak, looked clueless as a dominant Delhi side inflicted the first All-Out of the match in the fourth minute (fastest All-Out this season). Jaipur didn’t take the All-Out lightly though and captain Deepak Niwas Hooda initiated a comeback with some strong raids. Nitin Rawal picked up a five-point raid in the 12th minute to clean up the Delhi players and force an All-Out on the table toppers. The closely-fought first half ended with Dabang Delhi leading by two points (21-19). 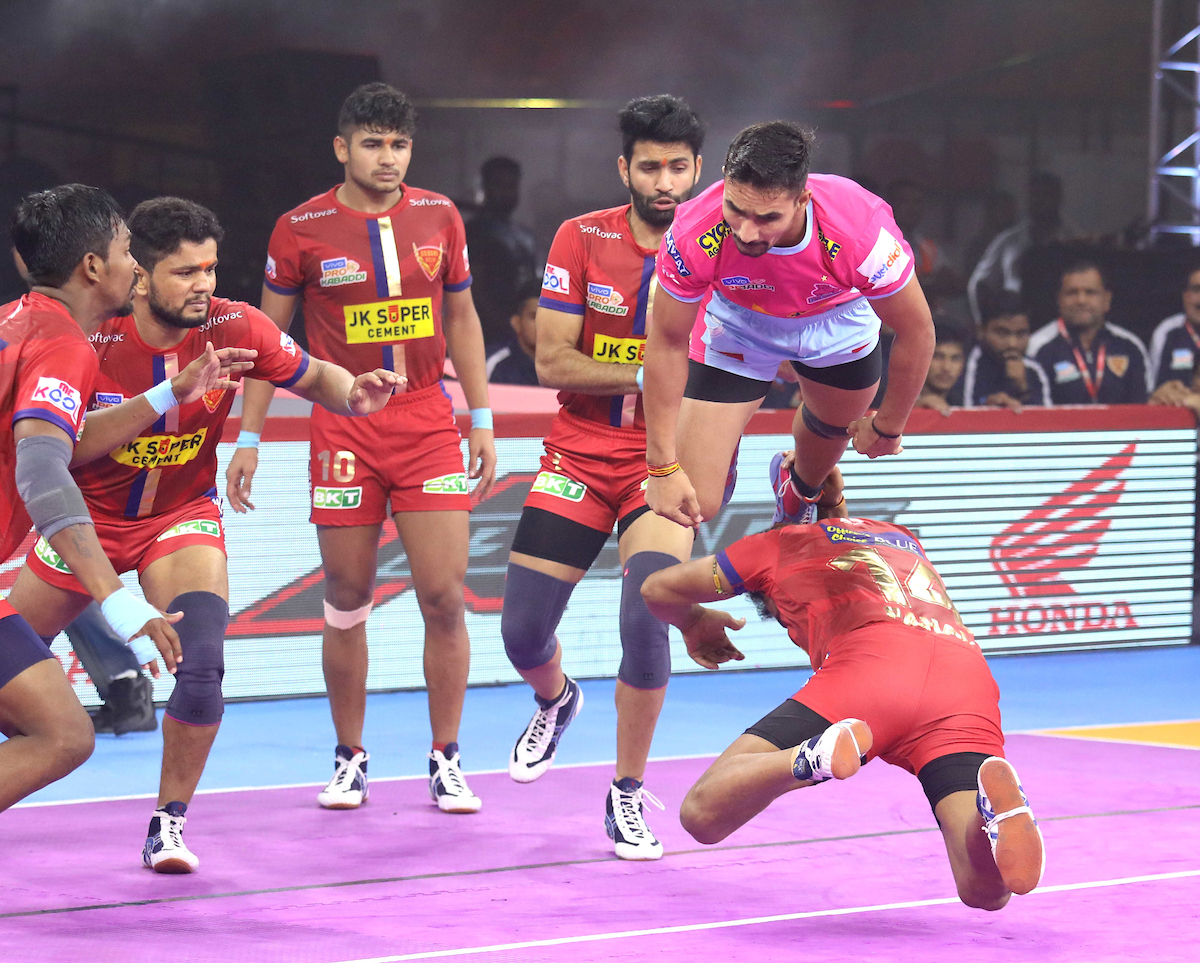 The second half, much like the first, started with the Delhi side on the front foot. But Sachin Narwal produced an important two-point raid that saved the Pink Panthers from an All-Out and handed the momentum to the Season one winners. Elavarasan produced two mighty Super Tackles as the Pink Panthers started moving into a lead and the Jaipur team inflicted another All-Out on Delhi in the 12th minute of the second half to make the scores 35-29 in their favour. The incredible Naveen Kumar kept the Delhi side in the game though, clinching his 10th consecutive Super 10 with five minutes remaining. A three-point raid by Delhi's Vijay in the dying minutes made it a close affair. And not surprisingly it was the table-toppers who calmed their nerves to pick a final minute All-out that pushed them to a 2-point lead that proved enough for a win. Jaipur will only have themselves to blame for the loss, throwing away big leads in the second half, and will be looking to rectify them before their next match against the Haryana Steelers.