Pro Kabaddi League announced an update to their upcoming match schedule today. Instead of 2 matches per day, for the next 3 days, there will be only 1 match every day. 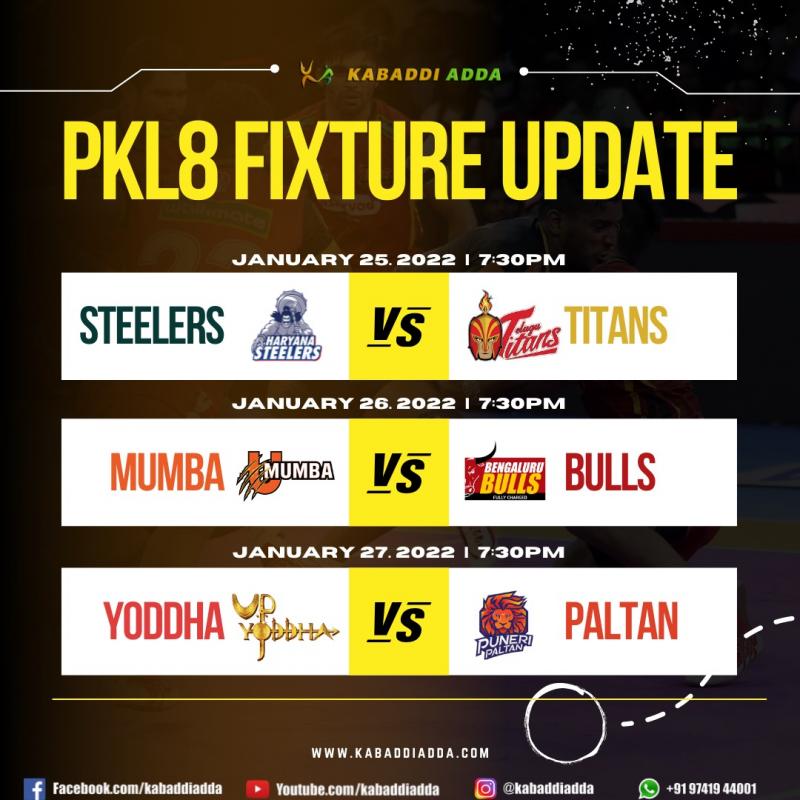 As per the updated schedule:

On 26th January 2022, U Mumba will be up against Bengaluru Bulls at 07:30 PM. Earlier the matches scheduled for the day were Tamil Talaivas vs U Mumba and Bengaluru Bulls vs Dabang Delhi.

On 27th January 2022, UP Yodha will play against Puneri Paltan on 07:30 PM. As per the earlier schedule, the matches were UP Yodha vs Jaipur Pink Panthers and Gujarat Giants vs Puneri Paltan.

There is no official update so far regarding the reason behind the changes in the schedule of PK 8.