The first half was a display of complete domination by Dabang Delhi KC over the Patna Pirates led by their star raider Naveen Kumar and the Hawk Ravinder Pahal. An All-Out inflicted on the Patna Pirates with just 3 minutes into the match pushed Patna on the back foot. Vijay, Chandran Ranjit, and Naveen Kumar all had their fair share of raid points which gave Delhi a massive lead of 12 points. Pardeep Narwal executed a perfect Super Raid, which marked the beginning of a comeback by the Pirates. The Patna Pirates managed to reduce the deficit to 9 points which somehow kept them alive in the game going into the second half.

Ravinder Pahal with 4 tackle points proved lethal for Pardeep Narwal and the Pirates. Pardeep Narwal was the lone ranger for the Pirates getting yet another Super-10 under his belt. In the blink of an eye, Pardeep Narwal with his sheer brilliance reduced the gap between both the teams to just 2 points. However, Naveen Kumar had the last laugh acing the last do or die raid of the match, ending the home leg of Delhi with a 3 points victory. Naveen Kumar and Pardeep Narwal scored 33 raid points between them which was quite enthralling and electrifying for the spectators.

Match number 66 of the Pro Kabaddi League Season 7, table-toppers Dabang Delhi are going head to head against bottom-placed Patna Pirates at Thyagraj Indoor Stadium on Friday. Captain Joginder Narwal would be keen to repeat the winning streak and end the home-leg on a higher note supported by raiding sensation Naveen Kumar.

Patna are loitering at number 12 in the points table as not a single raider has supported Pardeep in the raiding department and that has been a major concern for Pirates. One-sided affair is what is anticipated out of today's encounter favouring the Dabang's of Delhi. 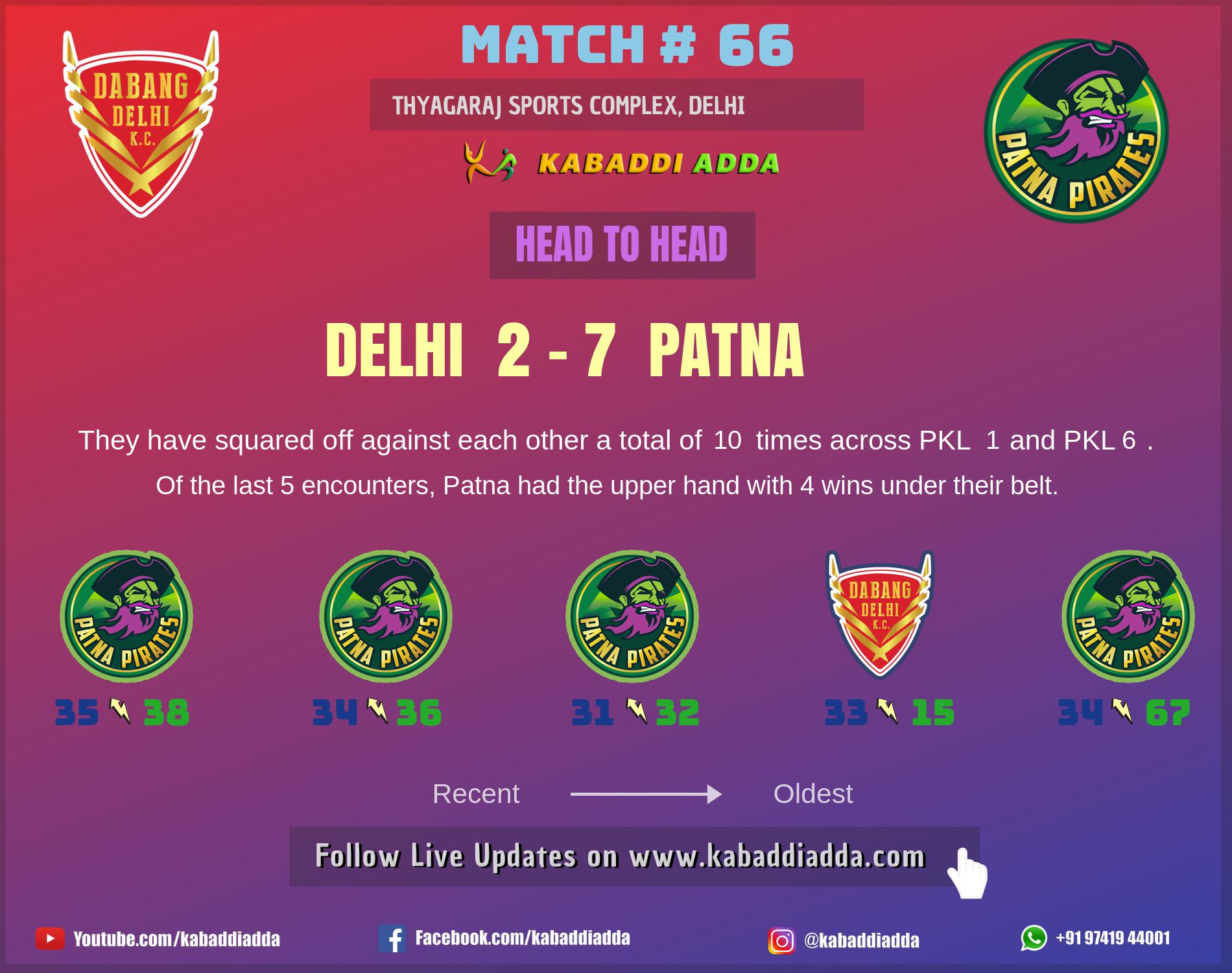