Bengal Warriors staged a late moment of brilliance with just over a minute to go in the Second Half, coming from a trailing position to record victory over a brave Puneri Paltan side 42-39, at the Netaji Subhash Chandra Bose Indoor Stadium in Kolkata on Sunday. Warriors' captain Maninder Singh and Puneri Paltan's Raiding-revelation of PKL 7, Pankaj Mohite both recorded Super 10 each. Mohammad Esmaeil Nabibaksh's 5-point Super Raid proved to be the decisive highlight of the match, as it turned the game on its head in the final minute of the contest.

Puneri Paltan got off to a flying start as they raced to a 4-0 lead within a couple of minutes in the First Half after Paltan's captain Surjeet Singh floored Nabibaksh with a brilliant Dash-Tackle. Bengal Warriors got off the mark with K Prapanjan's Bonus Point as Baldev Singh put in a Super Tackle on Manjeet, and captain Maninder ousted 3 defenders in his Super Raid, putting Warriors in a 2-point lead at 4-6. Maninder further registered 2 consecutive successful Raids along with Warriors' strong Tackles which reduced Paltan to one man on the mat. In the 10th minute, Baldev Singh's Tackle on Paltan's substitute Amit Kumar inflicted the first All Out of the match, putting the home side ahead at 9-13.

With Pankaj Mohite and Emad Sedaghatnia heading the charge, Puneri Paltan responded with a combination of some decisive Defending and efficient Raiding and subsequently forced an All-Out on the home side in the 17th minute, getting back to their lead at 20-19. As Half Time neared, Jeeva Kumar and Maninder helped Bengal Warriors register 2 back-to-back points to end the First Half at 20-21.

Coming into the Second Half, the contest saw both sides exchanging blow after blow with each other as Puneri Paltan managed to regain their lead back. However, Paltan was not able to extend that lead further to a bigger one as the to-and-fro nature of the encounter continued to prevail. With the clock starting to tick down to the end, Paltan put in some effective and crucial Raiding display on account of Mohite and Manjeet that saw them inch closer to inflicting a second All-Out on the home side, with well under six minutes left on the clock. Subsequently, Paltan recorded a second All-Out on Warriors when Girish Ernak's Tackle dismissed Sukesh Hegde, extending their lead to 36-27.

With five minutes remaining on the clock, Puneri Paltan seemed to cruise to a 9-point win over the Home side. However, a 3-point Super Raid by Sukesh Hegde sparked the start of the comeback for the Home side with just over 2 minutes of time remaining. In the closing stages of the end, Mohammad Esmaeil Nabibaksh pulled off a massive 5-point Super Raid on Paltan, ousting Manjeet, Balasaheb Jadhav, and Shubham Shinde.

All Rounder, Mohammad Esmaeil Nabibaksh was expected to deliver more on the Raiding front tonight to support K Prapanjan and captain Maninder Singh in the offense. His game-changing Super Raid in the dying stages of the contest did just that, putting his side on the winning foot ultimately.

Maintaining their composure, Bengal Warriors then went on to register two more successful points which saw captain Maninder Singh complete his Super 10 and claim a thrilling 39-42 victory over the industrious Puneri Paltan side, much to the home crowd's delight.

MatchPreview: Bengal Warriors aiming to get the first Home win against Puneri Paltan

With both teams drawing level scores in their respective previous games, Bengal Warriors and Puneri Paltan will be eager to get a win when they square off at the Netaji Subhash Chandra Bose Indoor Stadium in Kolkata on Sunday.

Bengal Warriors somehow did not hit the top gear in their previous, tightly-contested draw against Gujarat Fortunegiants. After registering a total of 14 points among themselves, Maninder Singh, K Prapanjan and Mohammad Esmaeil Nabibaksh would be looking to add a critical edge to their Raiding display tonight. All Rounder Nabibaksh, in particular, needs to add more to his team's Raiding exploits. Warriors' defense will be marshaled by the experienced Jeeva Kumar, Baldev Singh, and their best defender so far this season, Rinku Narwal (3 High 5s). Aggressiveness in performance will be key to either of the teams tonight. 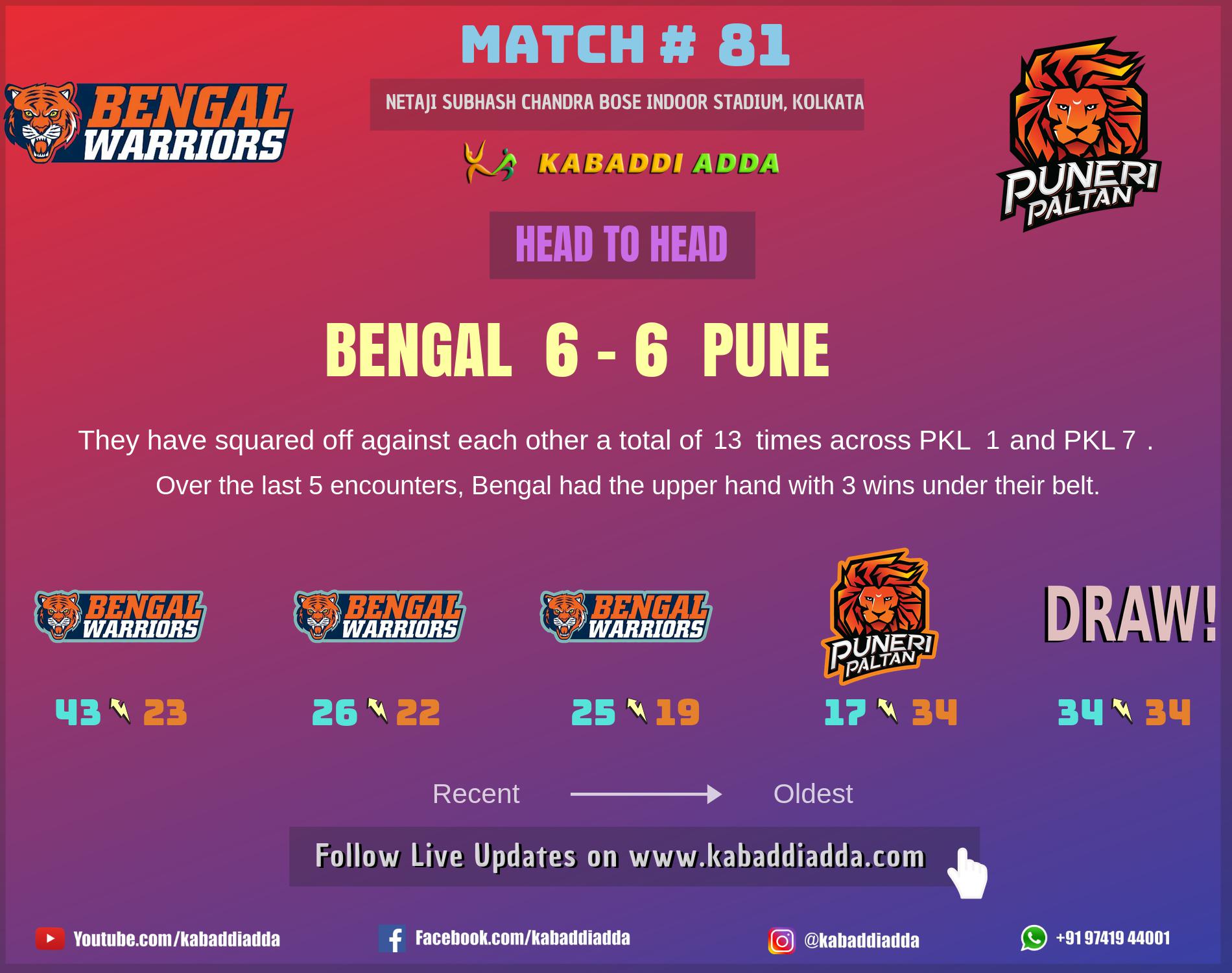 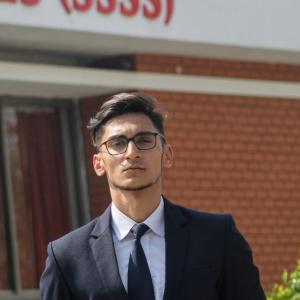