Haryana Steelers beat Tamil Thalaivas with the score reading 43-35, Haryana Steelers both offense and defense working perfectly, clinched the battle with ease against the Tamil Thalaivas. Vikas Kandola stood out for Haryana with yet another Super 10 under his belt. Vinay also completed his Super 10 and pitched in a bunch of crucial points for the Steelers. Rahul Chaudhari completed his fourth Super 10 this season. Ajith Kumar with 9 raid points also put up a great show, despite his team's loss.

The first half was a close encounter between both the teams with raiders dominating proceedings. Thalaivas started the first half strongly led by their star raider Rahul Chaudhari. Raiding duo of Vikas Kandola and Vinay kept the Steelers within reach. Thalaivas conceded an unfortunate all-out in the 14th minute, which put the Steelers at a solid six-point advantage. Sunil from Haryana was rock solid in defense inflicting quite a few fierce tackles on the rival raiders. At half-time, the Steelers inched ahead with the score 16-14.

Rahul Chaudhari, the lone warrior from the Thalaivas, achieved the milestone of a hundred raid points in PKL 2019.

Rahul continued the momentum in the second half by inflicting an All Out on Haryana Steelers. Vikas Kandola completed his super 10 in style and increased his team's lead to four points. Newcomer, Victor Obiero for the Thalaivas put up an exceptional all-round performance with 5 points to his name. With just six minutes left on the clock, Thalaivas suffered a second all-out of the game which shifted the momentum in favor of the Steelers.

Haryana Steelers emerged victorious with the score 43-35 on a night full of two-pointers and failed tackles. The Thalaivas, on the other hand, lost their eighth consecutive face-off. 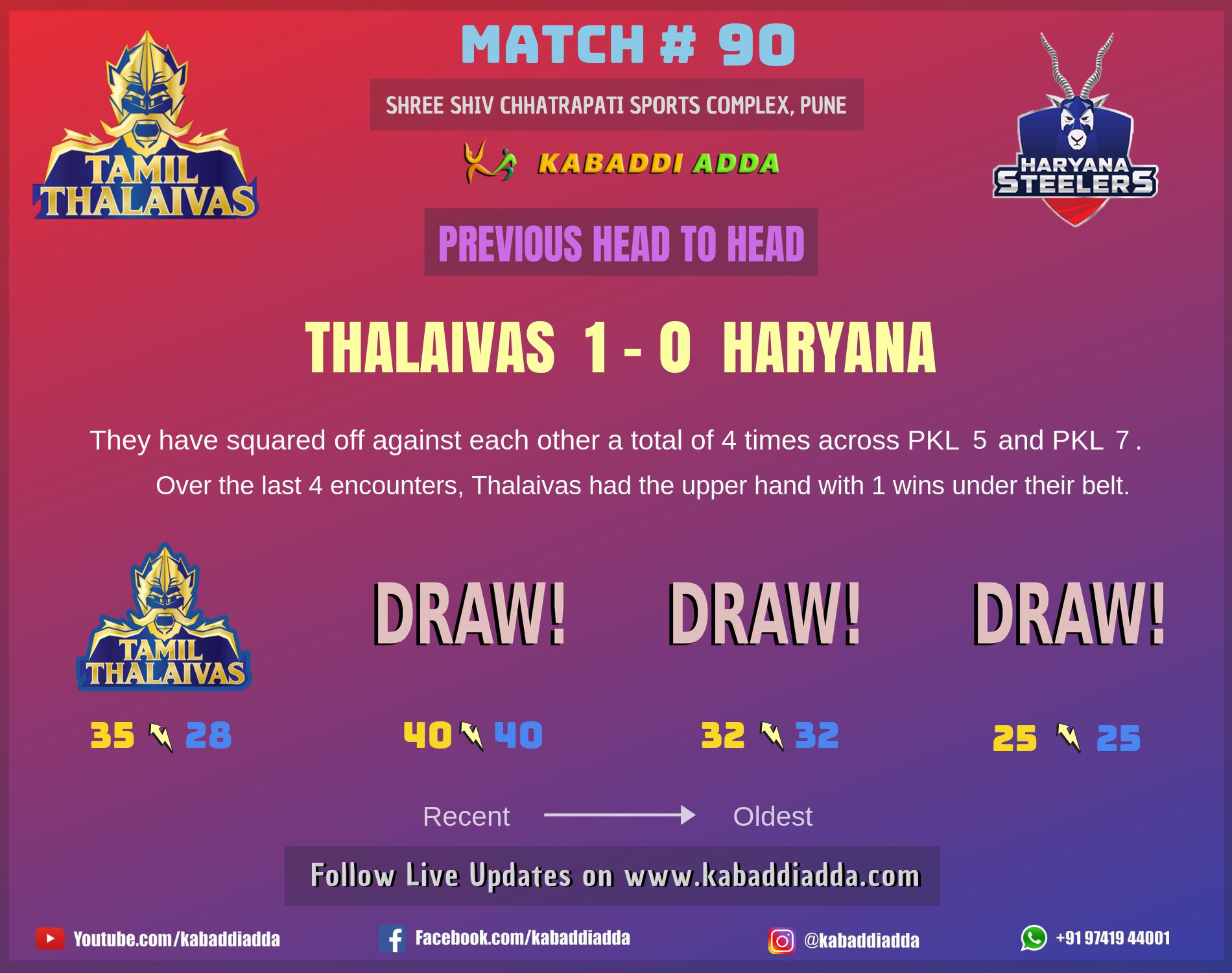