With the league matches over, the All India Inter-University Kabaddi Championship 2019 has reached the knockout stage after two days of play. The top two teams from all the four groups have moved to the quarterfinals. Here is the full schedule:

On the second day of the tournament, a total of 16 matches were played to end the league stage. MD University, GND University, and V.B.S University topped their respective groups with three wins from three matches to show complete dominance over the opponents. In Group B, Kurukshetra University won two of their three matches while the third one ended in a draw with Mangalore University. It was the second tie match for home team after they had tied 37-37 with M.G.K.V.P, Varanasi. They are the only team to have two tied matches to their name in this edition of the tournament.

Here are the All India Inter-University Kabaddi Championship 2019 Results for Day 2: 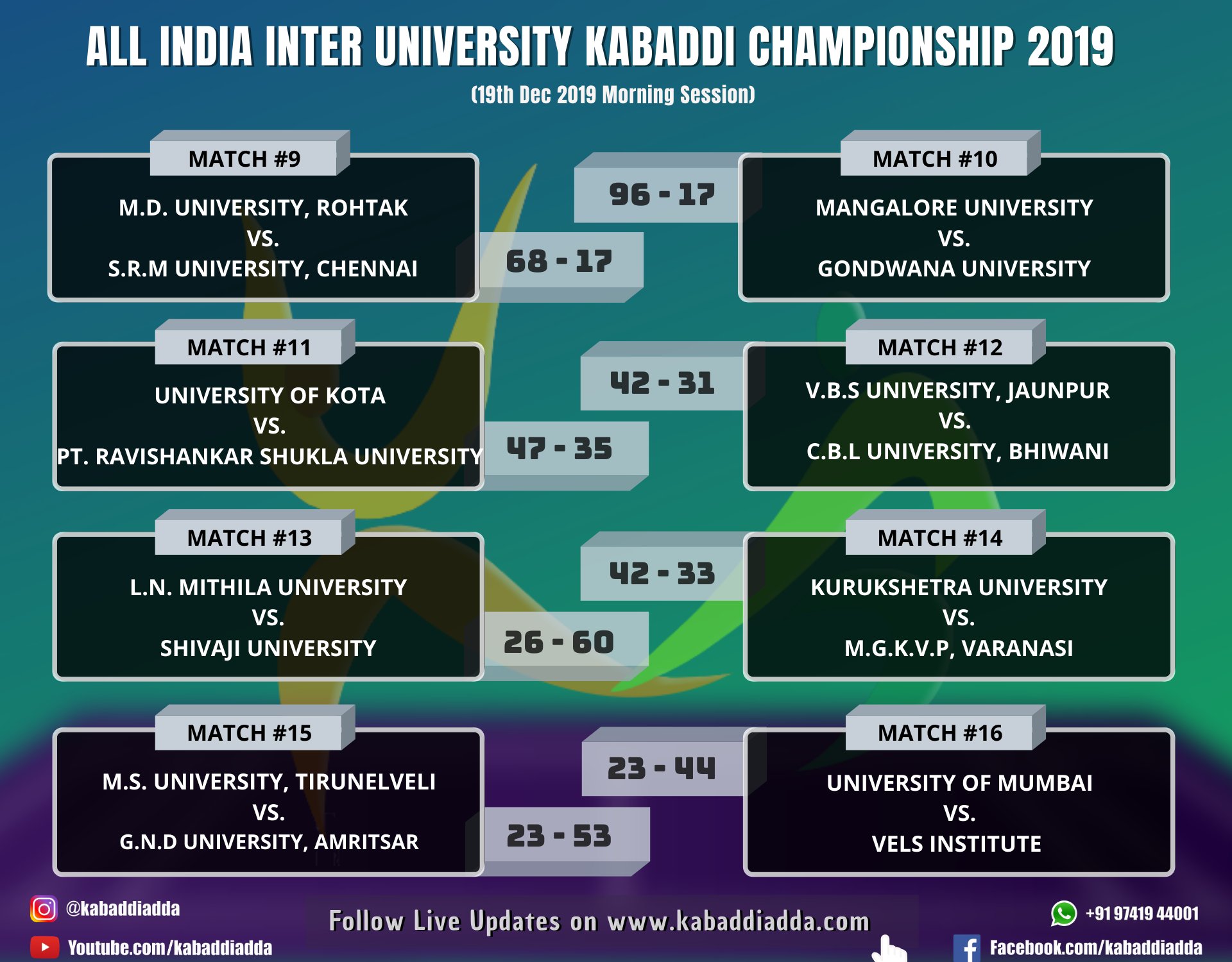 Mangalore University scored the highest number of points in one single match in the tournament when they defeated Gondwana University, Gadchiroli 96-17. 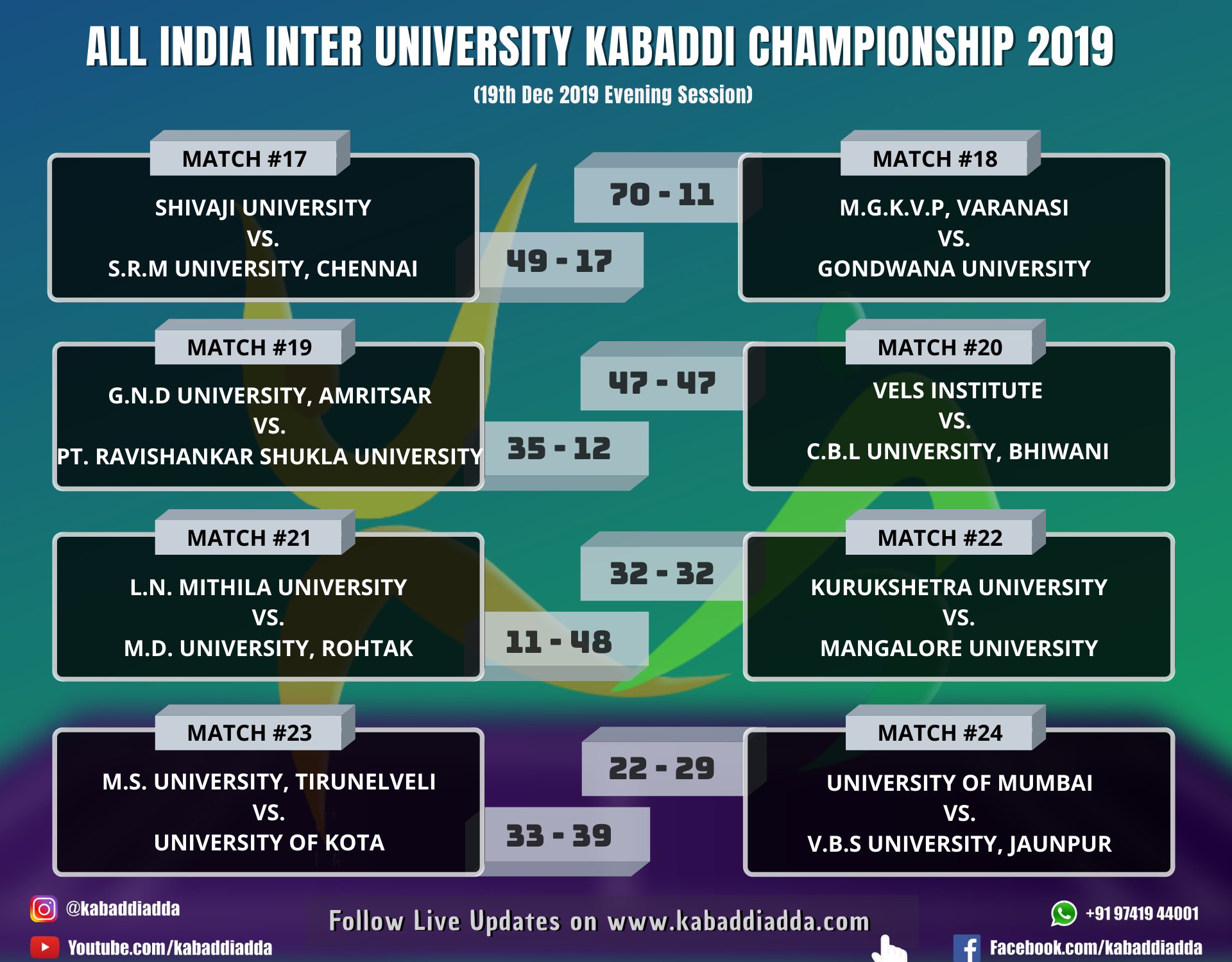