The inter-school and inter-college kabaddi tournaments organized by Gujarat Fortune Giants with the aim to shape future generation of kabaddi players from Gujarat, culminated on Friday, with the Little Giants from Smt. SH Gajera Prathmik Shala, Surat, and Yuva Giants from MTB Arts College, Surat, lifting the winners’ trophies. 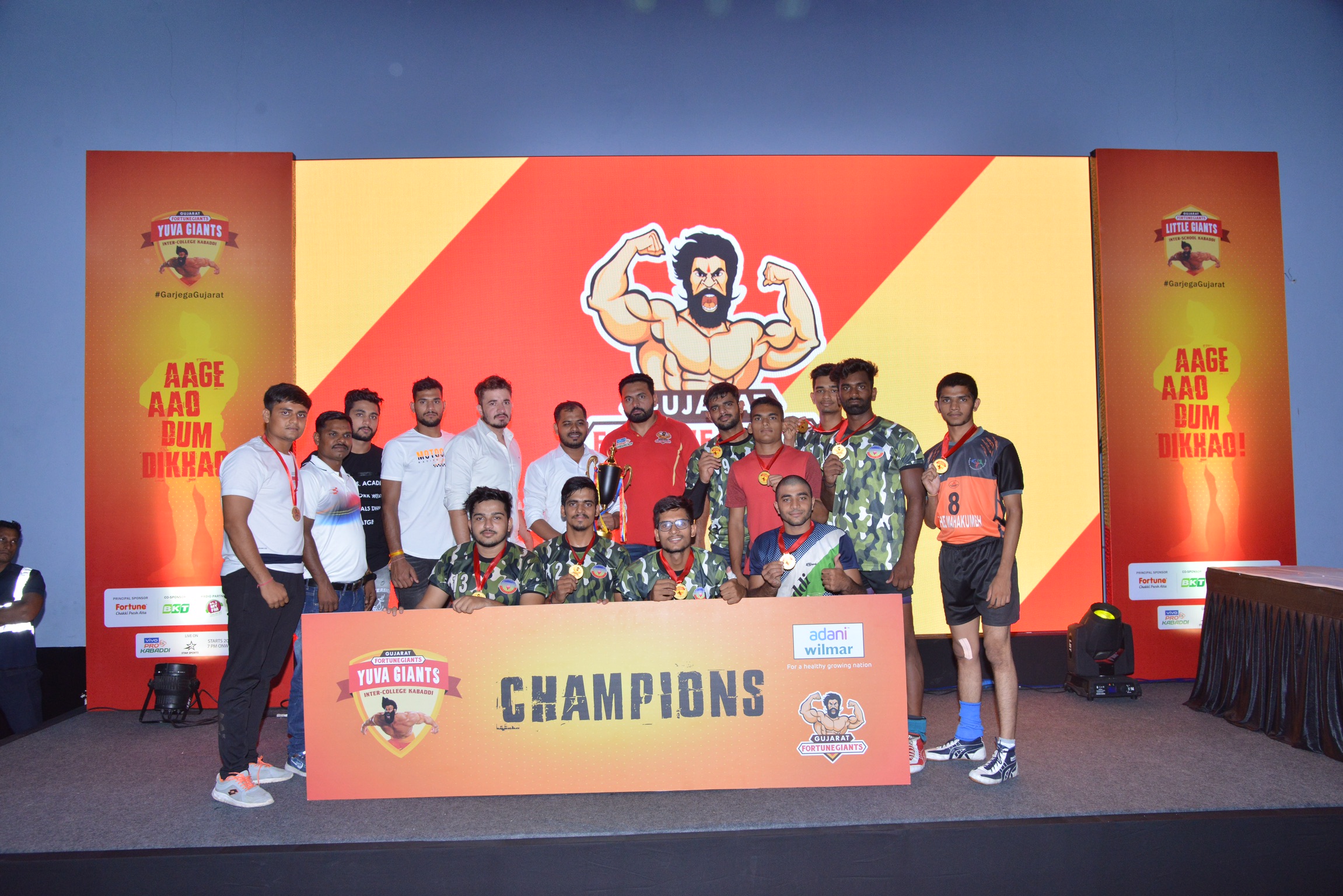 The team from Smt. SH Gajera Prathmik Shala lifted the Little Giants Trophy by defeating the Sant Shri Asaramji Gurukul, also from Surat, with a 47-27 margin.

The Yuva Giants trophy was won by MTB Arts College of Surat, which got the better of Vadodara-based Parul University with a 20-19 scoreline in a close match.

The Arena by TransStadia, Ahmedabad, which hosted the final matches, reverberated with sounds of kabaddi, kabaddi, as the audience cheered the players to put their best foot forward. Gujarat Fortune Giants coach Manpreet Singh, and players Parvesh Bhainswal, Rohit Gulia and Sachin Tanwar, were also present to motivate the young kabaddi players. 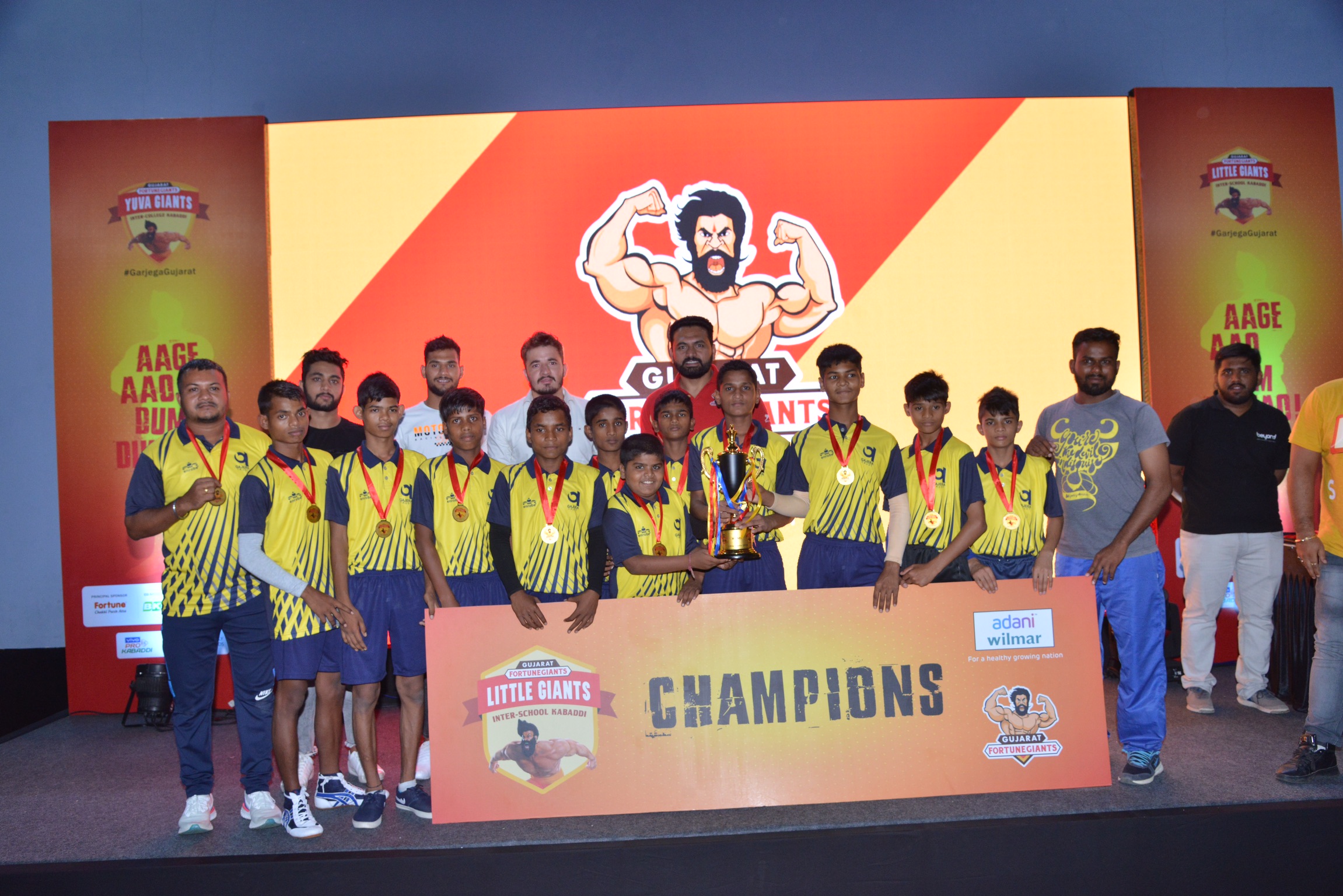 The Little Giants Inter School Kabaddi Tournament saw teams from as many as 128 schools from Ahmedabad, Vadodara, Surat and Rajkot competing in the initial rounds, of which four teams from each city made it to the finals.

The Little Giants Inter School Kabaddi Tournament and the Yuva Giants – Inter College Kabaddi Tournament are initiatives of Gujarat Fortune Giants aimed at popularizing kabaddi as a sport in the state, to encourage more youths to take it up professionally, and to make Gujarat a kabaddi powerhouse. This was the third edition of Little Giants, and the second edition of Yuva Giants.