Edachery Bhaskaran, Coach of the Tamil Thalaivas and the former Championship winning Coach at U Mumba from Season 2 has resigned from his role as Head Coach of the Thalaivas following a terrible run of form for the team from Tamil Nadu, with no wins in their last 7 matches. In a heartfelt post on his Instagram page, Coach Bhaskaran said, “Sometimes things work in your favor and sometimes it won’t…I have tried most honestly as a coach and put in the 28 years of my coaching experience into the Thalaivas squad but unfortunately, we didn't get the results that we all had desired and that's how every sport is....You win sometimes and you lose sometime. So I own the full moral responsibility for it and resign from the post. It was a great honour to coach a team that comes from the 'Home of Kabaddi' and a team which has 2 Arjuna Awardees and a Padma Shri player. My heartiest best wishes are always with the team and blessings with the players.” 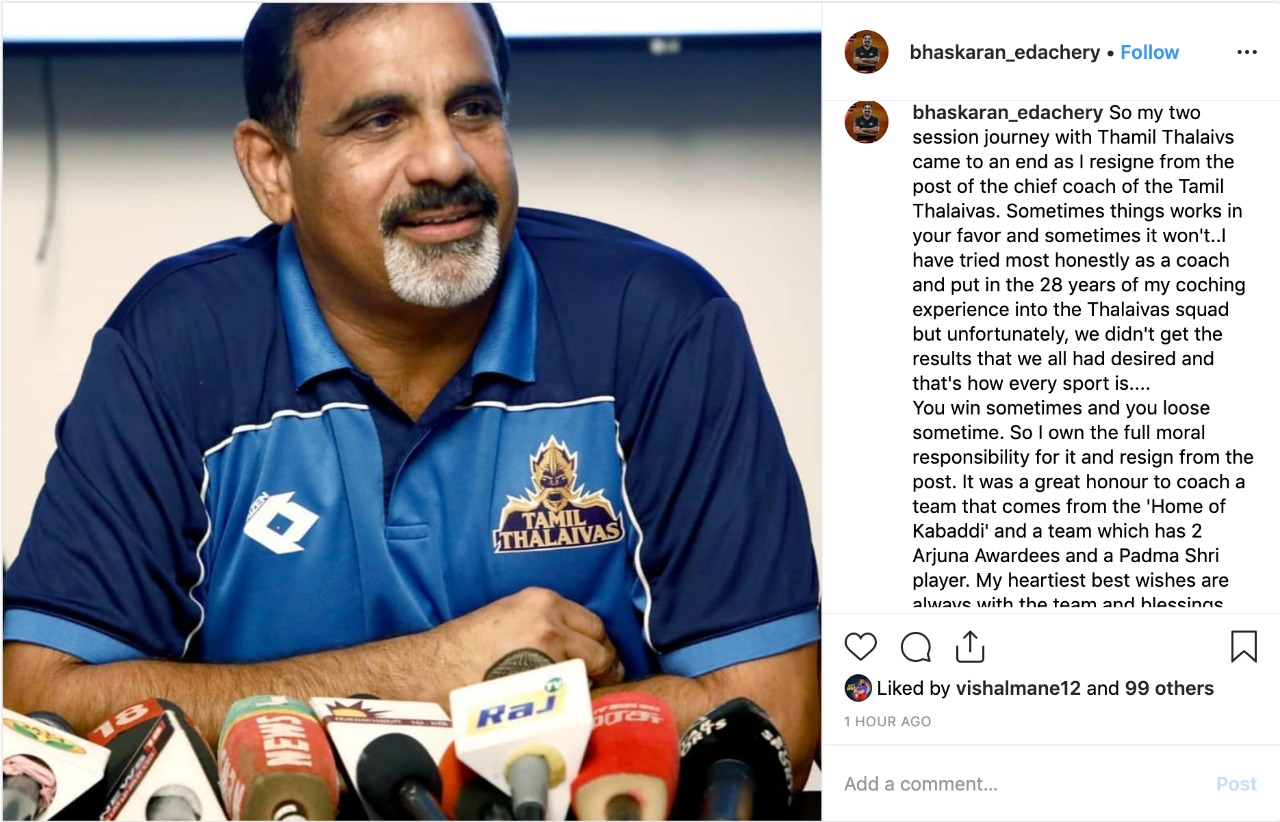 There has been evidence of unrest within the squad and frustration with narrow losses on the face of the Coach for a few games now and was compounded by a Home leg that ended with no wins and three losses. It’s been a patchy campaign for the team so far with just 3 wins from 13 matches leaving the side in 11th spot on the points table, 2nd from bottom.

Sources around the squad say that former Coach of the Telugu Titans & UP Yoddha, Udaya Kumar will take over the reigns with immediate effect. It is not the greatest timing with the business end of the tournament around the corner but maybe a fresh start is what the need of the hour could be too. The Tamil Thalaivas, with the likes of Rahul Chaudhari, Manjeet Chillar, Ajay Thakur and Mohit Chillar in their squad, expected a change of fortunes given the woes over the last two seasons since their inclusion in the Pro Kabaddi League and will need a terrific run of games from here on to keep their playoff hopes alive in Season 7.