Thane Municipal Corporation and Thane District Kabaddi Association have collaberated to organize the Thane Mayor Championship State Level Kabaddi Tournament for Men and Women.
This tournament starts on 24th February and goes on till 28th February, 2019 at the Diva Gaodevi Krida Mahostsav Ground, Diva East. In the tournament, a total of 18 Men teams and 14 Women teams will be participating.
The winning team will get a cash reward of Rs 1,00,000 and a trophy.
The matches commenced after the inauguration and welcome ceremony took place. 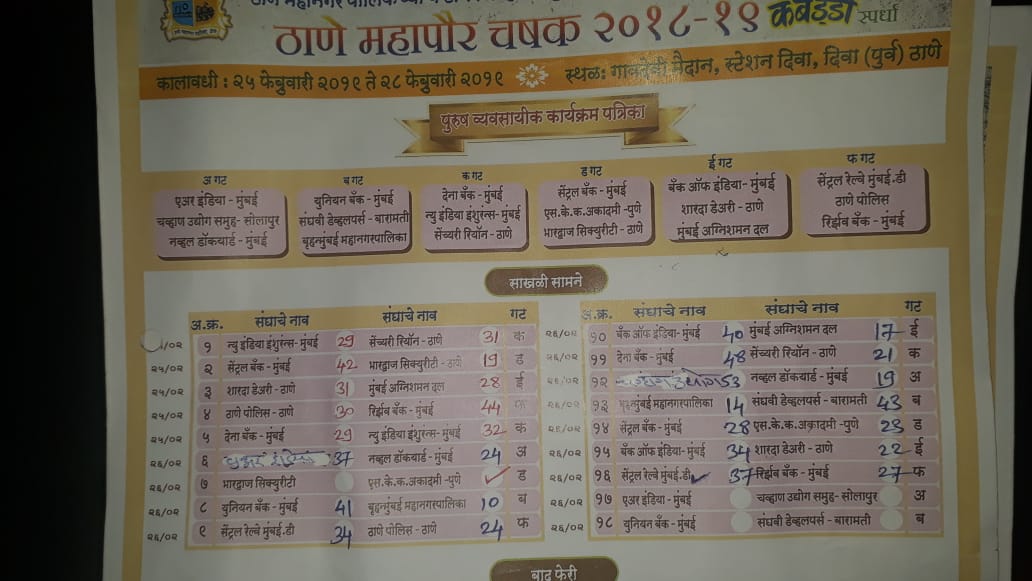 The last match that took place in the Men's division was on 26th February, where Central Railway Mumbai D played against Reserve Bank. Central Railway managed to beat Reserve bank by a scoreline of 37-27. 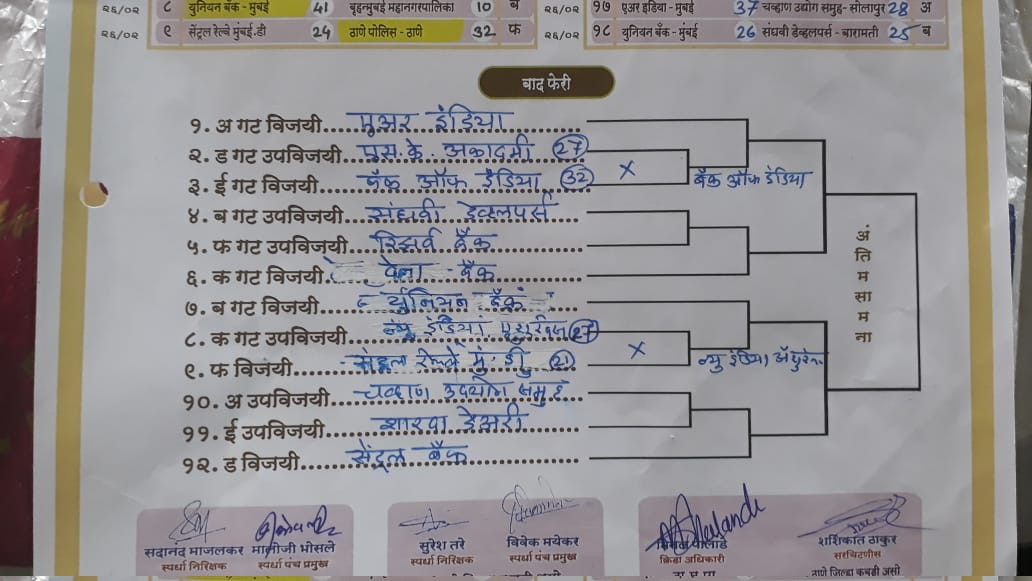 Women’s division
In the women’s division, the first game was played between Thane Municipal Corporation and Yadav Udyog Samuha, Pune. It was Shraddha Pawar, Komal Deokar’s attack and Pooja Jadhav’s defense that let to the victory of Thane as they single handedly thrashed opponents 53-13 by the full time. 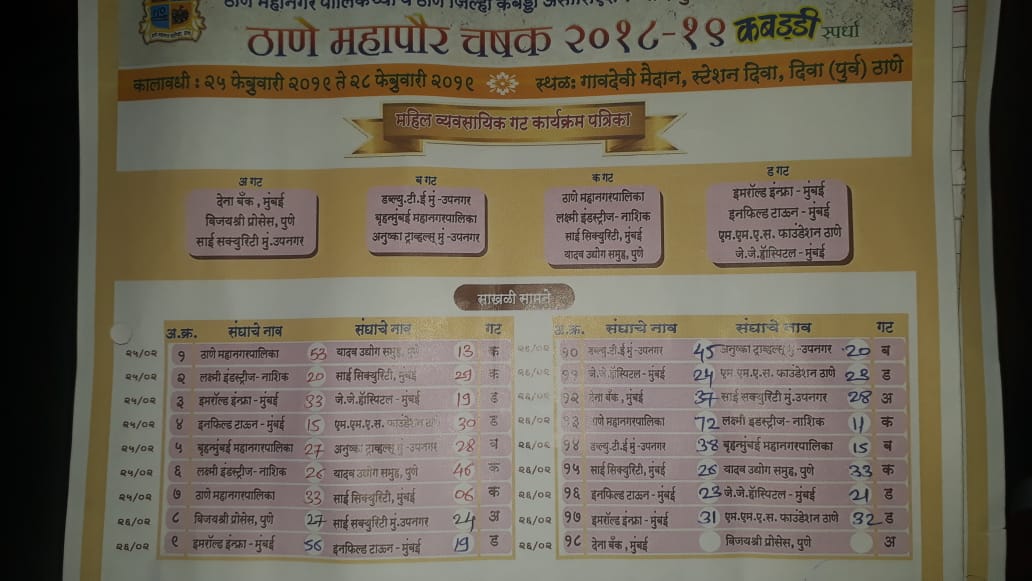 The next match in the Women's division was Sai Security against Lakshmi Industries in which Sai Security scored crucial points which lead to 29-20 victory for the team.
On the other hand Inrald Infra beat J.J Hospital 33-19.

The last match that took place in the women's division was Emrald Infra against MMAS Foundation which was a very close match as the scoreline at the end of the match was 31-32. 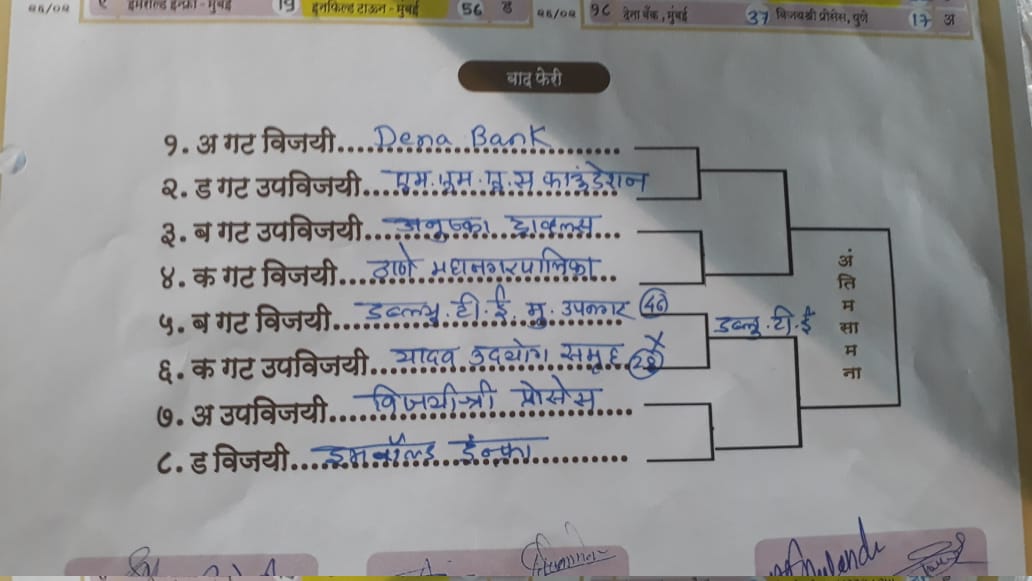