All tied up. A closely contested back-and-forth game between the U Mumba and Bengal Warriors finished with both teams sharing the spoils. The match was tied at 32-32 after 40 minutes in the 57th match of Pro Kabaddi Season 8. Maninder Singh led the Bengal Warriors with 18 points, while Abhishek Singh was the star of the show for the U Mumba, scoring 13 points. 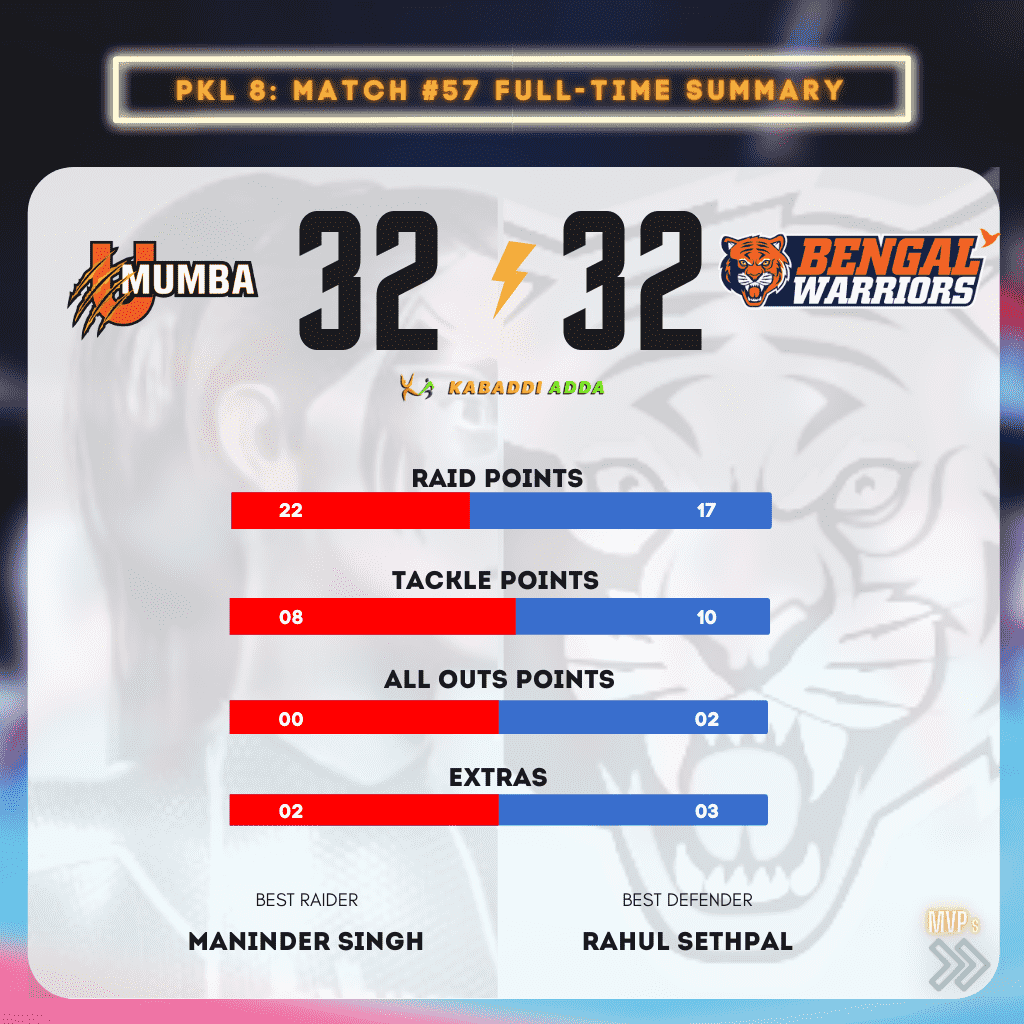