A closely contested ‘Maharashtra Derby’ in the VIVO Prokabaddi League ended in a 33-33 tie with both U Mumba and Puneri Paltan sharing the points in front of a packed audience at theSree Kanteerava Stadium in Bengaluru. Abhishek Singh clinched a Super 10 (11 raid points) for U Mumba as they clawed their back from being six points down in the final five minutes to secure a crucial draw.

But some clever raiding by Abhishek Singh, and a few miscalculated moves by Pune’s defenders, allowed the Mumbai side to make a comeback

The match got off to a slow start with both sets of raiders cautious of the strong defences they were up against. Nitin Tomar was bullied off the mat in his first raid of the match and that set the tone for the first half with both sets of defences performing admirable tackles. Sandeep Narwal was in his ‘beast mode’ for U Mumba while Pune’s Manjeet showed his versatility as an All-Rounder, pulling off impressive Super Tackles. But Mumbai’s raiders were slightly better on the mat and Season Two champions inflicted the first All-Out of the match in the tenth minute to open up a six-point lead. Pune didn’t lose their cool after the All-Out though and ensured they stayed in the game for the remainder of the first half. Mumbai led Pune 16-12 at half-time. Pune, coached by former U Mumba star Anup Kumar, kept doing their work cleverly in the second half, and a smart by young raider Pankaj Mohite, jumping into the lobby when he saw the defenders rushing at him, fetched his side three points and pushed the Mumbai teams towards an All-Out. 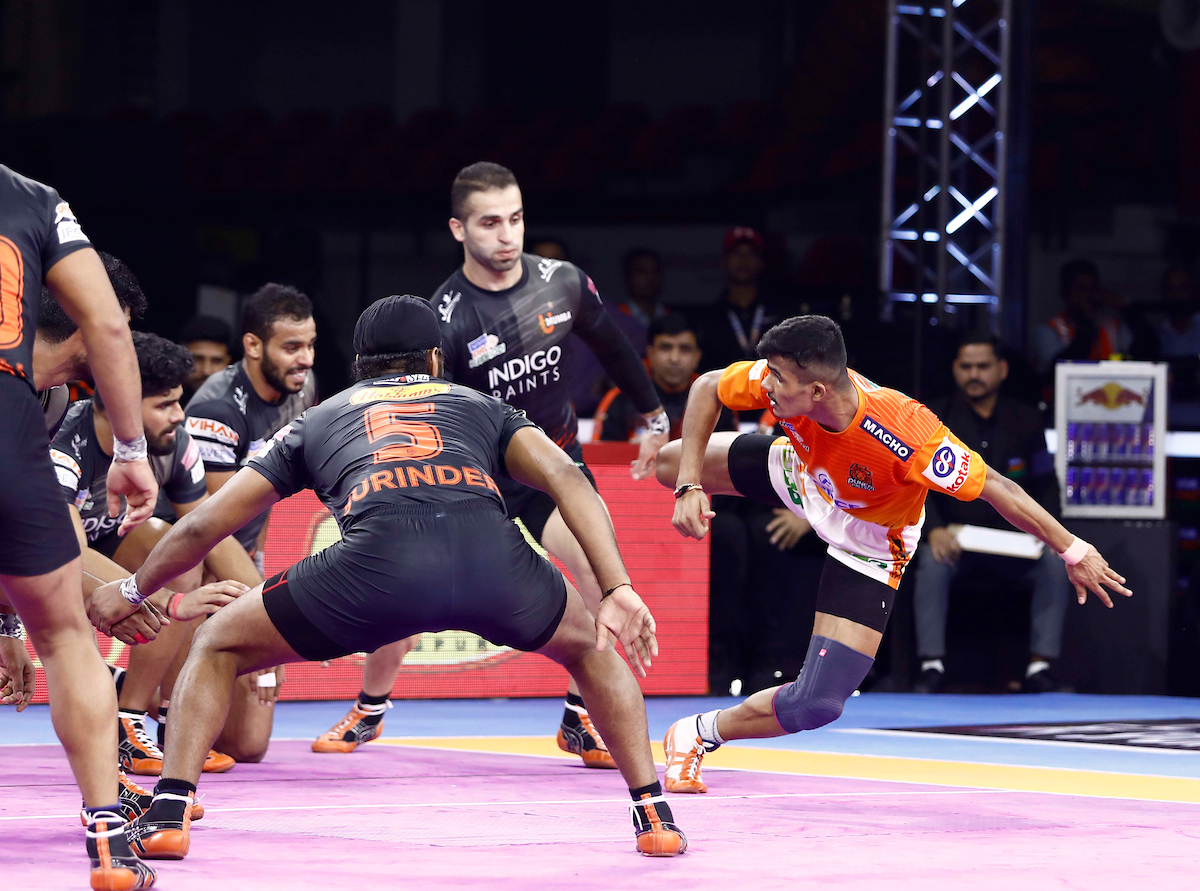 Pune clinched the All-Out within five minutes after the restart to level the points at 20-20. With Nitin Tomar out injured, the raiding duties had fallen heavily on Manjeet’s shoulder but the all-rounder was more than up to the challenge. His three-point raid in the tenth minute meant U Mumba had to face another battle to prevent an All-Out – one which they failed with five minutes remaining to hand over a six-point lead to Pune. But some clever raiding by Abhishek Singh, and a few miscalculated moves by Pune’s defenders, allowed the Mumbai side to make a comeback and level the points in the penultimate move of the match. Hadi Tajik held his ground in the final raid to see out a draw. 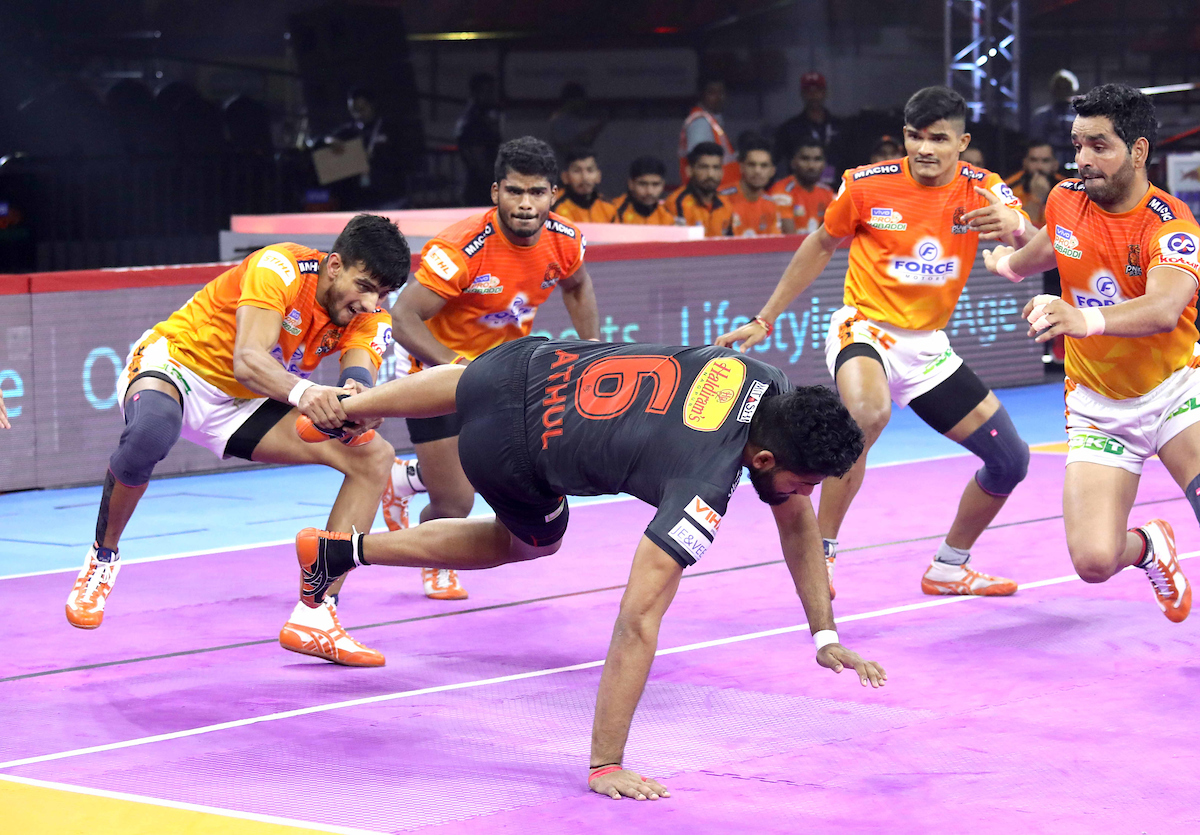