Maninder Singh is a professional Kabaddi player born on 31st January 1990 in the Hoshiarpur District in Jalandhar, Punjab, India. He completed his graduation from Khalsa College, Amritsar. He currently plays as a lead raider for the West Bengal based team, Bengal Warriors, and captains them in the Pro Kabaddi League for Season 7. He holds the record of being the fastest raider in the league to score 500 raid points, achieving the feat in 56 matches. He works in Punjab Police and plays for Punjab at the Senior Nationals.

Maninder is an agile player and is known for his ability to outsmart the opposition defenders fair and square with his timely and calculated maneuvers. His timing and precision are so good that the opposition is left confused and ultimately dazzled by the time he finishes. He was part of the Indian Team that won the 2017 Asian Kabaddi Championship. He uses running hand touch to great effect while raiding. The sudden increase in pace, he rushes towards the defender leaving him nowhere else to go. Maninder stands at 6 ft and utilizes his height in reaching out with his entire body for a quick touch.

Maninder Singh started out his Pro Kabaddi League career in 2014 playing for Jaipur Pink Panthers. From the start, he was a runaway hit and the Pink Panthers won the inaugural title of the Pro Kabaddi League. Maninder was donned as the best raider of the season with an emphatic 130 raid points in just 16 matches. After this dream start, he hit the pothole and was injured and had to take a break from the Pro Kabaddi League and was not available for the next three seasons. Season 5 saw him coming back to the mat for the West Bengal based team, Bengal Warriors. He scored 190 raid points in the comeback season. Maninder was retained by Bengal Warriors because of his enigmatic performance in season 5. In the 2018 season, he went on to become the fastest raider to score 500 raid points. He was only second to Pardeep Narwal to reach 600 points as well. Maninder did it in 68 matches and Pradeep scored the same in 63 matches.

During Pro Kabaddi Season 7, Maninder led Bengal Warriors to win their maiden title of the tournament. They defeated Dabang Delhi KC in the finals to lift the trophy under coach BC Ramesh. Interestingly, Maninder could not play the finals due to an injury and played the role of the coach for the team to guide them from outside the mat. 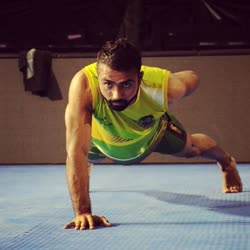 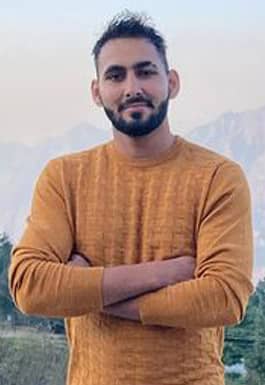