Indian Kabaddi team captain Deepak Niwas Hooda will be the next guest on Kabaddi Adda's Ghar se Panga program. The Rajasthan player will share insights about his journey from being a small-time player to taking India to the gold medal win at the South Asian Games 2019. You will get to interact with the champion and ask him any questions you want.

Deepak plays for the Rajasthan Kabaddi team in the national circuit. He was a part of the team that finished third at the 67th Senior National Kabaddi Championships in March 2020. The Rajasthan team had lost to the eventual champions Railways in the semifinal encounter. He finished the tournament with 27 raid points and 13 tackle points.

The 24-year old started his Kabaddi journey at a very young age and he was the sole bread earner for his family after his father passed away when Deepak was a teenager. He made it to the Indian team in the year 2016 was a part of the team that won the gold medal at the 2016 South Asian Games and the 2016 Kabaddi World Cup. Deepak has then went on to lead the team to a successful campaign at the 2019 South Asian Games, with Pawan Kumar as his deputy.

He also is the skipper of Pro Kabaddi team Jaipur Pink Panthers and is known to be one of the fittest players in Indian Kabaddi. Having played with Telugu Titans and Puneri Paltan earlier, Deepak moved to the Jaipur based franchise in 2018 and was made the captain of the team after Anup Kumar announced his retirement from the game. Deepak's ability to get running hand touchpoints on his opponents sets him apart from his counterparts like Pawan Sehrawat and Pardeep Narwal.

Join us on 24th April to get to know more about the star player only on Kabaddi Adda Instagram. Keep your questions ready for Deepak. 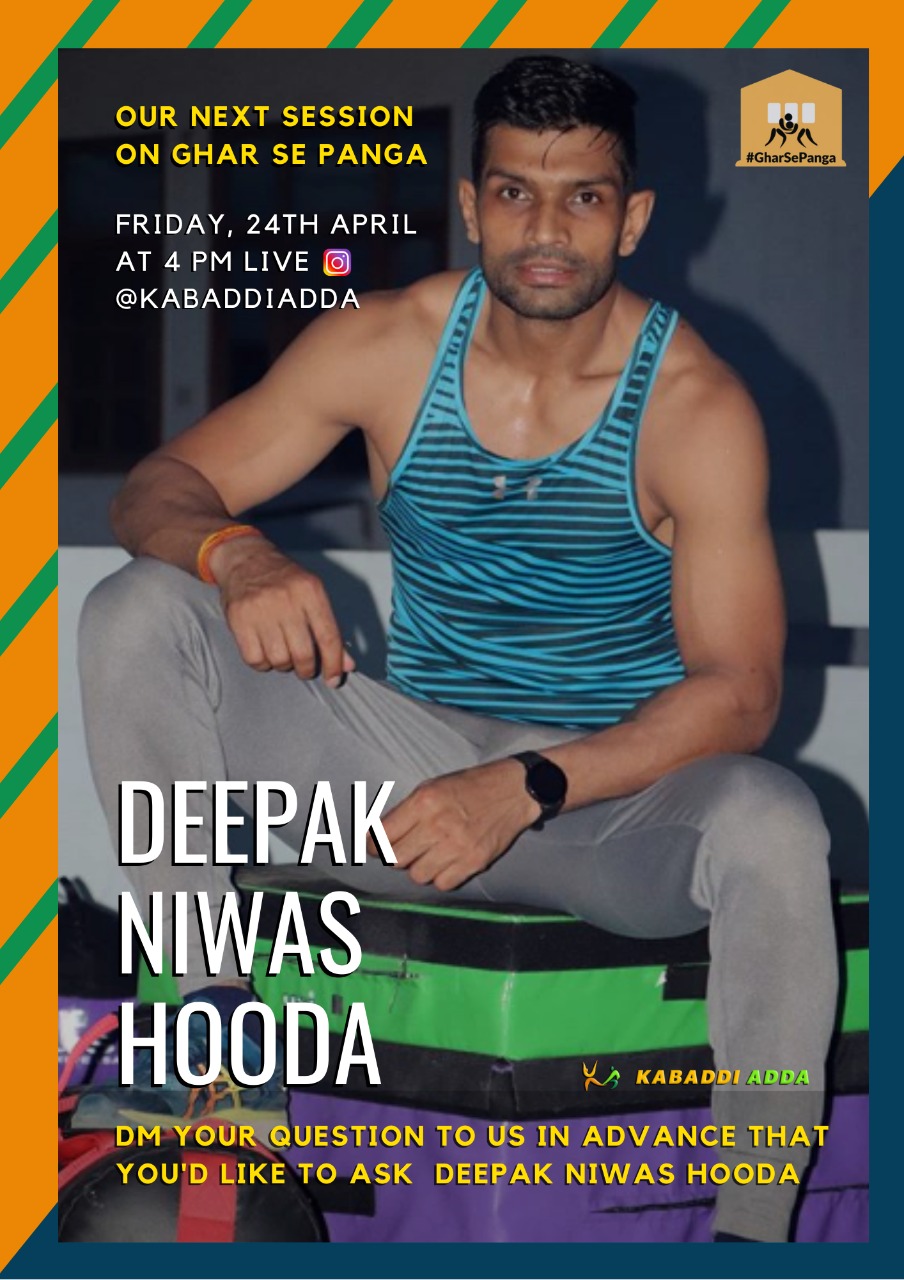