Kabaddi is one of the oldest sports to be played in India. Having its origin from the South Indian state of Tamil Nadu, Kabaddi has grown to be one of the most loved and followed sports in the country. Kabaddi is most followed in the states like Haryana, Maharashtra, Telangana, Bihar, Karnataka, Odisha, Punjab, and Uttar Pradesh.

While the exact origin date of the sport has been a very hazy issue over the year, it is said that the rule book of the sports was made somewhere around 1921 in Maharashtra. The rules were then amended in the year 1923 and implemented for the first time in the All India Kabaddi Tournament which took place in the same year. From the year 1930, modern Kabaddi had become a regular sport in India and some other South Asian countries. 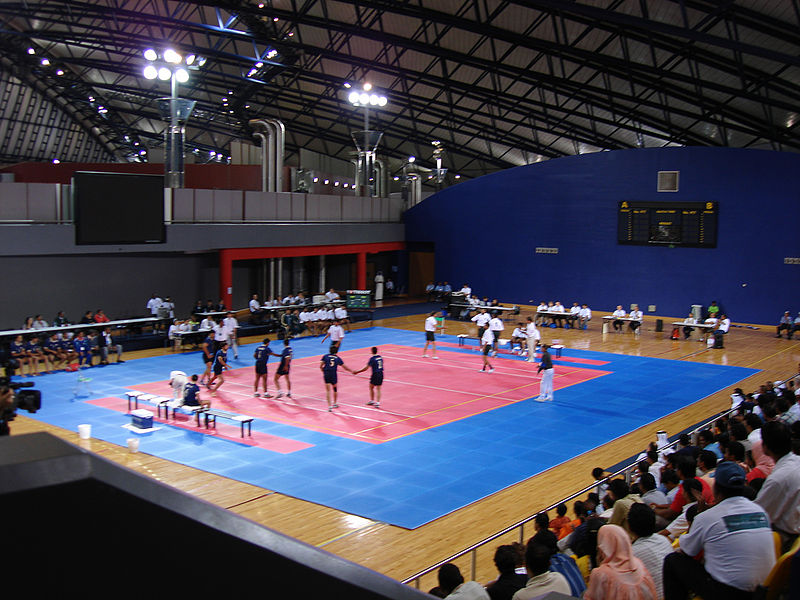 With the formation of the All India Kabaddi Federation in 1950, the sport got a new look with extensive promotion and different championships starting in the country. Kabaddi got a new official organization, Amateur Kabaddi Federation of India (AKFI) in 1972, which was affiliated to the Indian Olympic Association.

When was the Indian Kabaddi team formed?

As the AKFI came into existence, Kabaddi's first official international tournament took place in the year 1980. It was the Indian team's first international exposure to the sport. They eventually went on to win the tournament, with Bangladesh ending up as runner-up. This led to the inclusion of Kabaddi in the South Asian Games in the year 1985.

Given that Kabaddi originated in India, it has been a dominating performance from the country at all the tournaments. When Kabaddi was introduced at the South Asian Games 1985, India was the favorite to win the gold medal. And it happened. India went on to win the gold medal, with Bangladesh winning the silver followed by Pakistan in the third position.

The next edition in the year 1987 also saw a similar result with India, Bangladesh, and Pakistan finishing off in the first, second and third positions respectively. The Indian Kabaddi team made it a hat-trick of gold medals when they won their third straight yellow ware at the 1989 South Asian Games. That edition saw Pakistan giving India a tough competition in the finals and winning the silver medal. Bangladesh finished in the third position. At the 1993 South Asian Games, India was handed a shocking defeat by Pakistan in the finals and ended up winning the silver medal.

At the 2019 South Asian Games, the Indian team was led by Deepak Niwas Hooda while Pawan Sehrawat was the vice-captain of the team. The team comprised of Pardeep Narwal, Naveen Kumar, Vikas Khandola, Darshan Kadian, Surender Nada, Nitesh Kumar, Amit Hooda, Sunil, Parvesh Bhainswal, and Vishal Bharadwaj. It was complete domination of the Indian team at the games as they did not lose a single match. It was India's 10th gold medal at the South Asian Games.

The round-robin format saw India win all the matches and clinch the first-ever gold medal at the Asian Games. They defeated China, Nepal, Japan, Pakistan and Bangladesh on their way to the gold medal.

Ram Mehar Singh, B. C. Ramesh, Shamsher Singh, and Sanjeev Kumar were some of the notable players who helped the team win gold medals in the years 1998 and 2002. These players were followed by a batch of players like Rakesh Kumar, Anup Kumar, Manjeet Chillar and Ajay Thakur who took Indian Kabaddi to a whole new status at the international level.

At the 2018 Asian Games, India suffered their first loss from the hands of South Korea in the group stage. India lost the match by one point to finish on the second spot in the Group. However, the disappointment continued for the team when they reached the semifinals. Iran handed a shocking and humiliating defeat to India in the semis, leaving the Indian team to win a bronze medal for the first time in the history of the tournament.

India has been the undisputed champion at all the Kabaddi World Cups that have taken place till now. The first Kabaddi world cup took place in 2004 in Mumbai. India won all their matches and defeated Iran in the finals to lift the World Cup for the first time.

The second edition of the tournament in the year 2007 took place in Panvel, Maharashtra. It saw participation from a total of 16 teams across the world, 13 of which were from Asia. India once again emerged as the champions as they went on to defeat Iran 29-19 in the final. India had again remained unbeaten in the entire tournament.

At the 2016 Kabaddi World Cup in Ahmedabad, India were the favorite team to win the coveted title. Led by one of the top Kabaddi players of the country, Anup Kumar, the Indian Kabaddi team had one loss in the tournament from the hands of South Korea. However, the team then was unstoppable throughout the tournament as they went on to win all their matches and reached the finals.

India once again faced Iran in the finals. Ajay Thakur scored a Super 10 to guide India towards victory. He was supported by Nitin Tomar, who came in as a substitute and scored six points in the match. India eventually went on to win the match 38-29 to make it three times in a row to win the Kabaddi World Cup.

Ajay Thakur scored a total of 64 points to win the Best Raider of the Tournament Award while Surjeet picked up 23 tackle points and was named the Best Defender.

The year 2018 saw India take part in the Kabaddi Masters tournament in Dubai. The six-nation tournament was held in June 2018 at the Al Wasl Sports Club in Dubai. After defeating arch-rival Pakistan in the opening encounter 36-20, India remained unbeaten in the group stage. In the semis, India went past South Korea 36-20 in a one-sided encounter. India dominated Iran 44-26 in the finals to lift the inaugural trophy of the Kabaddi Masters.