Maha Mumbai Kabaddi League, a franchise based kabaddi tournament for the local kabaddi talent from Mumbai, that commenced on the 13th of August 2022, happening on the Sports Complex, University of Mumbai, Kalina Campus has entered it’s last week with the playoffs and the finals scheduled from the 26th August to the 28th August 2022. 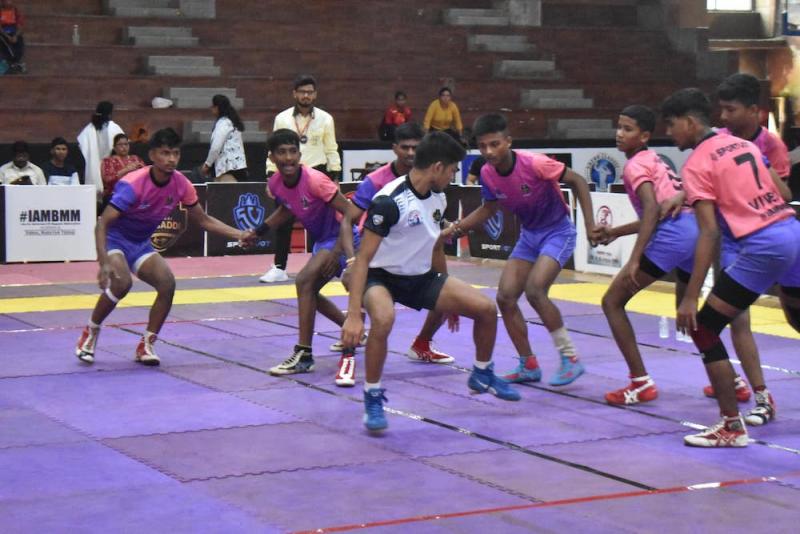 The league is not restricted to players from a particular age group or gender or economic background. With a total of 12 franchises participating in the tournament out of which 4 are women's franchises, the league has managed to include everyone in the development.

SportVot, a sports tech company that has organised the league in association with Ganesh Krida Mandal and in affiliation with the Mumbai Upnagar Kabaddi Association has conceptualised the league in a way that an 11 year old boy Neel Akhade, the youngest player on the league to a 58 year old player in the seniors category. The vision behind creating such a platform is to appreciate local talent and support emerging athletes to take up sports professionally. The league has crossed the halfway mark, and players from different categories have shone and proved their mettle.

Some newer faces and names have come into the limelight. With key players like Komal Deokar, Nikita Utekar, Harjeet Sandhu, Shubhada Khot, Akash Gaikwad, Bharat Karangutkar, Akash Arsul living up to their reputation in every way possible, it is the young players from the sub-junior category that have impressed everyone the most.

With Neel Akhade, an 11 year old becoming the youngest kabaddi player to play at a professional league to names like Neha Pandav, Sayali Ingale, Ankit Yadav,Om Kudale, Uddhav Mharnur have raised everyone’s eyebrows with their game. The qualifiers will be starting from the 26th of August, along with a special exhibition match in display of the spirit of the game on the 27th and the finals will be taking place on the 28th of August!