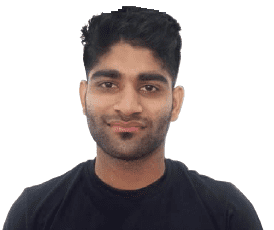 Vinay Tewatia is a Kabaddi player from Kair, Najafgarh, Delhi. Popularly known as Vinay, he is a part of Haryana Steelers franchise in Pro Kabaddi League. Vinay plays as a raider in the team.

Vinay was born on 5th July 1999 in Kair, the same village Bengaluru Bulls' coach Randhir Singh Sehrawat hails from. Vinay did not come from a family with a sports background. However, Vinay was very much interested in sports and took up Kabaddi from an early age. His interest got piqued when he saw the

When he was in 8th standard, Vinay used to go to a local stadium and practice the sport along with others. Many senior players from the town used to come there to practice and Vinay started getting coached under them. Randhir Singh was also a regular visitor at the stadium.

Vinay started getting better at the sport and got admitted to the Maharshi Dayanand University in Rohtak. He then became an integral part of the university's Kabaddi team and represented them at various tournaments all across the country.

Vinay is the first choice raider and was a part of the team at the All India Inter-University Kabaddi Championship 2019-20 in Mangalore. With a total of 54 raid points, he played a major role in leading his team to the championship win. He also finished as the highest points getter at the tournament.

Vinay was a part of the New Young Player program of the Pro Kabaddi. He joined the Haryana Steelers under the program at a cost of Rs. 7.26 lakh at the PKL 2019 auction. He made his debut for the team against Puneri Paltan at the Gachibowli Indoor Stadium in Hyderabad on 22nd July 2019.

The youngster went on to play all 23 matches in the season for Haryana Steelers. In his first season itself, Vinay managed to score 125 raid points and finish in the top 15 raiders of the tournament with the likes of Pawan Sehrawat, Pardeep Narwal, Siddharth Desai and Deepak Niwas Hooda.

As of his performance after the Pro Kabaddi 2019, Vinay has six super raids, three Super 10s, and four tackle points to his name.