Today in the top performance series, we look at covering the prolific raider Pawan Sehrawat who currently is one of the leading Raiders in Kabaddi. Keeping reading for more information on his top 5 performances. 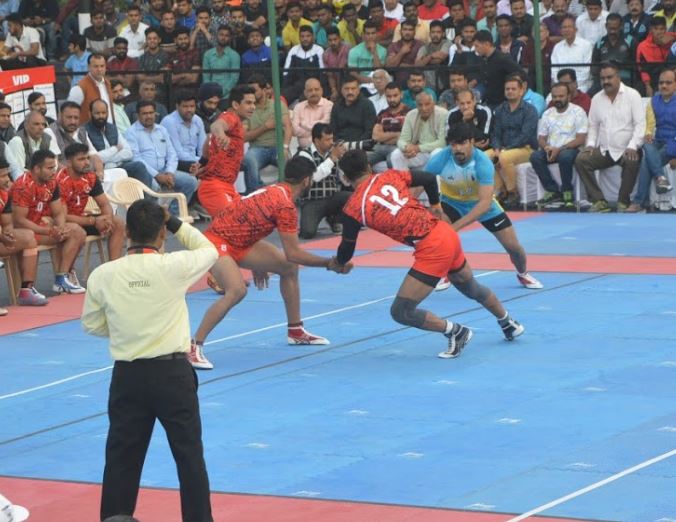 The name Pawan Sehrawat is no unknown amidst the kabaddi watching population of our nation. Also known as Hi-Flyer Pawan Sehrawat, the man hailing from Delhi started his pro-kabaddi league journey on a silent note by scoring just 53 points in the limited opportunities in season 3. But coming into the limelight in season 6 after 3 years of hard work and grit to help Bengaluru Bulls clinch the title. He currently leads the Indian Railways team in the Senior Nationals and plays an integral role in the team's success.

One unforgettable moment that can never be itched out of a fan's memory is his world record performance where he managed to score 41 points on his own and scoring almost 70% of the teams' points. This marks to be the best performance in his career to date coming in the Pro-Kabaddi League against the Haryana Steelers. Scoring five multi-point raids and one all-out raid in it, he managed to give a beating to the opposition, scoring more points than that team did.

His form in the PKL season 7 was a time of gold, as apart from the 41 point match, he had two more great performances, amongst the best five of his career against the Bengal Warriors and Up Yoddha's. Scoring 29 and 23 points respectively in those games, Sherawat established himself as one of the biggest threats to teams that season. In the match against the Bengal Warriors, his 29 points out of the 43 proved to be the real game-changer as the match went down the wire and Bengaluru Bulls could only manage a lead of one point to clinch that game. Being the player of the match in both the above matches, the performance against the UP Yoddha had a significance of its own as it came in the all-important eliminator and it was his heroics that denied a defeat for the Bulls and kept them alive in the tournament.

The final two performances, which describe what kind of player he is, are from Pro Kabaddi League 6 and 69th Railway Nationals where he proved clinical for his teams. The PKL 6 finals was a stage that was lit up by Pawan as he in the finals gave Gujarat a beating by scoring 23 points out of the 38 and became the man of the moment in the all-important finals and helped his team clinch the championship and give a fitting end for the tournament. The match for the Northern Railways showed a highlight of his all-around capabilities as he not only added value by raiding but also helped his team win tackle points in what proved to be a very one-sided and clinical victory.

His performances are a testimony of the player he is and with age by his side, he can be the promising star that World Kabaddi is looking at. Already having a world record to his name at 25, Pawan Sherawat looks destined for greatness.