The second match, the great Southern Derby the night belonged to Pawan Sehrawat who scored a whopping 20 points in 15 raids. He was supported by Kashilang Adake who scored 9 points and Ashish Sangwan in the defence who scored 7 points in 8 tackles.

Ajay Thakur came for the first raid and it was Jasmeer Singh Gulia's brilliant block which sent Ajay Thakur on the bench and Bengaluru Bulls dominated from start to finish. Whereas Pawan scored a bonus in his first raid and then on he never came back empty handed. It was in the 6th minute when Pawan scored a 3 point super raid, later in the 17th minute Pawan again scored a brilliant 5 point super raid another 4 point super raid in the 20th minute and Pawan took the mat by storm, but it was unfortunate that he got injured and left the mat, with a half time score of 12 - 28 with Bengaluru Bulls in the lead.

After the half time Kashiling Adake took the charge and scored points at regular interval and in defense Ashish Sangwan was brilliant and Bengaluru Bulls inflicted another all-out in the 22nd minute of second half. 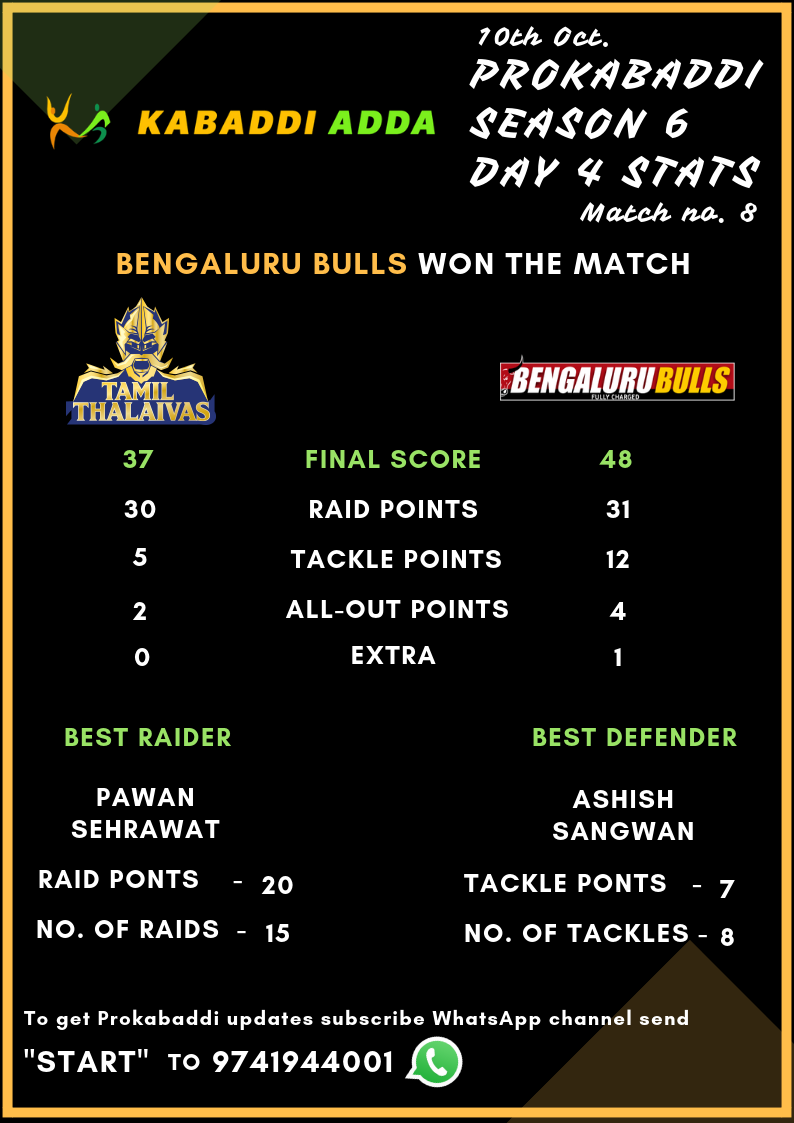 Ajay Thakur was the lone warrior from Tamil Thaliavas, struggling to find a support, though Tamil Thalivas inflicted the first all-out against Bengaluru Bulls in the 34th minute, but it was too late to make a come-back. With the final score of 37 - 48 Tamil Thalaivas leaded to their third defeat in a row at home.