UP Yoddha came on the mat without Rishank Devadiga, Prashant Rai and responsibility was on Shrikant Jadhav's shoulders, who tried his best with his brilliant 12 points in the 19 raid attempts. In the absence of all big names it was Bhanu Pratap Tomar who started with an empty raid, and he could not score a single point throughout the game, for Bengaluru Bulls Rohit Kumar started with an empty raid.

In the second minute Pawan Sehrawat scored the first raid for the team and while UP Yodha got their first point when Rohit Kumar steeped out during his raid in the 3rd minute. In the 4th minute UP Yoddha scored their first tackle point and they could score their first touch point in the 9th minute when Shrikant did a successful do or die raid.

In the 12th minute Bengaluru Bulls inflicted their first all-out and took 9 points lead and at the stroke of half time UP Yoddha were trailing by 6 points with 18-12 score on board. 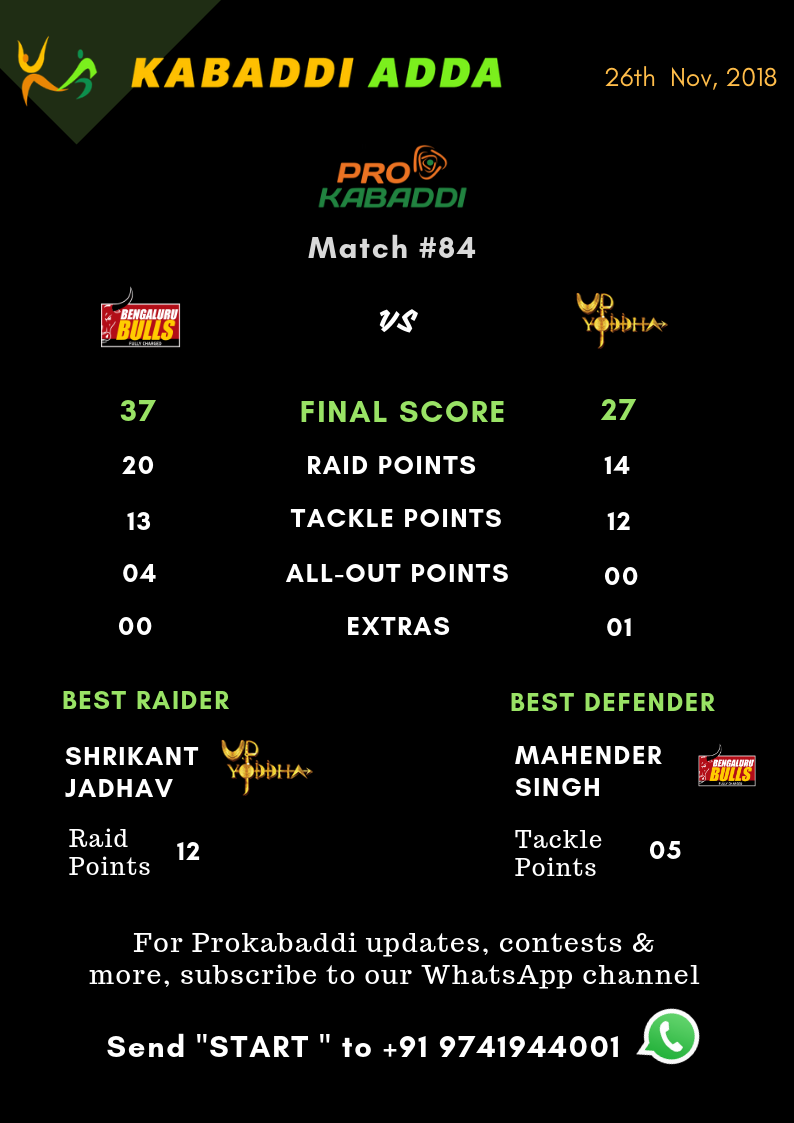 In the second half it remained a one sided game, as it was only Shrikant Jadhav in UP Yoddha attack who was getting some points for the team at regular interval and scored 12 points out of total 14 raid points of UP Yoddha, while Bhanu Pratap Tomar, Vishav Chaudhary and Sachin failed to perform. UP Yoddha defense looked organize in the second half and scored 12 tackle points. Towards the end in the 30th minute Bengaluru Bulls inflicted the 2nd all-out and registered an easy win at the end with 37-27 final score on board. 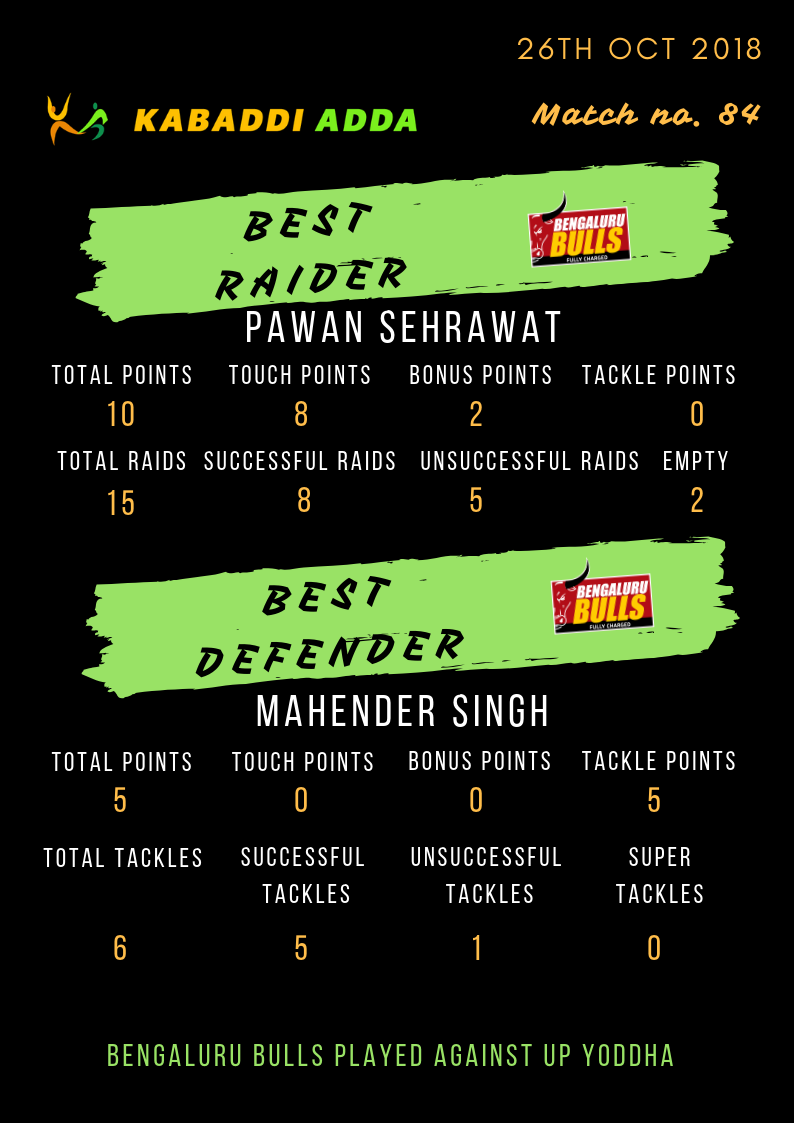 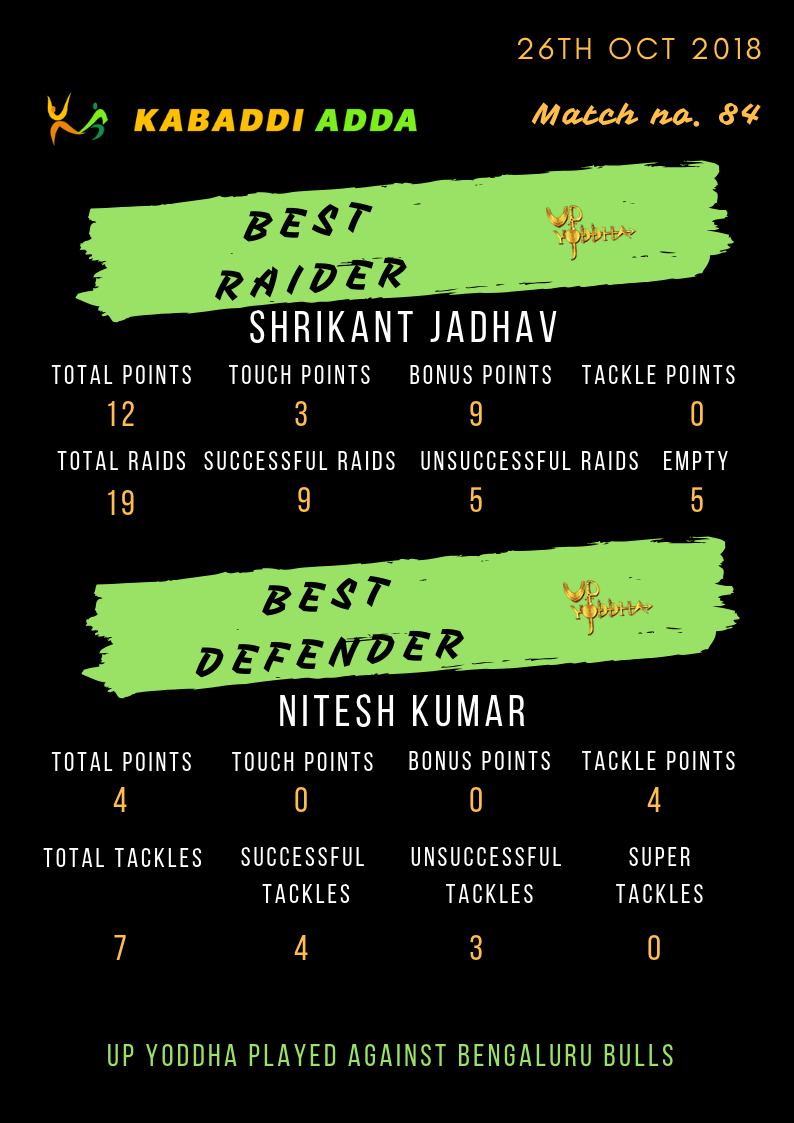 Stay tuned with us as on the 5th day of home leg Bengaluru Bulls will take on Telugu Titans: 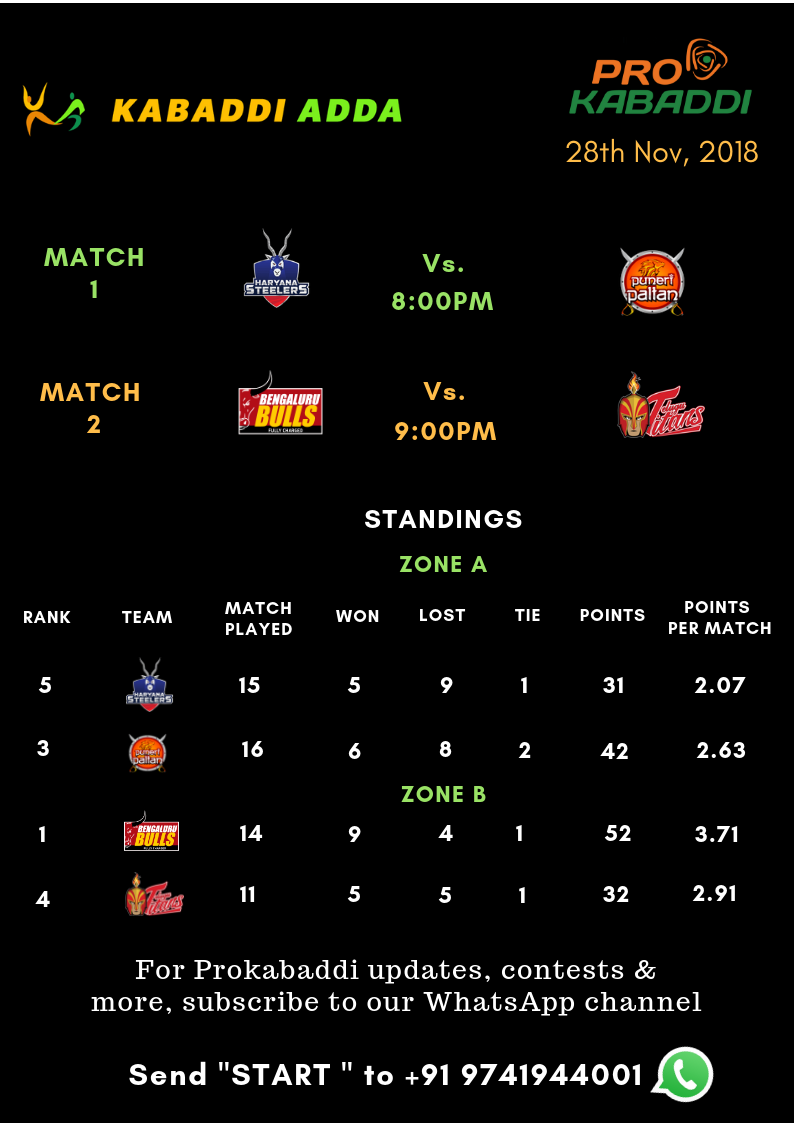