Raiders Surender Gill (7 points), Shrikant Jadhav (9 points) and Rishank Devadiga (8points) all stepped up for the UP side as they overcame a stiff challenge from the season one champions to jump to fifth place on the points table. Deepak Hooda secured a Super 10 (13 points including a Super Tackle) for the Pink Panthers but the team’s lack of quality raiders was evident once again as they struggled for inspiration in attack. 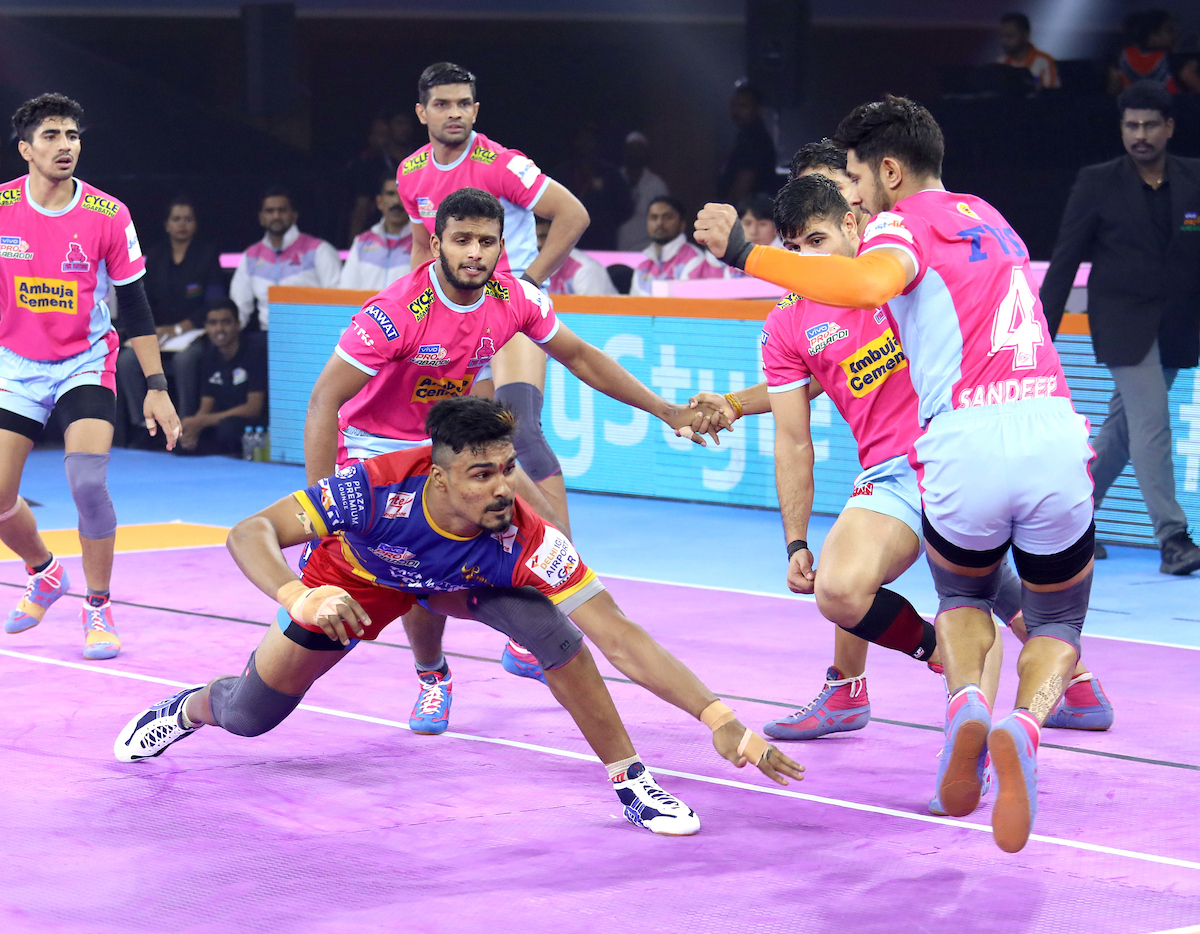 Vishal came back in the starting line-up for Jaipur Pink Panthers as they looked to regain their early-season form with a better showing against a UP Yoddha side. And it was the Pink Panthers who got off to a bright start, with Sushil Gulia giving them three-points with a Super Raid in the second minute. But the Pink Panthers struggled in the defence, and a few silly errors allowed the UP raiders to crawl back in the match. Surender Gill, Shrikant Jadhav, and Rishank Devadiga contributed in raids for the UP team as they inflicted an All-Out on the Pink Panthers in the 12th minute to open up a six-point lead. The problem with the Jaipur team was how they were conceding too many multi-point raids and the trend continued after the All-Out with Shrikant Jadhav picking up an easy three-point raid with two minutes remaining for half time. At the other end, Jaipur captain Deepak Niwas Hooda ensured the lead did not widen with five touchpoints to his name in the half. The first half ended 20-13 with Yoddha on top. 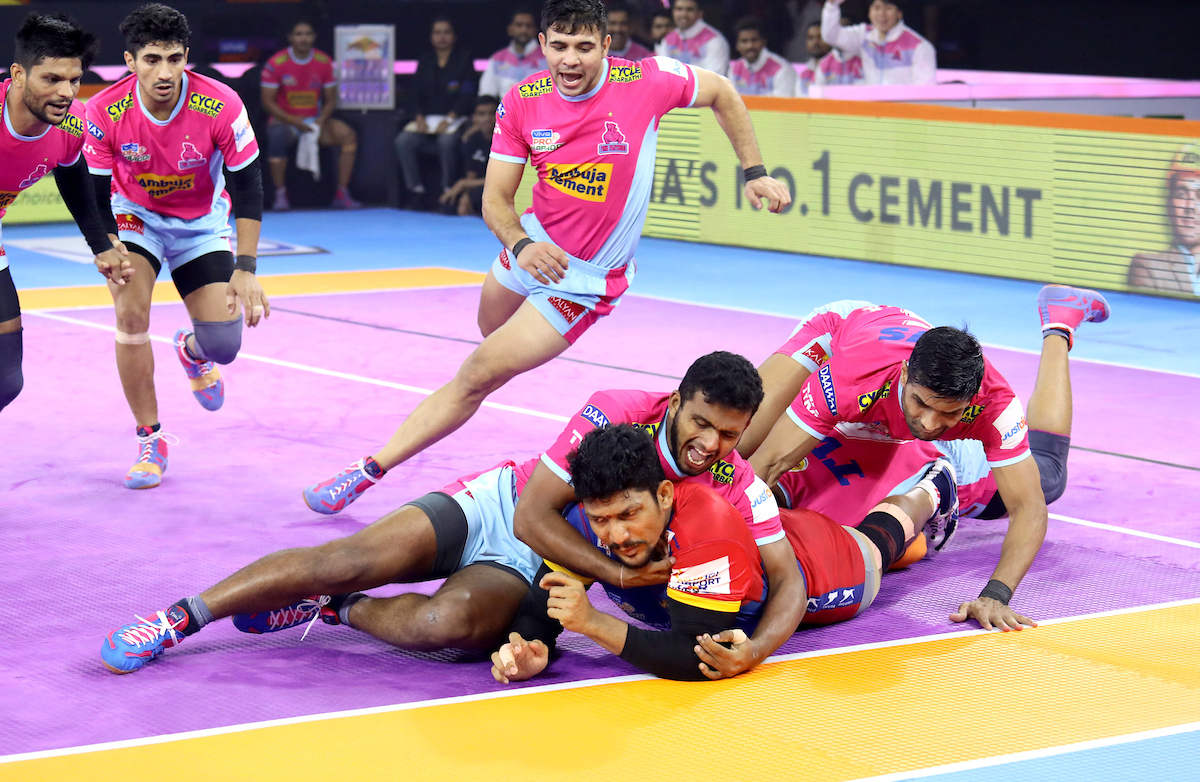 The second half turned out to be a repeat of the first half with Jaipur Pink Panthers struggling to work as a team in defence despite tackling Shrikant Jadhav out in the early minutes. Rishank Devadiga picked up easy points as UP maintained their lead over the Pink Panthers. Deepak Niwas Hooda delayed the inevitable All-Out with some all-round heroics including a Super Tackle (as he clinched a Super 10). UP Yoddha secured their second All-Out in the seventh minute of the half to move to an 8-point lead. The UP defence held their nerves in the final minutes to clinch an important victory. 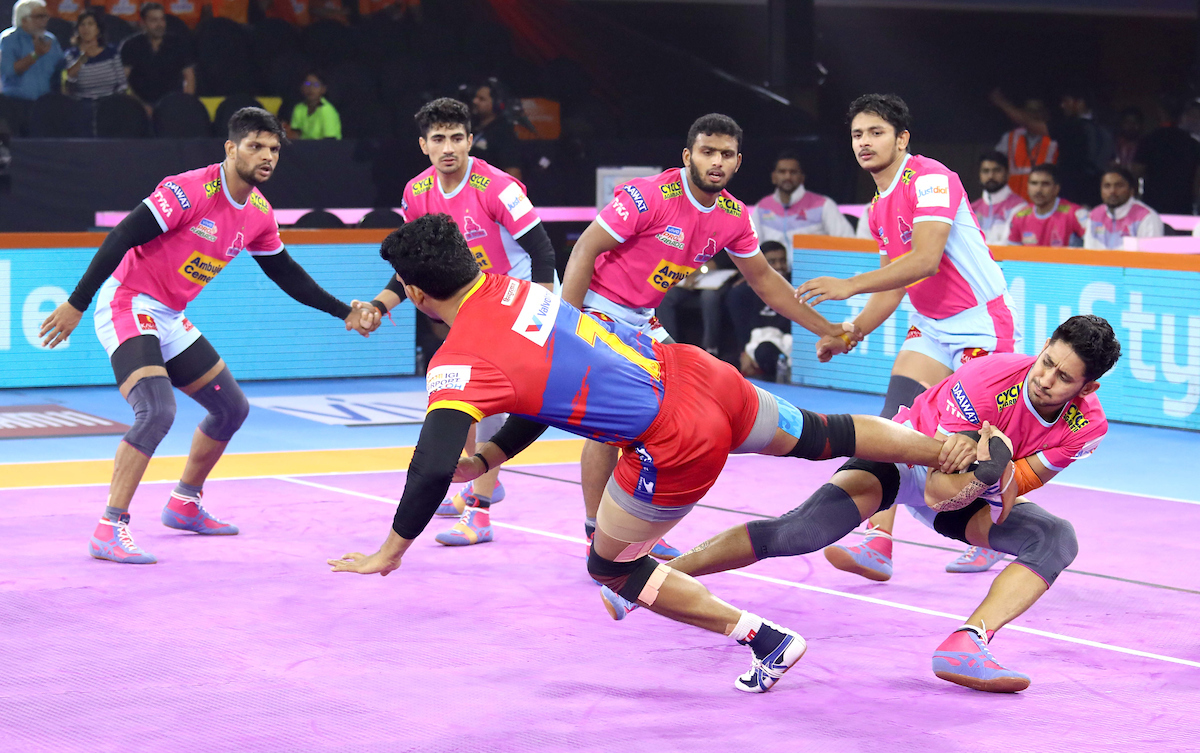