Defending champions have been inconsistent in the tournament so far. Bengal Warriors coach BC Ramesh talked about the team strategy, Nabibaksh and Maninder's role, K7 Kabaddi star Rohit's performance and how he has stopped Naveen Kumar. 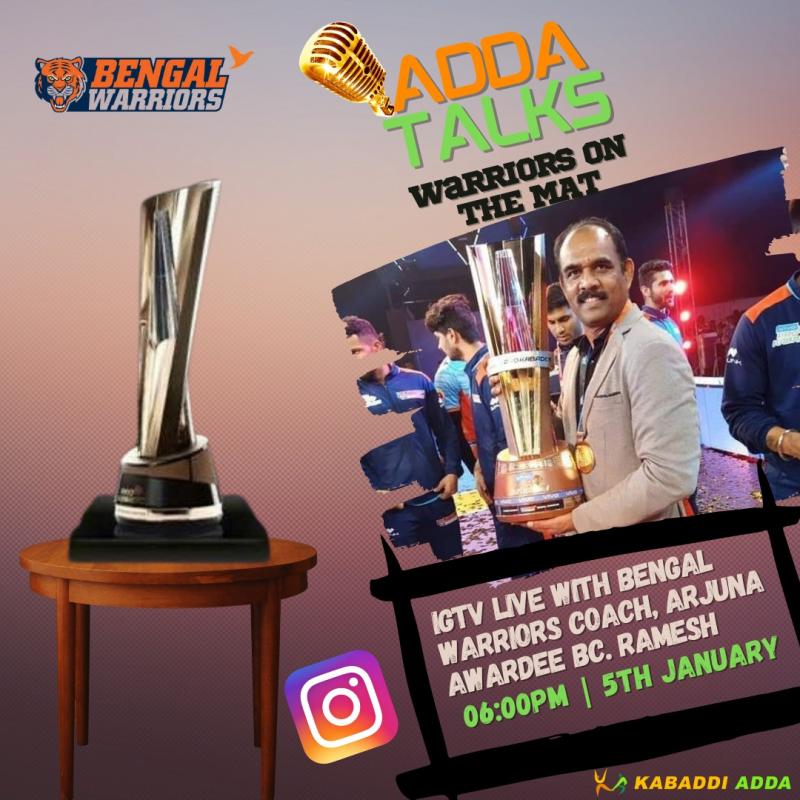 Bengal Warriors started off their title defence with a couple of wins in the first two matches. In the next three matches they were on the losing side which derailed their campaign but a win against the Jaipur Pink Panthers has brought them back into the tournament and they will be hoping to build on this momentum.

In our exclusive conversation with their coach BC. Ramesh, explained how he plans with the teams. He won the title with Bengaluru Bulls in season 6 and then in the following season, he won a title with the Bengal Warriors. "Defence has been a strong unit for the Bengal Warriors. There is a difference between practising and teaching skills," he said.

"The aim is to build a balanced team. You cant be overreliant on one raider and hence, Maninder Singh has raided lesser. We have 8-9 raiders as well. We have to manage the workload of the raider as well and the aim is to mix-up."

"The franchise's decision is to bank on experienced players and the aim is to have a proper blend of youth and experience."

The Arjuna awardee credited K7 Kabaddi Stage Up for unearthing a talent like Ronit.

"Young players like Rohit have a good attitude and senior players like Maninder and Nabibaksh had confidence on him. We had seen him at K7 Kabaddi Stageup and decided to bid for him in the New Young Players (NYP) category," the coach explained.

He talked about how Nabibaksh is precise with his tackling. In the previous match against the Jaipur Pink Panthers, he was confident that Nabibaksh will pull off a super tackle in the dying moments which meant that the Warriors won the match.