We analysed the top 24 raiders in PKL7 based on Kabaddi Adda Rankings. The top raiders were selected by total raid points, thus taking into account their performance and endurance to play through 22 matches

Naveen, Pawan, Maninder and Pawan - Raiders in a league of their own

Gujarat and Tamil did not use top raiders effectively

Prashanth Kumar Rai is almost as effective as Pardeep Narwal but is sent for a raid only once in every 5 raids he is on the mat. Prashanth Rai however had 1 strong match which might be skewing his data. But one this is for sure — they will have to maximise his utilization to win PKL7.

Sonu Jaglan was in the starting 7 for just 60% of the matches he played in. And he was played in just 15/22 matches compared to Rohit Gulia who played all matches. Sonu scores 28 effective points in 100 raids compared to 16 by Rohit Gulia and Sachin Tanwar. Manpreet Singh definitely missed a plot by experimenting with Sonu only late in the season.

Same can be said of V Ajith Kumar who played in just 18 matches and was a part of the starting 7 in just 12. A costly error by Gujarat Fortunegiants and Tamil Thalaivas.

Most over utilized players are also the best!

The over-dependence of Patna Pirates on Pardeep is a well known story. He goes for around 20 raids every match — that is half the raids the team goes for. But it is the same story with Naveen Kumar (20 raids/match), Pawan Sehrawat (19 raids/match) and Vikash Kandola (19 raids/match).

Pawan in a recording-breaker match, where he also captained Bulls, went for an overwhelming 38 raids!!

On the other hand, UP Yoddhas have maximised effectiveness of Shrikant Jadhav while minimising risk of injury. Also, Shrikant is the primary raider for the Yoddhas (with them benching Monu Goyat) he has been sent for just 13 raids a match. A stroke of brilliance by Yoddhas coach Jasvir Singh. Shrikant goes for just 1 in 3 raids for the Yoddhas when on mat.

Maninder Singh — an injury prone superstar is a victim to over-utilization, sadly in just a single match. With Bengal was sitting pretty at 2nd position on the points table, Maninder started going for a few extra raids in their last few matches (probably a side-effect of the brilliant form he was in)— and ended up with an unnecessary shoulder injury. A mistake that might cost Warriors the tournament!

Chandran Ranjith and Big Sid are the king of Bonus Points

Chandran Ranjith amassed 42% points as bonus points with a pretty high conversion. Siddharth Desai, Deepak Narwal and Prashanth Kumar Raid also have scored more than a 3rd of their points as bonuses. Rahul is in the same league scoring 30%.

But that said, it is again Pawan Sehrawat and Naveen Kumar who have converted more than 1 in 4 opportunities to score bonus points. The average conversion rate is 1 in 7 raids.

Sonu and Abishek Singh are the weakest in this group of 24 raiders. Sonu with a conversion of just 1 in 20 opportunities and Abhishek at 1 in 10 opportunities.

Why Naveen Kumar is the Mr Dependable of PKL7

Mr Dependable, Naveen Kumar scores in 3 out of 4 Do-or-Die raids!

Raiders from the top 6 teams feature in top 10, with the exception of Pankaj Mohite, Manjeet and Pardeep Narwal. That’s why it is surprising that both these teams did so poorly — Pune by under-utilizing Pankaj and Patna by over-depending on Pardeep Narwal.

Why Bulls and Patna have struggled in PKL7

Bengaluru Bulls have a monstrous 1 man army in Pawan Sehrawat and so does Patna Pirates in Pardeep Narwal. Patna has failed to qualify and Bengaluru Bulls required Pawan to hand hold them through every single raid to qualify.

Let’s take a detour and talk about the role of the defense — all teams score around 2 raid points for every tackle point. So raiders bring in the points — as a result the role of the defense is to bring back your main raider back on court as soon as possible. Pawan and Pardeep spend 1 raid on bench for every 2 raids on mat — that is painfully costly for their teams. It also means that the defense has completely failed these 2 teams.

I" am here to fight for my place" - Sahil Sultan makes his to Tamil Thalaivas for the upcoming season 8 of the PKL. 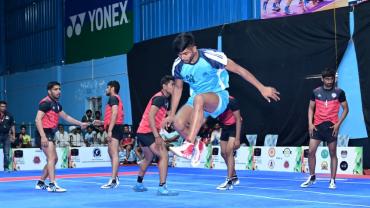 Shivam hopes to contribute to U Mumba with 'speed' 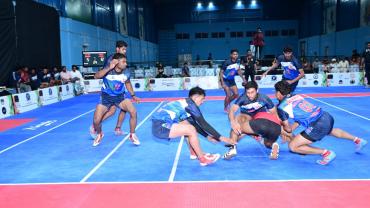 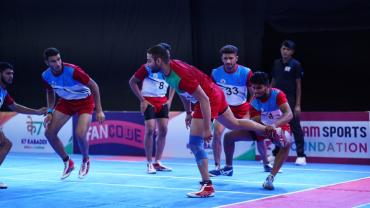 Vikas all set to showcase his Dabangiri at PKL Season 8! 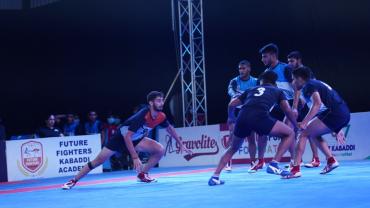