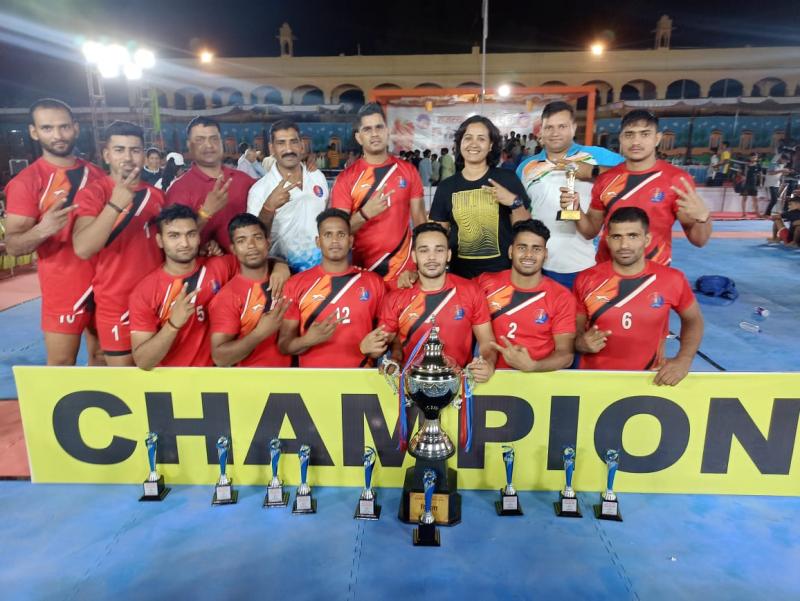 Four teams made it to the final day of the 69th senior state championship Rajasthan which was played in Jaisalmer's Shaheed Poonam Singh Stadium. Rajasthan Police were crowned champions against Jaipur in a one-sided contest.

The semi-final were played earlier in the day where Rajasthan Police thrashed Churu by a 35-point margin of 51-16 while the Jaipur team held their nerves to overcome Bharatpur 34-31.

Rajasthan Police were dominant in the semi-final and lived up to the expectations in the grand finale as well. They had a lead of 28-14 in the first half and won the final 54-25. Mahipal was the star of the lot for the champions as he scored 13 points and was ably supported by Kamal Kishor. Deepak Tanwar and Kapil Gurjar scored 5 and 8 tackle points and were the stars of the defensive unit in what was a complete performance by Rajasthan.