The Jaisalmer court opened its doors for players and teams across Rajasthan for the selection process for the 69th Senior Kabaddi Championship 2022. Selectors will closely watch players, as the best performers will play get a chance to play for the Rajasthan national team.

Rajasthan Kabaddi Association organized the epic saga that commenced on April 21, 2022. Players will be spread among 30 teams in the men's format while the women's format will feature 18 teams.

Now, let's look at some match results from Day 1.

Because of the large number of teams in the men's format, 12 teams competed on the court on the first day. The Sikar vs Bharatpur game left fans on the edge of their seats till the last minute. Bharatpur registered a victory over Sikar with a score of 42-41. Jhalawar defeated Baran as the final whistle ended with 61 - 45. Fans witnessed a one-sided match of Kota vs Pali as Kota defeated their opponents 29 - 09. Bikaner stood ahead of their opponents as they defeated Dausa 52 - 33. The Rajsamand vs Bundi game ended 38 - 12 after the final whistle. Lastly, Chittorgarh defeated Karauli 57 - 37. 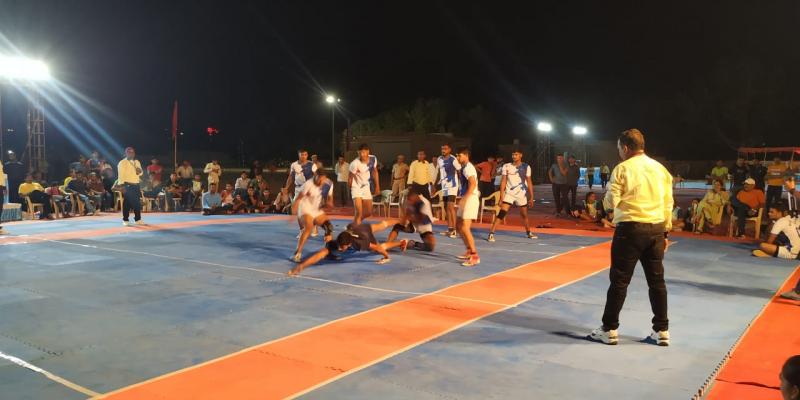 Women, on the other hand, had four matches on Day 1. Sawai Madhopur defeated Jalore 45 - 20. Jhunjhunu had to accept defeat as Dausa wrecked their opponents 44 - 08. Sikar also had a similar kind of match as they defeated Sirohi - 42 - 01. Lastly, Tonk had the upper hand in their game as they marched to victory over Kota 55 - 18.

Is your team winning? Are you excited about Day 2? Stay tuned for more updates.