Gujarat Fortune Giants showed a lot of courage and skills but their effort wasn’t enough as in-form Jaipur Pink Panthers handed them yet another defeat of the Vivo Pro Kabaddi League Season 7 match in Ahmedabad. In the low-scoring encounter, Giants went down 19-22. In the process, Giants ended their home leg by losing all four matches.

With both the teams going neck to neck in the second half, it was all about nerves. With four minutes left on the clock, all-rounder GB More came from the bench to equalize for the Giants at 17-17. 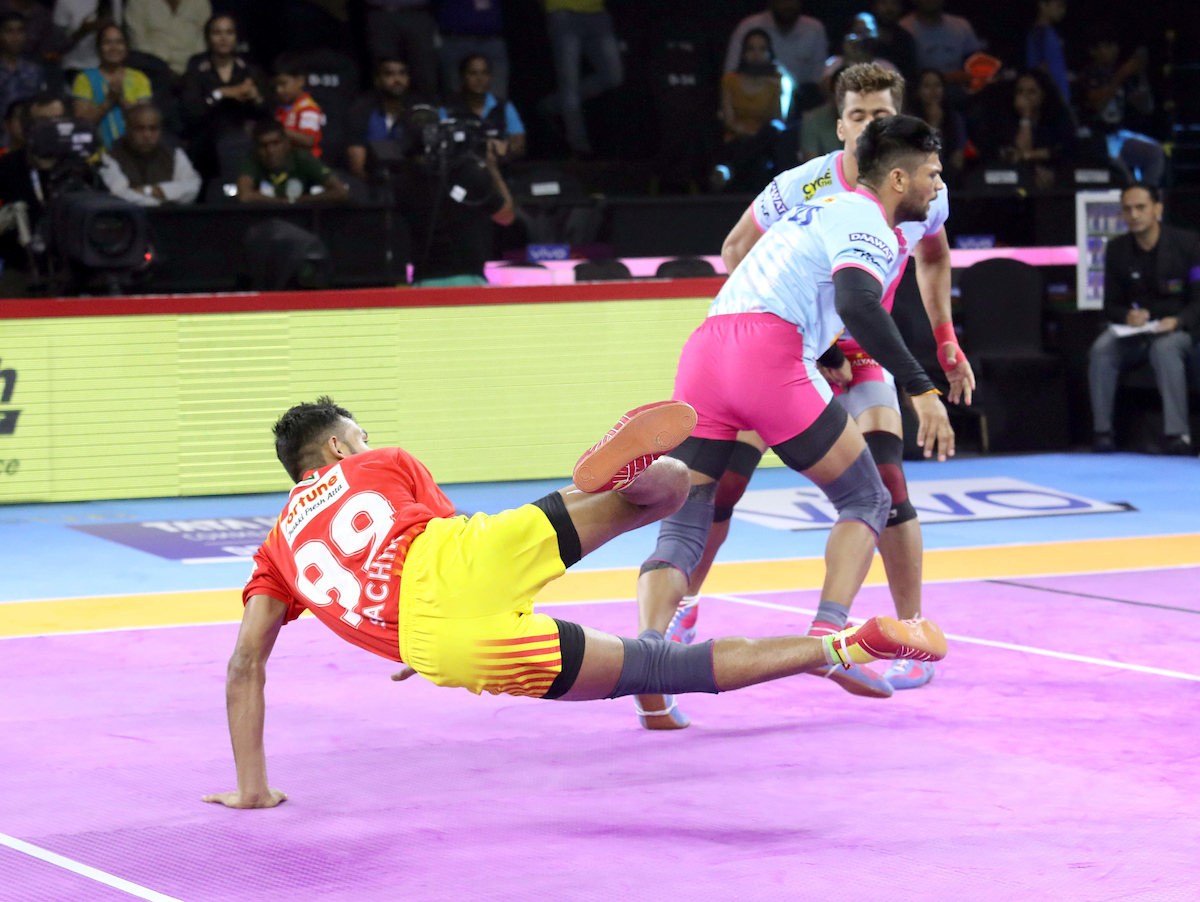 Next, Panthers’ skipper Deepak Hooda on a do-or-die raid was caught but managed to sneak bonus point to keep one point lead. With pressure mounting, Rohit Gulia tried to level the scores but was caught and the lead extended. Jaipur snatched the nerve wrecking encounter 22-19.

Pankaj, who made it to the starting-7 justified his selection with first high-5 of his PKL career. He ended the match with 6 tackle points.  The youngster was crucial in keeping Panthers raiders, especially Nilesh Salunke and Nitin Raval, in check.

Earlier, in the first half, the home team made its intentions clear in the very first minute. Star raider Sachin Tanwar with his trademark running hand touch sent back Jaipur Pink Panthers’ defender Amit Hooda on the bench. It was followed by Pankaj, who replaced Sumit Malik, in the left corner tackled raiding Nitin Raval with a wonderful ankle hold. 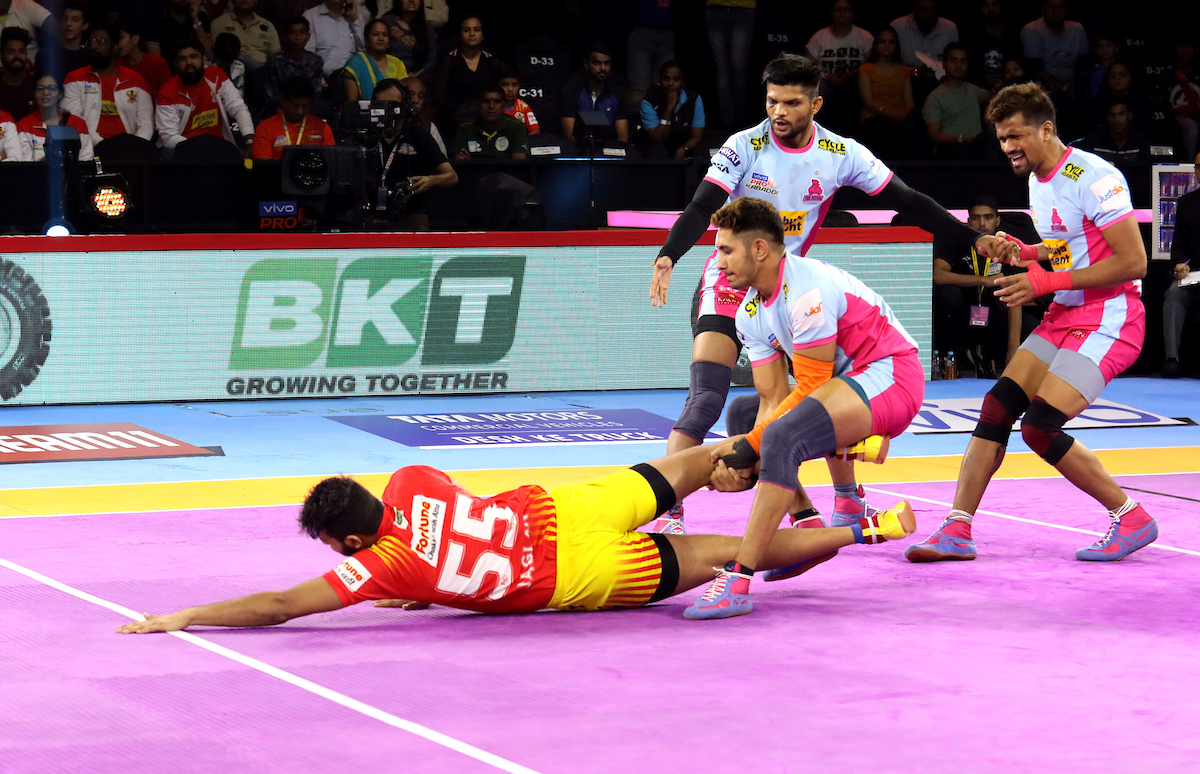 Pankaj repaid his coach Manpreet Singh’s trust with three more tackles which also included Nilesh Salunke and Raval in do-or-die raids. Pankaj could have completed a well deserved high-5 in the first half itself had he got hold of Panthers’ captain Deepak Niwas Hooda in the dying moments of the first half.

If Pankaj guarded the Giants fort, it was all-rounder Rohit Gulia who threatened Panthers’ defence. Individual errors kept Gujarat Fortune Giants and coach Manpreet on the toes especially in the first half.

When the umpire blew whistle to announce the end of the enterprising first half, Giants trailed by one point – 10-11.