Home team Jaipur Pink Panthers played out a highly entertaining 28-28 tie against Gujarat Fortunegiants in the 100th match of VIVO Pro Kabaddi League season seven. Both defences produced a masterclass in the match of the Jaipur leg in front of a packed audience at the Sawai Mansingh Stadium on Saturday but the Pink Panthers will rue missing out on a win despite being on a healthy lead for most of the first half. 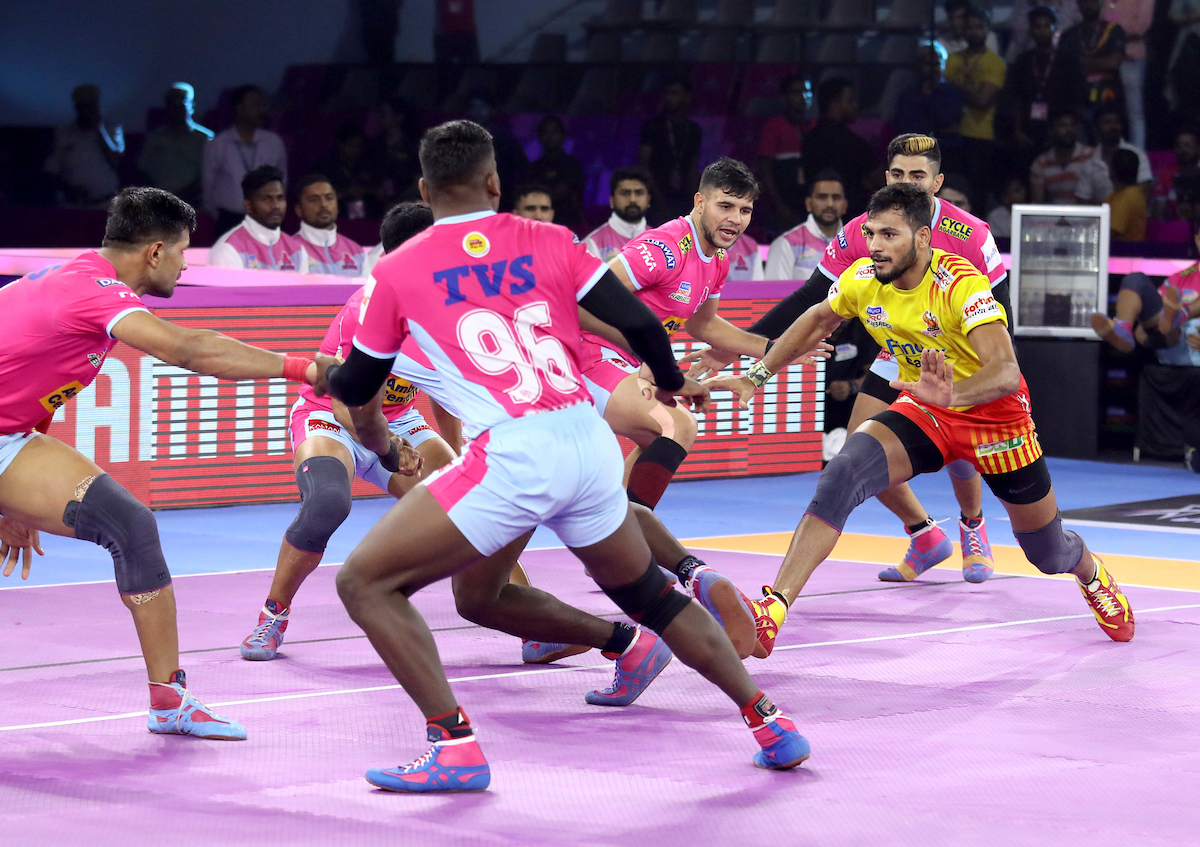 Both teams started the match with aggressive defensive shapes. The raiders struggled to get a stranglehold of the match as the defenders kept putting in successful tackles. The Pink Panthers, boosted by the return of Vishal, looked slightly better, and the marginal difference in quality was all the Pink Panthers needed to inflict an All-Out on the Gujarat Fortunegiants in the 13th minute. The All-Out also opened by a 6-point lead for the home side. Both sets of raiders continued to be below average post the All-Out with only Jaipur captain Deepak Niwas Hooda impressing in his raids as Gujarat coach Manpreet Singh looked distraught from sidelines. The first half ended 15-10 with Jaipur on top. 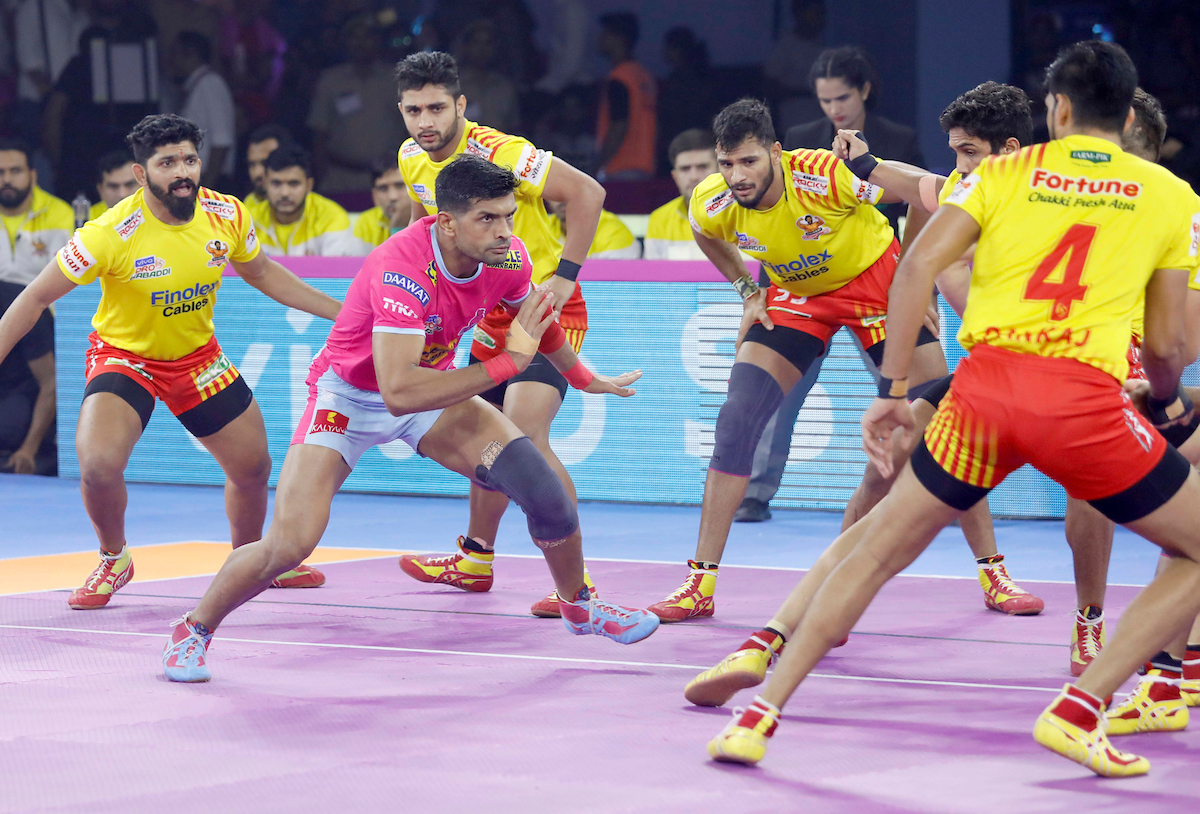 Jaipur started the second half on the front foot with Vishal picking up a High 5 but the Gujarat defence picked their game up to halt the Jaipur dominance. The visitors picked up their All-Out in the 7th minute of the second half to cut short Jaipur’s lead to two points. The match continued to be played on the defence as both sets of defenders kept thwarting all the raiders who came their way. Momentum is a big factor in the sport of Kabaddi and Gujarat moved to a three-point lead with under four minutes left in the match through a successful raid by Sachin and a tackle by Parvesh Bhainswal. But Vishal pulled out a successful Super Tackle to once again make it a one-point match in the dying minutes. Nitin Rawal pulled out another Super Tackle to level the points at 24-24 with under 3 minutes left to play. Gujarat must have felt like they had secured a tie when they successfully tackled Deepak Hooda but Jaipur’s Nitin Rawal produced yet another Super Tackle to give the Pink Panthers the lead. The Jaipur All-Rounder secured his High 5 in the process but he was tackled in the final play of the match by Gujarat to end the match on a tie. 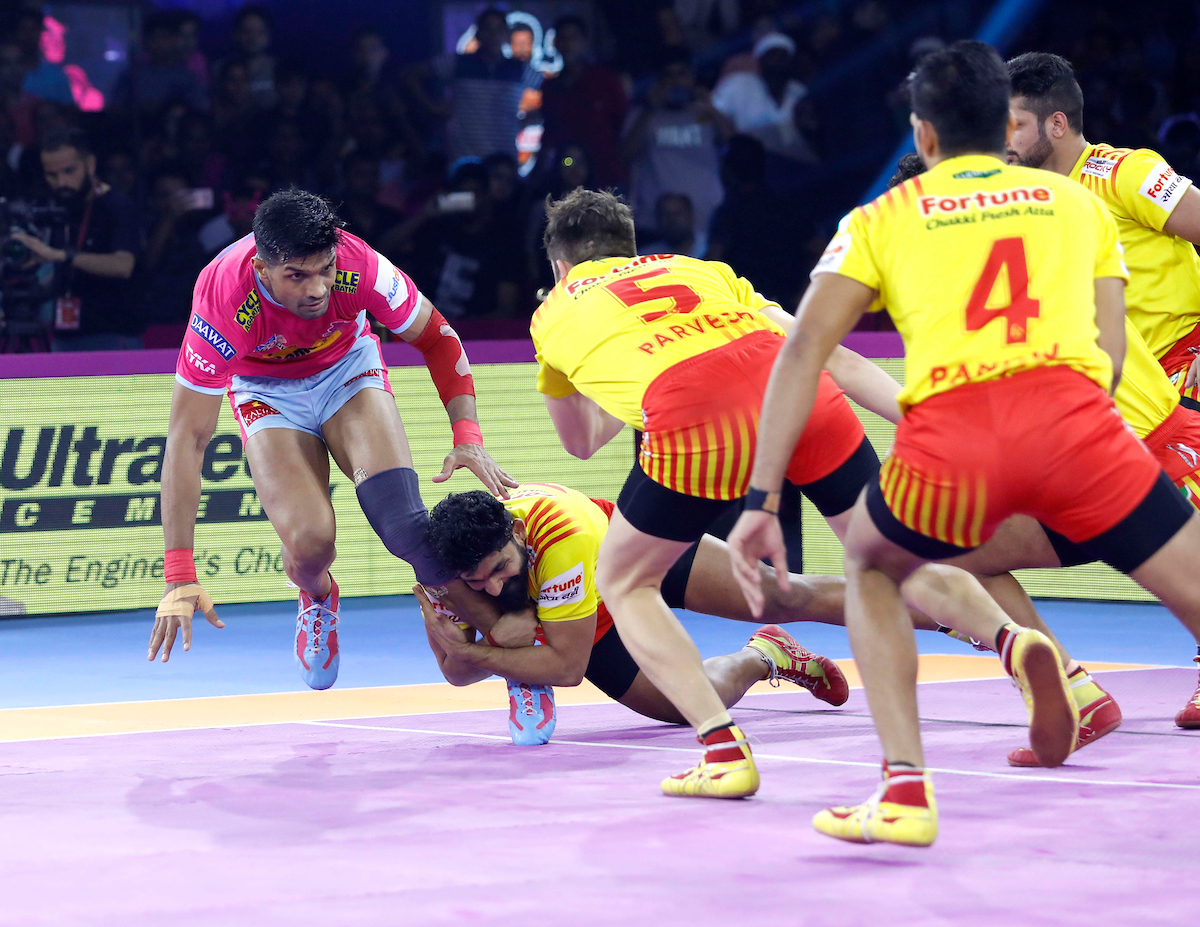