UP Yoddha produced a clinical performance to beat Tamil Thalaivas 42-22 in a VIVO Pro kabaddi League match in front of a packed audience at the Sawai Mansingh Stadium in Jaipur on Saturday. The Thalaivas, who led the encounter for most of the first half, will only have themselves to blame for a second-half capitulation that saw the UP side inflict three All-Outs on them. 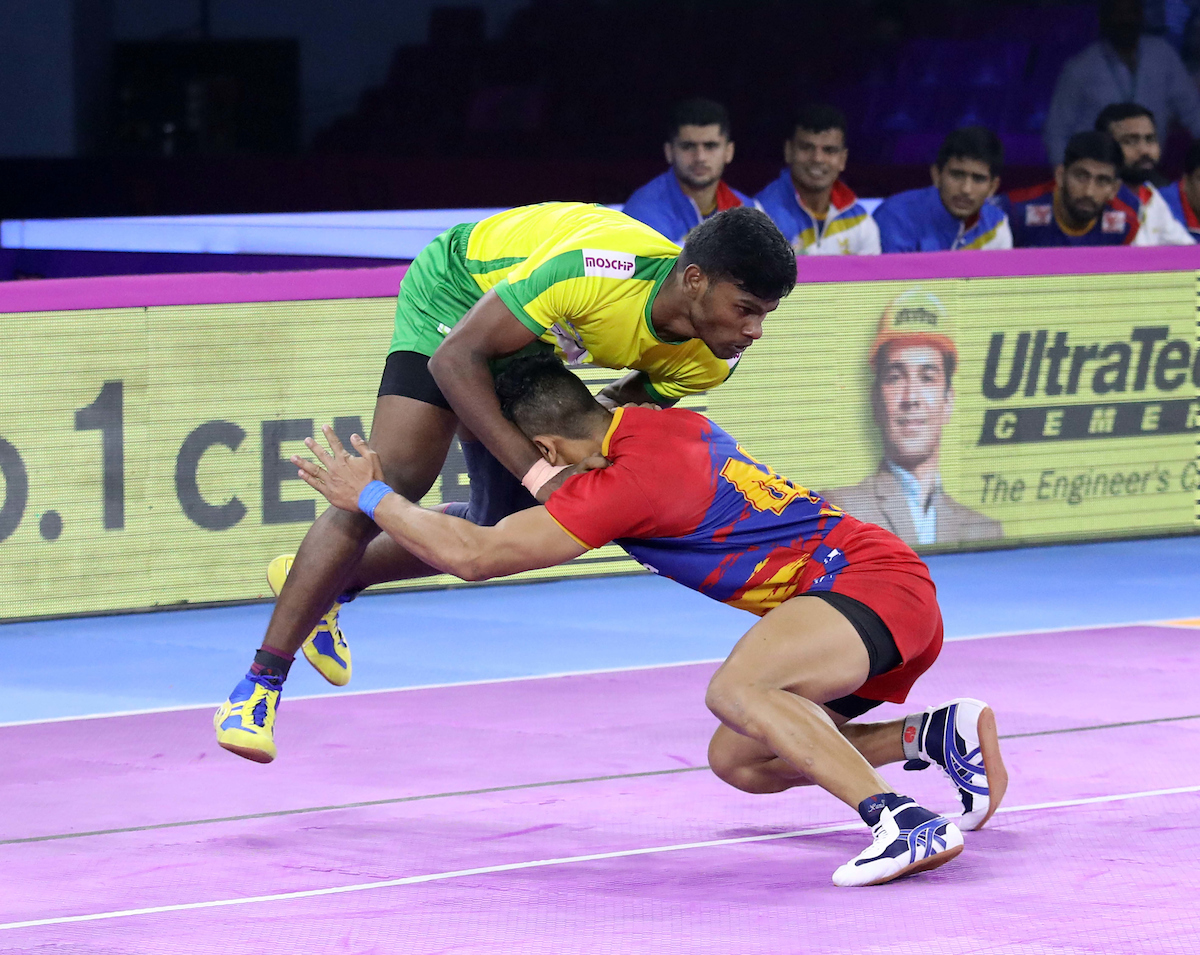 Tamil Thalaivas did not start the match like a team at the bottom playing only for pride. They were composed, aggressive at the right instances and dominated most of the first half. Rahul Chaudhari rolled back the years with his fine raiding, reminiscent of his days at the lead raider for the Telugu Titans, while in defence Ran Singh and Abishek were having an equally good match. The Thaialvas picked up their first All-out of the match in the 10th minute to open a five-point lead which brought smiles to what has thought the season been a gloomy camp. But the problem with the Thalaivas this season have been their inability to be clinical and they allowed UP Yoddha back into the match with a few errors creeping up in the defence. Shrikant Jadhav then produced a stellar four-point Super Raid in the last move of the half to reduce Thalaivas’ lead to a single point. The half ended with the Chennai-based team edging UP 14-13. 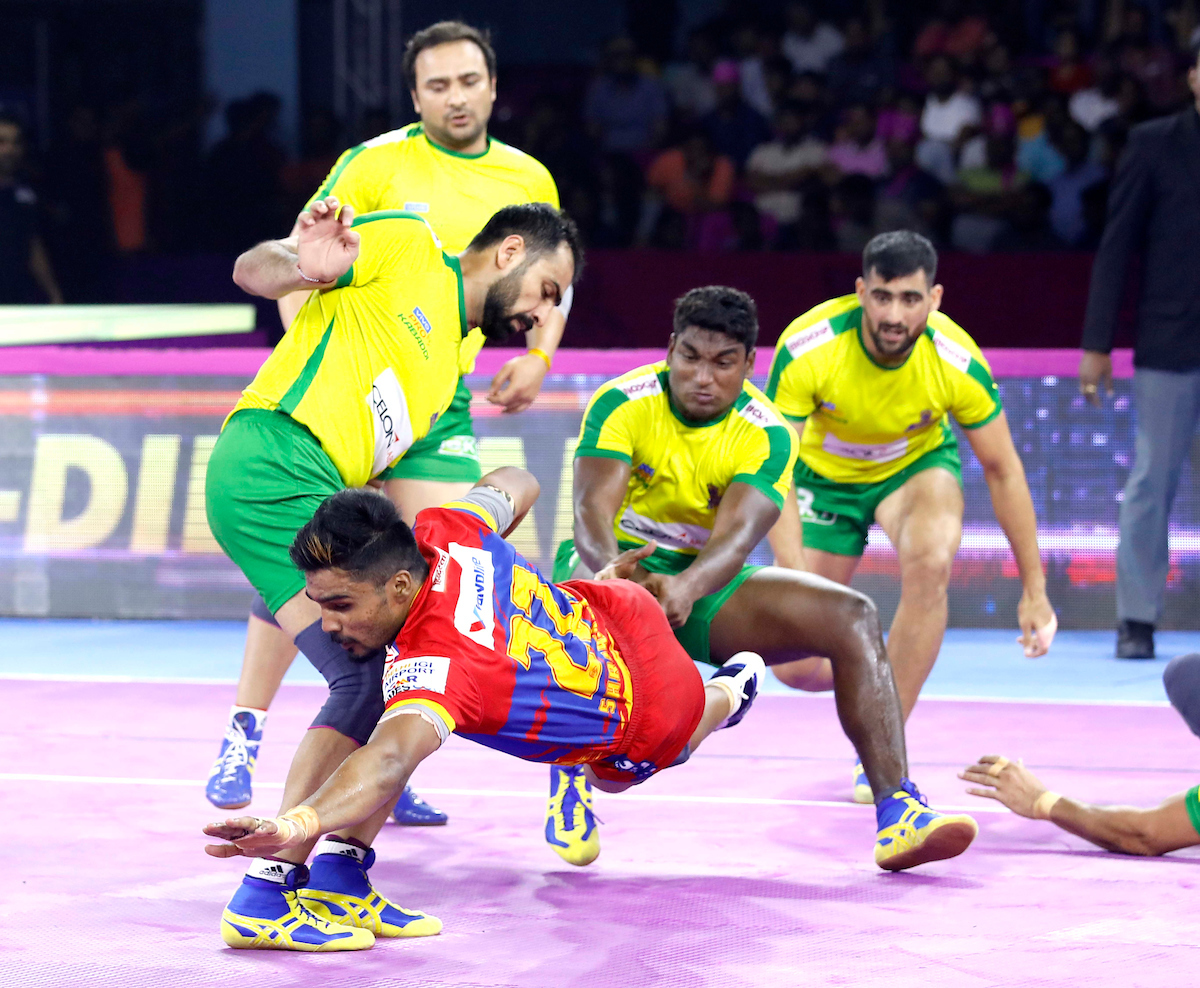 UP Yoddha inflicted their first All-Out in the first minute after the restart and it was one-way carnage post that by the UP team. Shrikant Jadhav and Surinder Gill Stepped up in the raids as points came easy via an error-prone Tamil defence while on the other side Sumit and Ashu Singh were having a night to remembe in the UP defence.  The UP team inflicted another All-Out in the 8th minute of the half to move to a 10-point lead. Sumit picked a High 5 as the trend continued with UP Yoddha clinching yet another All-Out with five minutes left in the match to all but secure the win. The team tested their bench in the final minutes as they saw out the victory that helped them jump to fourth on the points table. The match ended Thalaivas’ hope of making it to the playoffs. 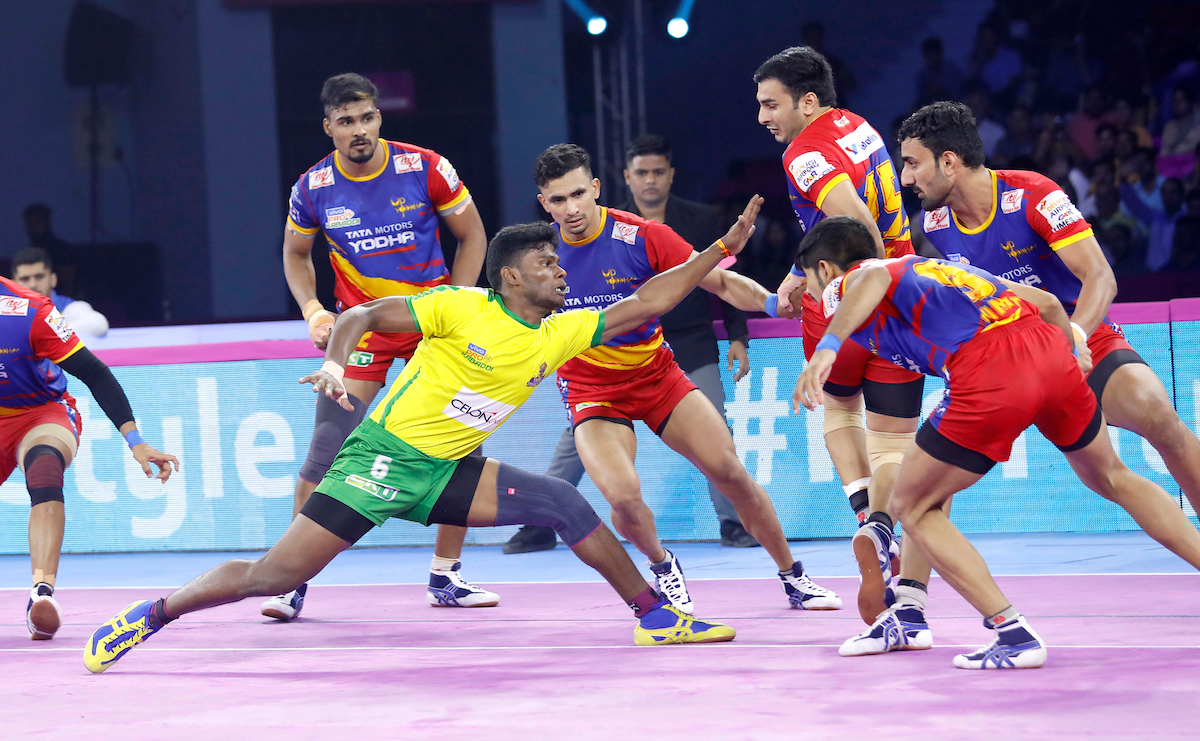