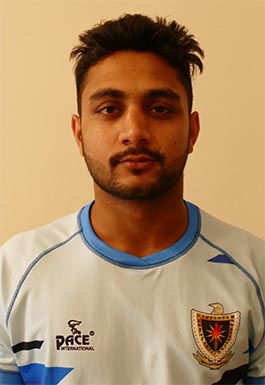 Rohit Gulia was born on 3rd July 1998. The skipper of Gujarat Fortune Giants is one of the most promoising Kabaddi players in the recent years and his stats prove it so. Gulia started playing Kabaddi from a young age after receiving support from his brother Ranvir. Not only that, Gulia's passion for Kabaddi also led to a full backing from his other family members.

Rohit played Kabaddi for his school and was a part of the National School Games for the Under-14 as well as the Under 17 categories. He then went on to continue playing Kabaddi for his college as well where he participated in the Inter-University Tournaments. Rohit made a name for himself in them and became a part of the Future Kabaddi Heroes Program,

Rohit was picked up by the new franchise Gujarat Fortune Giants in Pro Kabaddi 2017 and was one of the many youngsters the team had brought on. Rohit, along with Parvesh Bhainswal and Sunil Kumar (Malik) became an integral part of the team with other seniors like Abozar Mighani, Chandran Ranjit, Fazel Atrachali and Sukesh Hegde.

In his debut season, Rohit proved to be of great help to the team as the youngster was added in the starting seven of the team for 19 matches. He was one of the major contributors in Gujarat's run to the finals. He was the go-to raider in times when the team needed the most and went on to get a title of do-or-die specialist.

After he was retained for Pro Kabaddi 2018, he notched up his game and had scored 61 points from 19 matches. The then 20-year old formed a great partnership with Parvesh, Sunil, and Ruturaj Koravi to help the team reach the second consecutive finals of the league.

In a steal deal for Gujarat Fortune Giants, Rohit was retained for the third consecutive season for a sum of Rs. 25 lakh. Coach Manpreet Singh showed a lot of confidence in Rohit as the youngster went on to play all the league matches for them. Not only that, but Rohit was also handed the captaincy band and went on to become the youngest player to lead a team in Pro Kabaddi.

Rohit played 22 matches and scored 142 points in Pro Kabaddi Season 7 and finished as the 11th best player of the tournament and a top scorer for Gujarat.

Rohit is a part of the Railways kabaddi team and plays for them in the national circuit. IN March 2020, Rohit represented the Railways at he 67th Senior National Kabaddi Championships and was the second-highest points scorer for the team's title run.