Bengal Warriors produced a composed performance to beat U Mumba 29-26 in a closely-fought VIVO Pro Kabaddi League match in Kolkata on Wednesday.

Sukesh Hegde (8 points) and Mohammad Nabibakhsh (4 tackle points) were the stars for the home side who had to rely on a Super Tackle by Rinku Narwal in the final minute to seal the match in front of their fans at the Netaji Subhash Chandra Bose Indoor Stadium. U Mumba will take positives from the match despite the defeat with Arjun Deshwal impressing with a career-best tally of 14 raid points (15 in total). 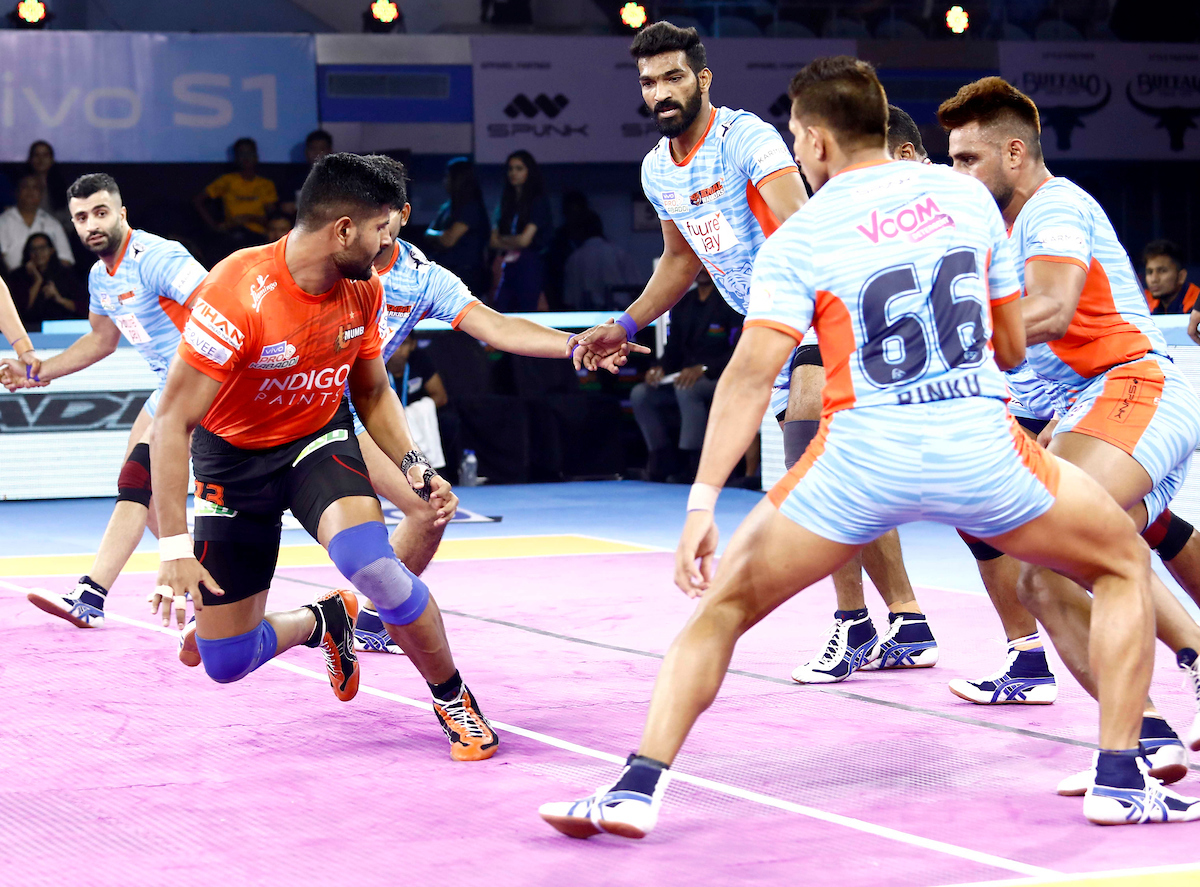 The home side started on the backfoot as young Arjun Deshwal, on the back of a match-winning performance for Mumbai last evening, started the game with a three-point Super Raid. U Mumba’s recent turn in form has largely been down to the improved raiding from the duo of Arjun and Abhishek Singh but Bengal Warriors ensured they didn’t run away with the game after the initial minutes. Maninder Singh, Mohammad Nabibakhsh and Sukesh Hegde (replacing K Prapanjan in the lineup) soon got their act together as they capitalised on a poor defensive performance from U Mumba. The Warriors clinched their first All-Out of the match in the 16th minute of the match to open up a six-point lead. Arjun Deshwal’s Super Raid in the dying minutes of the half, however, reduced the margin to three and the sides took the break with scores at 16-13 in favour of Bengal. 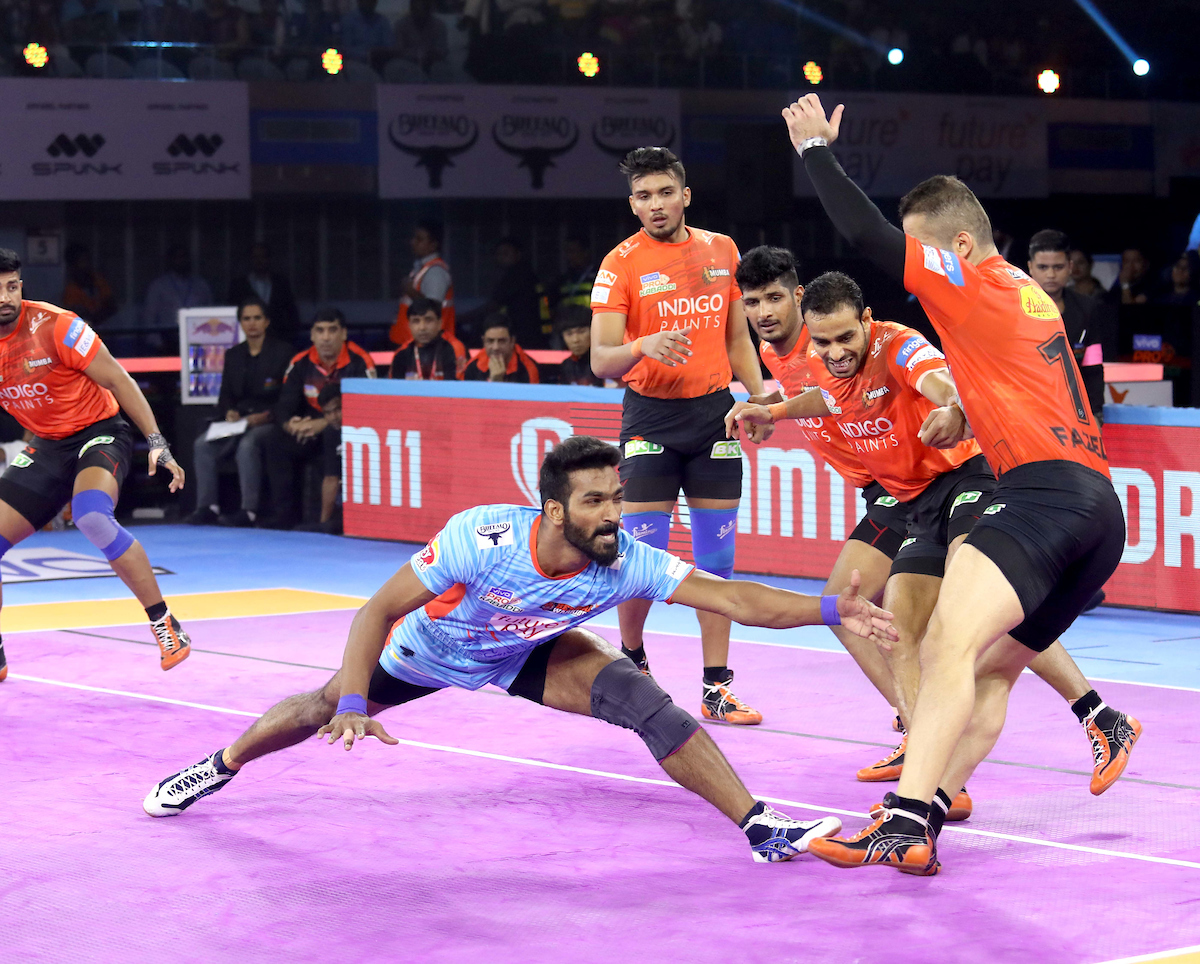 The second half was a repeat of the first – U Mumba’s good work in the raids undone by errors in the defence. Arjun Deshwal raced to his Super 10 for the Mumbai unit but Bengal maintained their lead without having to break a sweat. Iranian all-rounder Mohammad Nabibakhsh impressed with his tackling while Sukesh Hegde proved to be an able replacement for Prapanjan as the home side clung on their lead. ‘Sultan’ Fazel Atrachali’s calming presence on the mat rubbed off on U Mumba’s young raiders and they repaid his faith to cut the lead to a point with under a minute remaining. But Rinku Narwal came up with a massive Super Tackle in the final minute to seal the match for the home side.