After a dominating performance against Patna Pirates, Haryana Steelers will look to continue their fine form against Bengaluru Bulls in their sixth match of the Pro Kabaddi League season seven on Sunday, 11 August 2019 at the EKA Arena in Ahmedabad.

After the return of raider Vikash Khandola, the Steelers have come up with improved performances. In their fourth match against the Tamil Thalaivas, the Steelers fought valiantly but went down by a close margin after taking the lead initially. 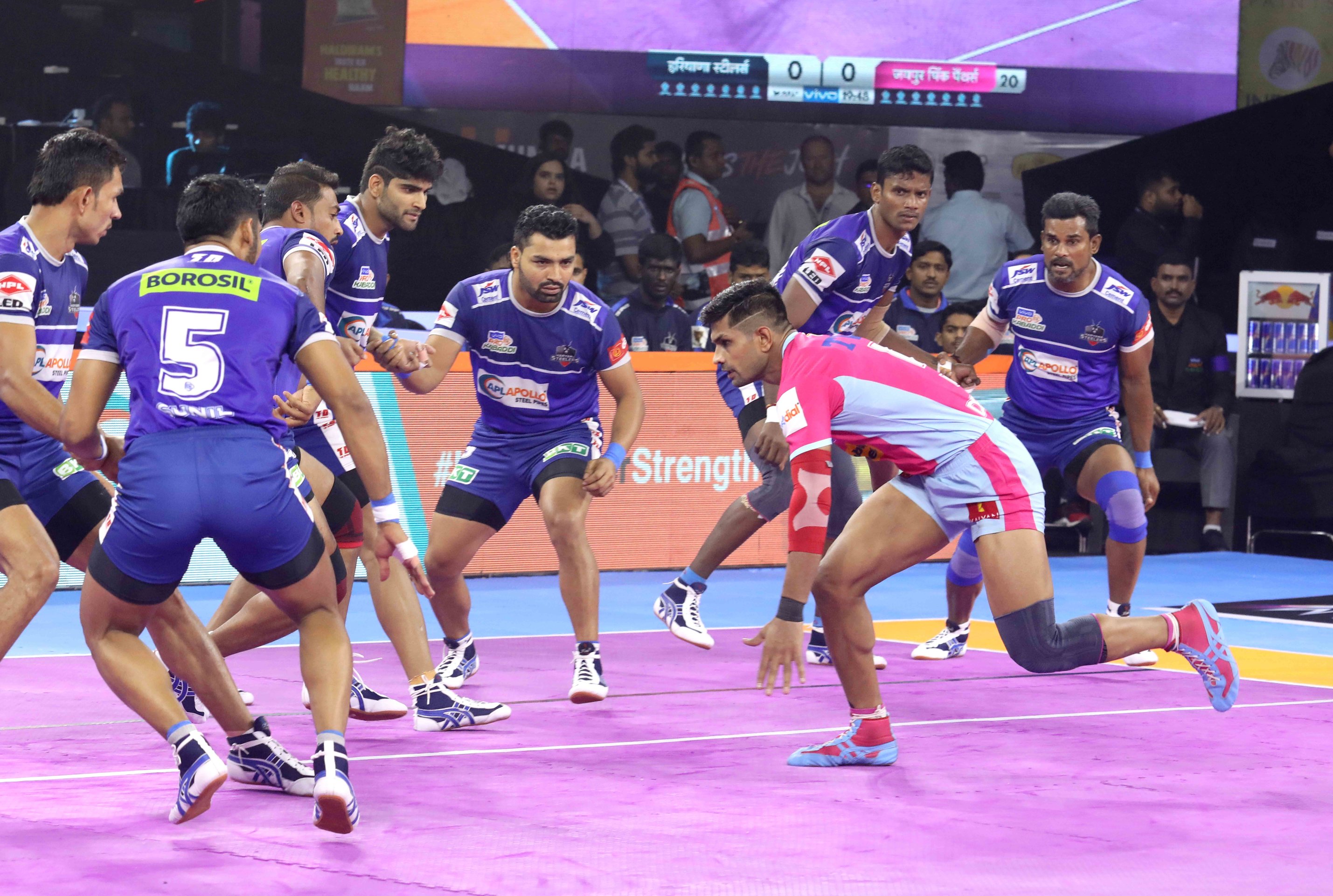 In their last match against the Patna Pirates, the Steelers didn’t put a foot wrong. They took control from the very beginning and gave no chance for the opponents to get back into the match.

Talking about the last match against the Pirates, Vikash said the whole team played as a unit. “In our earlier matches there were a lot of offensive and defensive mistakes, against Patna the whole team stepped up. We concentrated on not making those mistakes and so we registered the win.” said Vikash.

Bengaluru Bulls are one of the strongest teams in the league. Their raider Pawan Kumar Sehrawat has scored 74 points so far, the highest in the league. Steelers though are confident of overcoming the challenge posed by Pawan and his teammates.

“Bengaluru is a good team but I still believe all the 12 teams are equal. Pawan Is currently in great form, so we will employ the same tactics we employed against Pardeep Narwal, keep him out of the pitch as much as possible. If we do that I’m sure we can win against Bengaluru,” added Vikash.