Naveen Kumar was once again the star for Dabang Delhi K.C. as they thrashed Tamil Thalaivas 50-34 in a VIVO Pro Kabaddi League match at the Netaji Stadium in Kolkata on Sunday.

The 19-year-old raider added another Super 10 (17 points) to his name to make it 12 consecutive Super 10s in a row as the table-toppers made light work of beating an out-of-form Tamil Thalaivas side. Dabang also became the first side to hit the 50-point mark this season in their big victory against the Thalaivas. Uday Kumar’s appointment as the head coach did little to change the Thalaivas' fortunes as experienced players continued to produce underwhelming performances on the mat. 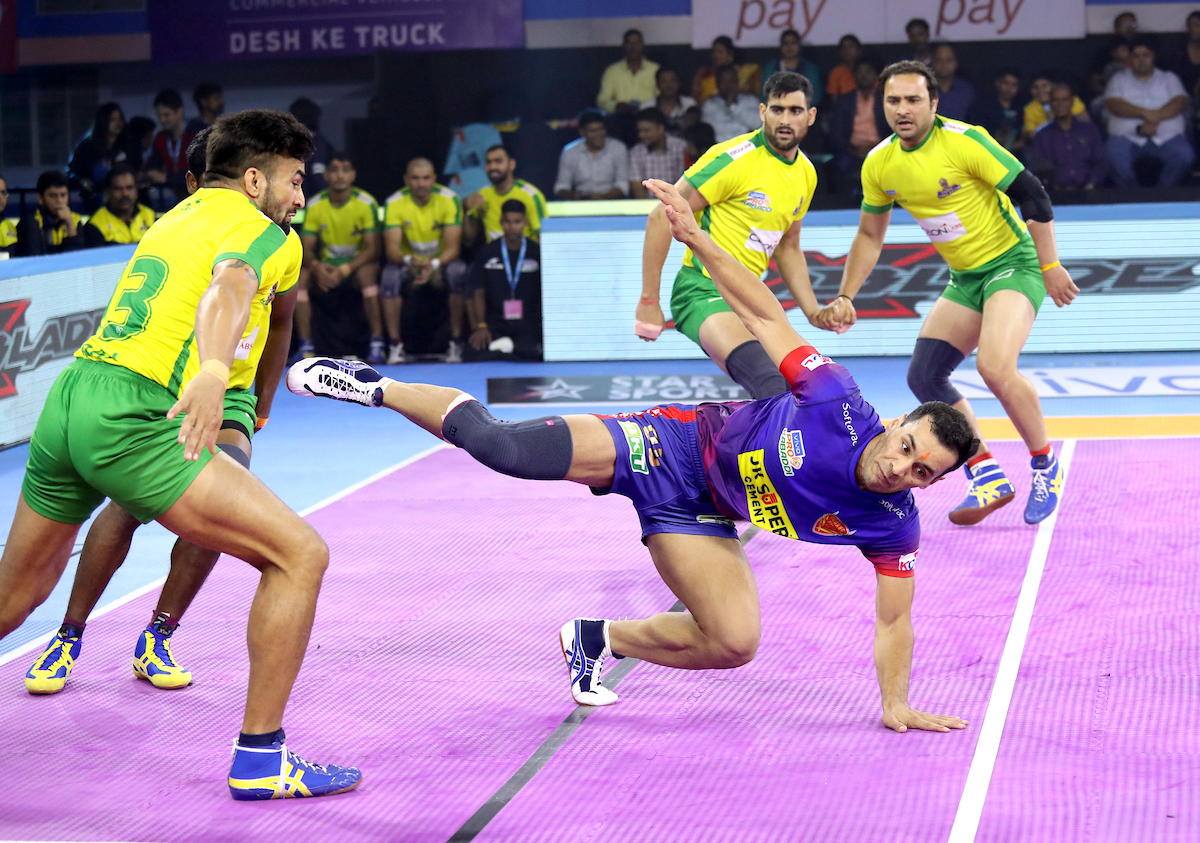 Delhi, on the back of a disappointing loss against Haryana Steelers on Saturday, started the match on a positive note. Meraj Sheykh found a place in the starting line up as Delhi addressed the raiding concerns that were exposed against the Steelers by benching Chandran Ranjit for the experienced Iranian. Naveen Kumar was in exceptional form once again as Delhi’s early dominance resulted in the first All-Out of the match in the tenth minute. Experienced Kabaddi coach E Bhaskaran had stepped down from the helm of Thalaivas, taking responsibility for the team’s woeful performances this season, but a change at the top really didn’t reflect much on the mat where the seasoned campaigners continued to underperform. Rahul Chaudhari, Manjeet Chhillar and Ajay Thakur looked helpless on the mat yet their best talent, Ajith Kumar, was only sent in his first raid in the eighth minute despite being in the starting lineup. The lack of unity in the Thalaivas’ ranks showed as Naveen Kumar upped his game to inflict another All-Out a minute before the half time. The first half ended with Delhi leading 24-12. 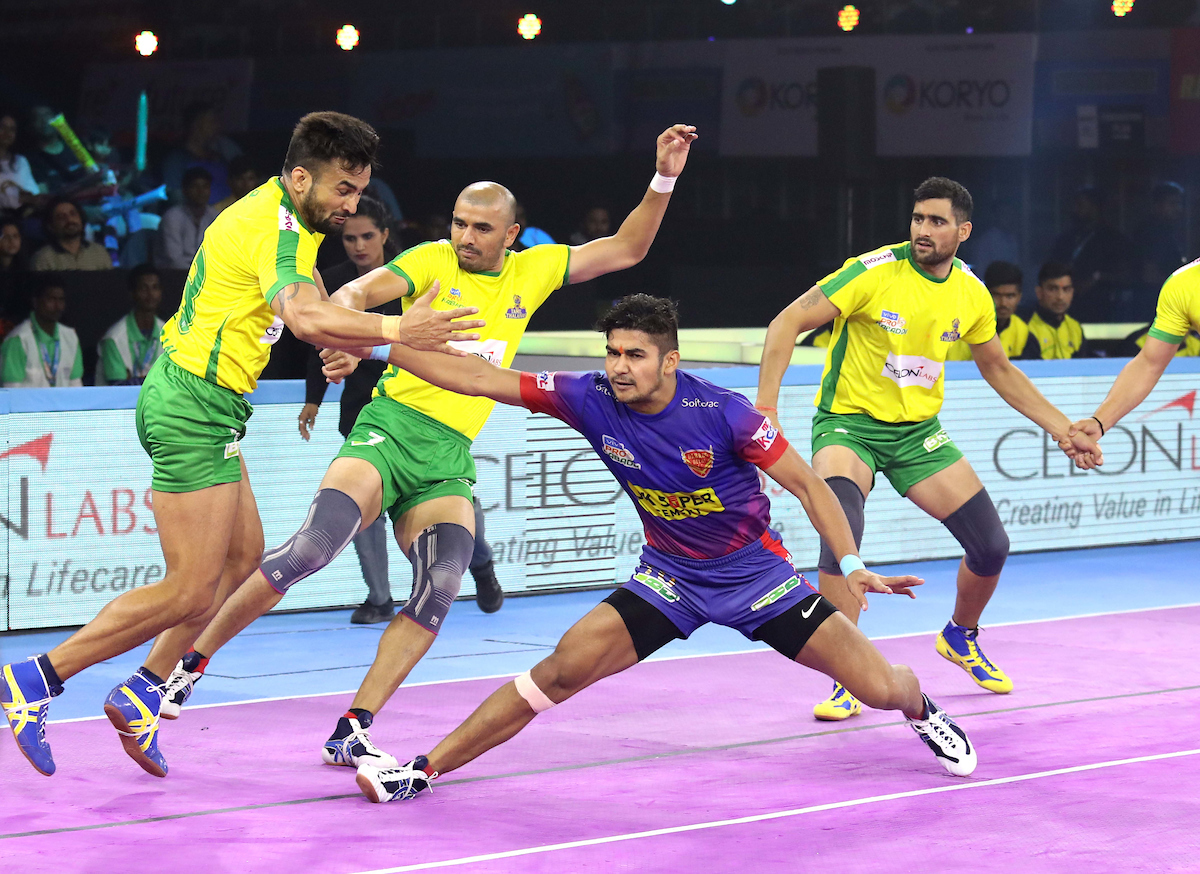 Naveen raced to his Super 10 in the first minute after the restart. Meraj Sheykh then produced a three-point raid to reduce the Thalaivas to just one man on the mat. The third All-Out was achieved by the third minute of the half as Sheykh claimed his Super 10 in what was becoming an absolute thrashing for the Thalaivas. Thalaivas had already committed a whopping 24 unsuccessful tackles by the 15th minute of the half and that summed up the problems in the camp. Rahul Chaudhari clinched his Super 10 and Ajith Kumar secured nine in the final stages of the match but there was no coming back for the Chennai-based unit as they suffered another huge loss (their sixth on the trot). The win helped Delhi consolidate their position on top of the table. 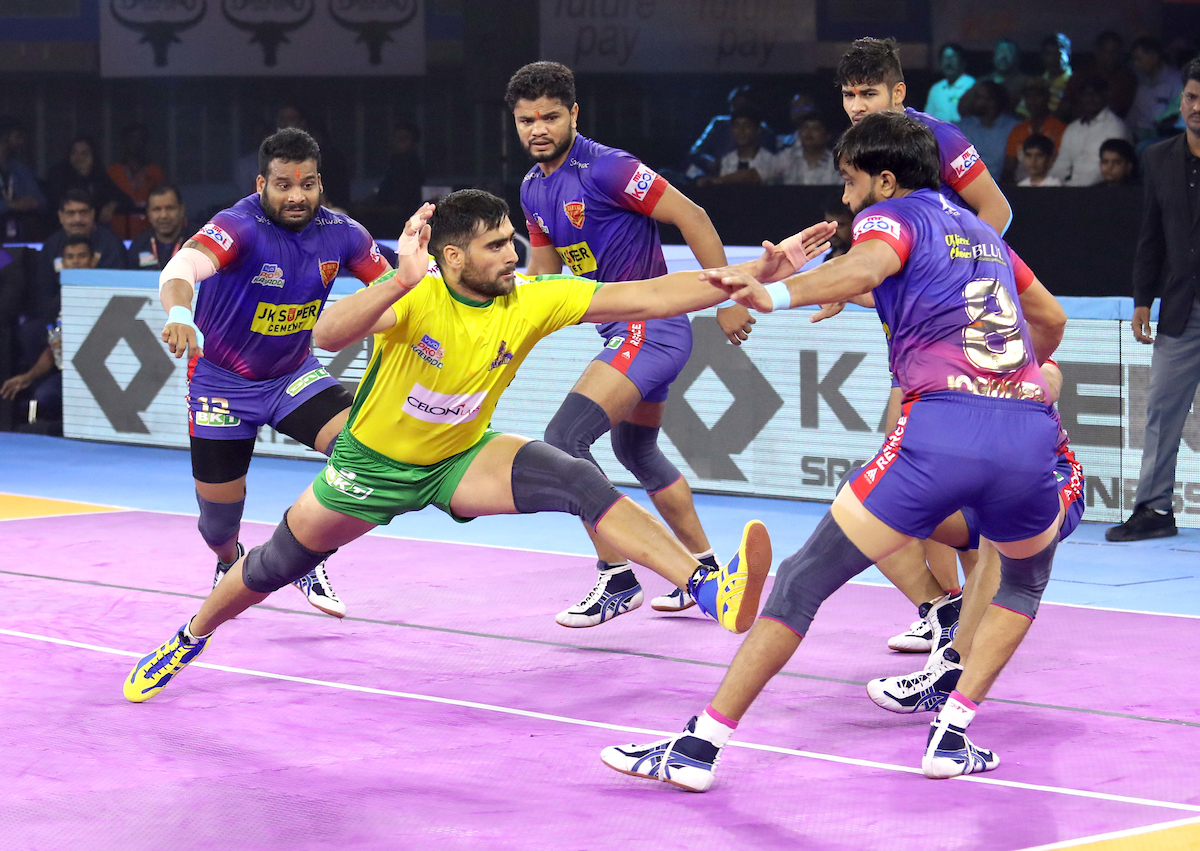