Bengal Warriors' coach BC Ramesh will be the next guest on Kabaddi Adda's Ghar Se Panga program. Having won the Pro Kabaddi Season 7 recently, coach Ramesh will talk about the team's run to the title as well as give some tips and tricks about Kabaddi.

Who: BC Ramesh, Coach, Bengal Warriors
When: 8th May 2020, 4 PM
Where: Kabaddi Adda Instagram

BC Ramesh has associated with Kabaddi for many years, earlier as a player and then as a coach. He has been a part of the Indian men's Kabaddi team that won the gold medal at the 1998 and 2002 Asian Games. He comes from the batch of plyers like Ram Meher Singh, Manpreet Singh, and Sanjeev Kumar, all of whom have now gone on to become the coach of some team in Pro Kabaddi. He has also been award the Arjuna Award by the Government of India for his services to Kabaddi. 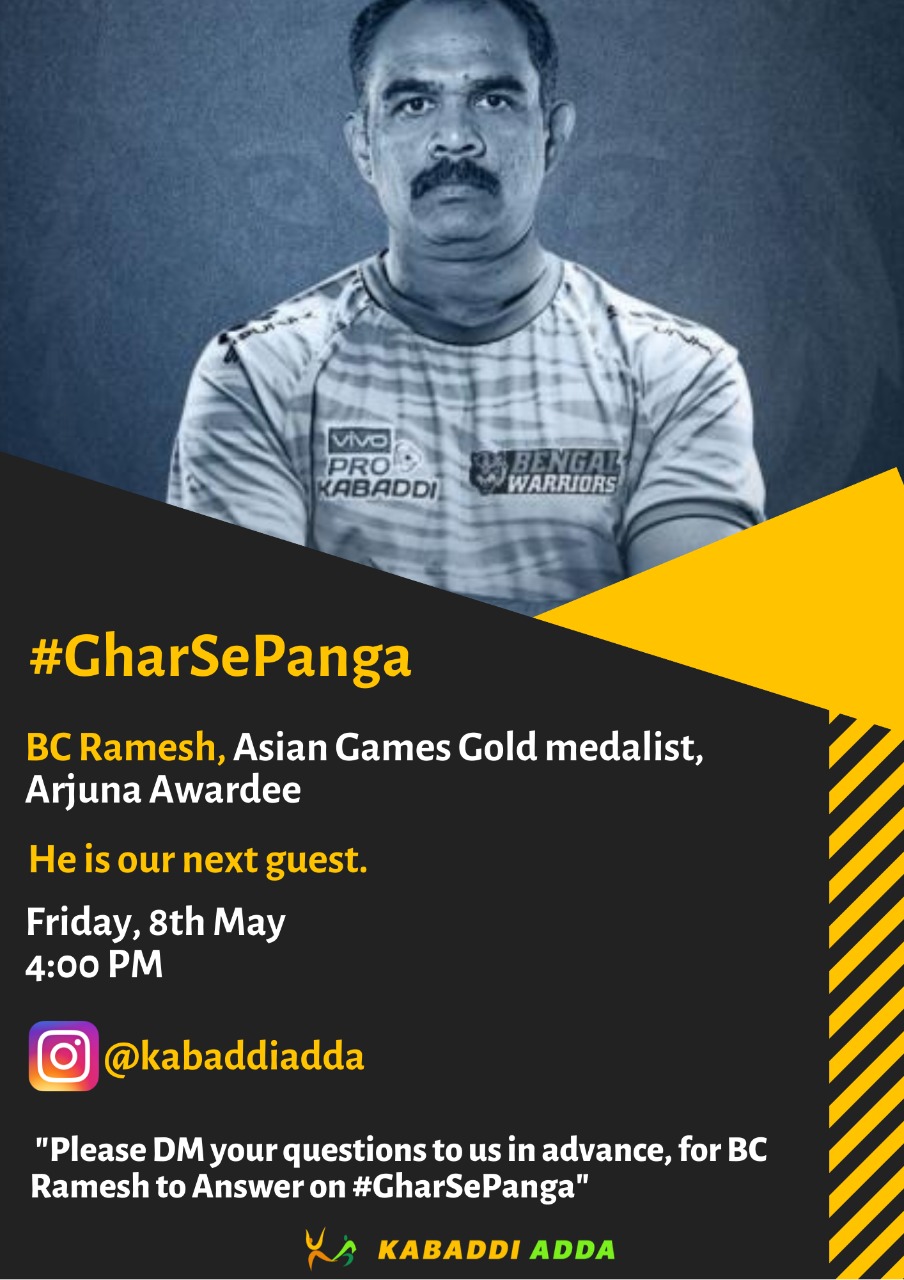 Ramesh started his journey as a coach for the Pune franchise Puneri Paltan in the year 2017. His guidance helped the team to finish on the second position in their Zone and make their way into the play-offs. They lost to the eventual champions Patna Pirates in the eliminator 2. The coach then moved to Bengaluru Bulls to assist Randhir Singh Sehrawat and helping them to win their maiden title.

In the Pro Kabaddi Season 7, the Karnataka man was snatched by Bengal Warriors as their head coach. With players like Maninder Singh, Sukesh Hegde, Mohammad Esmaeil Nabibakhsh, Rakesh Narwal, and Jeeva Kumar in the team, BC Ramesh successfully guided the team to their maiden title of the league.

During his interview with Kabaddi Adda, he will also answer your questions regarding the sport and any doubts you have regarding any technique that you want to focus on. Feel free to send your questions to us and do not forget to join in for the live session.