One of the top defenders of Pro Kabaddi League, Baldev Singh, will be live on Kabaddi Adda Instagram as a part of the Ghar Se Panga series. Baldev plays with the Bengal Warriors franchise in the league and was an integral part of the team that went on to win the title at Pro Kabaddi 2019. You can get a chance to see him live on Friday, 17th April at 4 PM.

Baldev Singh started playing Kabaddi at a young age and was inspired to take up the sport from his father, Manjeet Singh, who played for the Services. Baldev was born in Nalagarh in Himachal Pradesh and has went on to become one of the leading players from the state. He started his coaching under Rakesh Chandel, a SAF Games 1995 gold medalist. 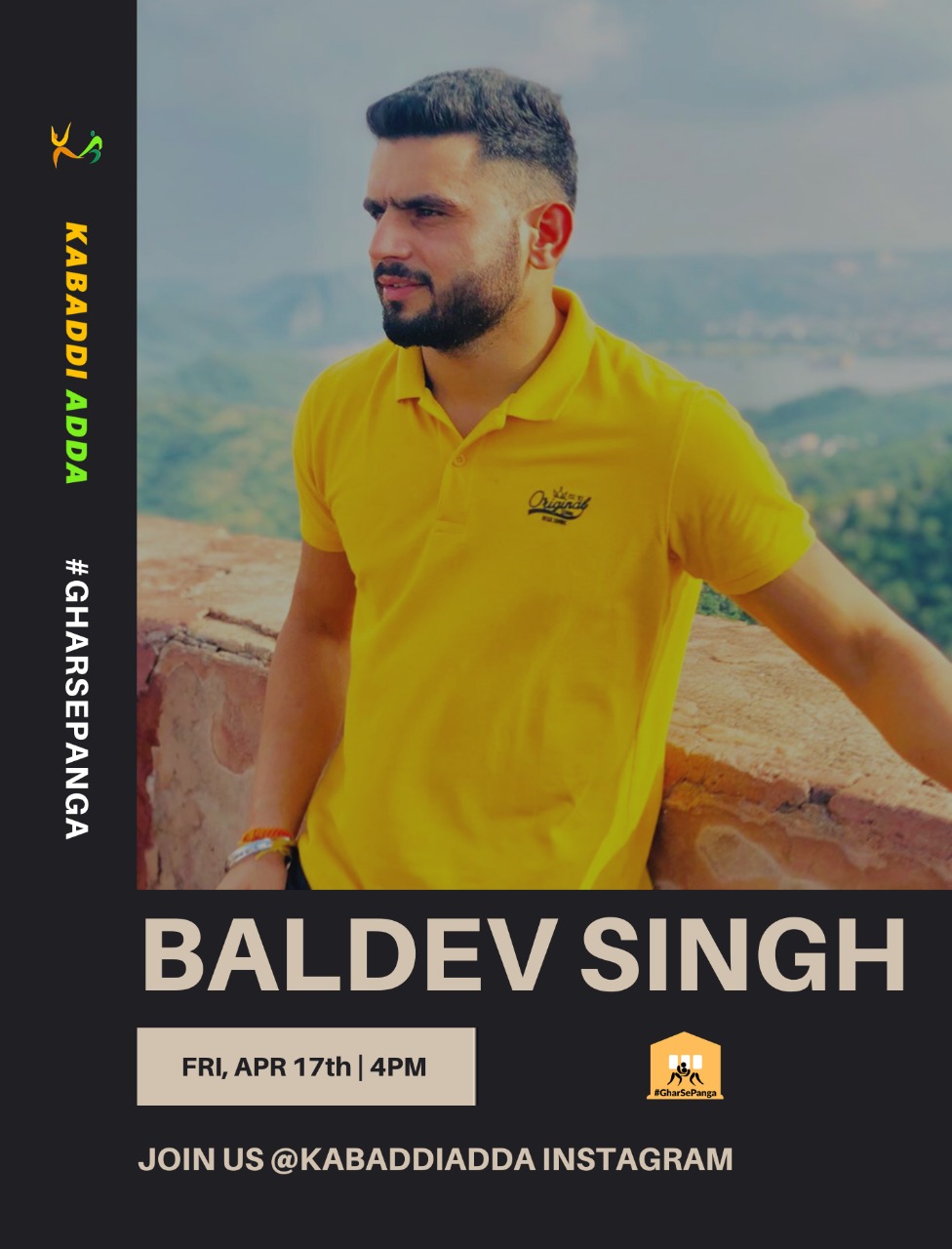 Coming from a place of big Kabaddi names like Ajay Thakur and Manpreet Singh, Baldev was surrounded by ton of talent from whom he could get guidance. After joining the Sports Authority of India in the year 2010, Baldev went on to play the Senior Nationals along with Ajay Thakur and Vishal Bhardwaj. The trio has been playing together for the state since the year 2017-18.

Baldev's performance in the national circuit captured the attention of the selectors and he was sent to Nepal in the year 2017 as a part of the Indian team at the International Invitational Men's Kabaddi Tournament. Soon, Baldev was also picked up by Bengal Warriors for Pro Kabaddi Season 6. Although he did not have a significant performance in the season, the Warriors retained him at the PKL Season 7 Auction for Rs. 13 lakh.

Baldev had an extremely impressive campaign at the Pro Kabaddi 2019. Along with Riku Narwal, he became the team's lead defender and finished the season with 66 tackle points, the most by any Bengal Warriors player. His top-notch defense was one of the reasons why the Warriors went on to win the league.

In the live interaction session with Baldev, the audience will also get to talk with their favorite player and will be able to ask questions directly to him. He will be talking about his equation with the top Kabaddi players like Ajay Thakur, Maninder Singh and other and will also shed light on how he has been practicing during the lockdown.