Haryana managed to dominate in both boys and girls category, while Himachal Pradesh finally opened their medal tally with a win over Haryana in the final match of the Khelo India Youth Games 2021, held at Haryana. 4th Khelo India Youth Games are jointly organized by the Government of Haryana, and the Ministry of Youth Affairs and Sports at Tau Devi Lal Stadium, Panchkula, in Haryana.

The boys final proved to be a nail-biting thriller, with both the teams tied at full time,courtesy of a spectacular comeback from HP after trailing in the game for the majority of the half, with the game being decided through a tiebreaker in which HP came out on top, defeating Haryana 5-6 to clinch the gold medal in the boys’ category.

In the girls category, Haryana was facing Maharashtra in the final match of the Youth games, and the team showcased their might in the big game. The Haryana unit never looked out of sorts, as they dominated the game through the entire duration, as they went on to defeat Maharashtra quite convincingly by 48-29 to win the gold medal in the girls’ category. Interestingly, the Haryana team had managed to dominate the games in the league stages and knockouts as well, and were the favourites to win the gold medal. 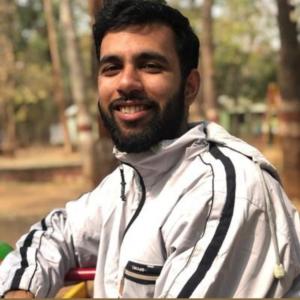