Even though both teams were out of the tournament, Telugu Titans started the match like a squad that wanted to end the tournament on a high. Siddharth Desai had is usual near-perfect first half with a 100% success ratio in his seven raids while Rakesh Gowda also impressed in his raids. The Titans clinched their first All-Out of the match in the seventh minute and dominated proceedings thereafter, with Akash Choudhary particularly impressive in their defense. The first half ended with the Titans leading 21-13.

Sonu had a great game for Gujarat Fortunegiants, scoring 17 raid points (Gujarat’s best-ever raid performance in VIVO Pro Kabaddi history), as the season six runners-up finished their season on a positive note despite a stuttering campaign.

Also watch: Downfall of the Giants - How raiding brought down the defensive powerhouse?

Coach Manpreet Singh’s words in the half time must have inspired the Gujarat men as they started the second half like a transformed side. Sonu impressed in the raids for the Fortunegiants as they secured an All-Out in the second minute after restart to make it a 3-point match. Sonu picked up his Super 10 while this likes of GB More and Rohit Gulia also picked up their game. Gujarat were able to convert their momentum to inflict another All-Out on the Titans (8 minutes remaining) and take the lead for the first time. Sonu’s impressive night got even better when he picked up a massive 4-point Super Raid with 6 minutes left in the match to give Gujarat 5-point cushion. The season six runners-up secured another All-Out with less than three minutes to open an 8-point lead which helped them seal the match.

Battle for table position in the bottom half, Gujarat Fortunegiants win and will overtake Pune to 8th spot. Titans have played a B team last two games, Will we see Abozar and Vishal in action. Two teams who have seen thee raiding fail, Big Siddharth vs Sachin, Rohit and GB More. 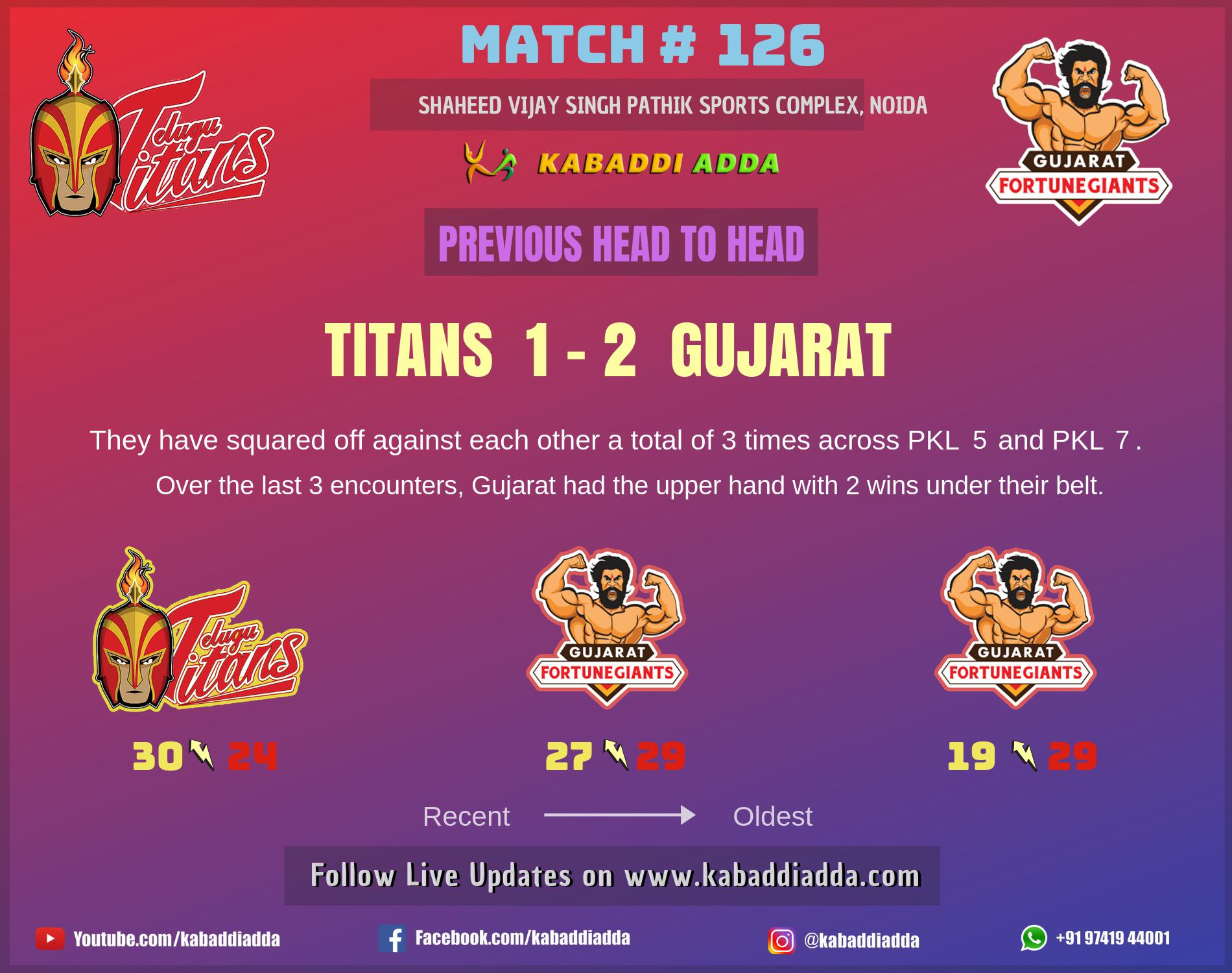