Telugu Titans with this loss are out of the playoffs race officially. No Rahul Chaudhari, Nilesh Shalunke, Vishal Bharadwaj, playing with their B team gave a good fight to Bengal Warriors towards the end of the game. Maninder Singh started the game with a bonus and a touch point and Rajnish went back empty hand. Jang Kun Lee's 4 points super raid gave a strong start to Bengal Warriors.

Rajnish scored the first point for Telugu Titans and back to back 2 super tackles brought Titans back in the game. In the 6th minute Telugu Titans leveled the score, but Farhad made an error and during one of his raid in the 7th minute lost his control and stepped out, which turned into a super tackle, Bengal Warriors were back in lead with 2 points 9-7. In the Telugu Titans attack Armaan was brilliant who scored super 10 in the first half. Bengal Warriors walked into the half time with 8 points cushion.

Bengal Warriors continue the momentum in the second half and it remained a one sided game, though towards the end Telugu Titans made a come-back but to their disappointment inflicted the all-out in the last minute. Armaan was brilliant and scored 13 points, which included 2 tackle points. He was supported by Rajnish with his 5 points. 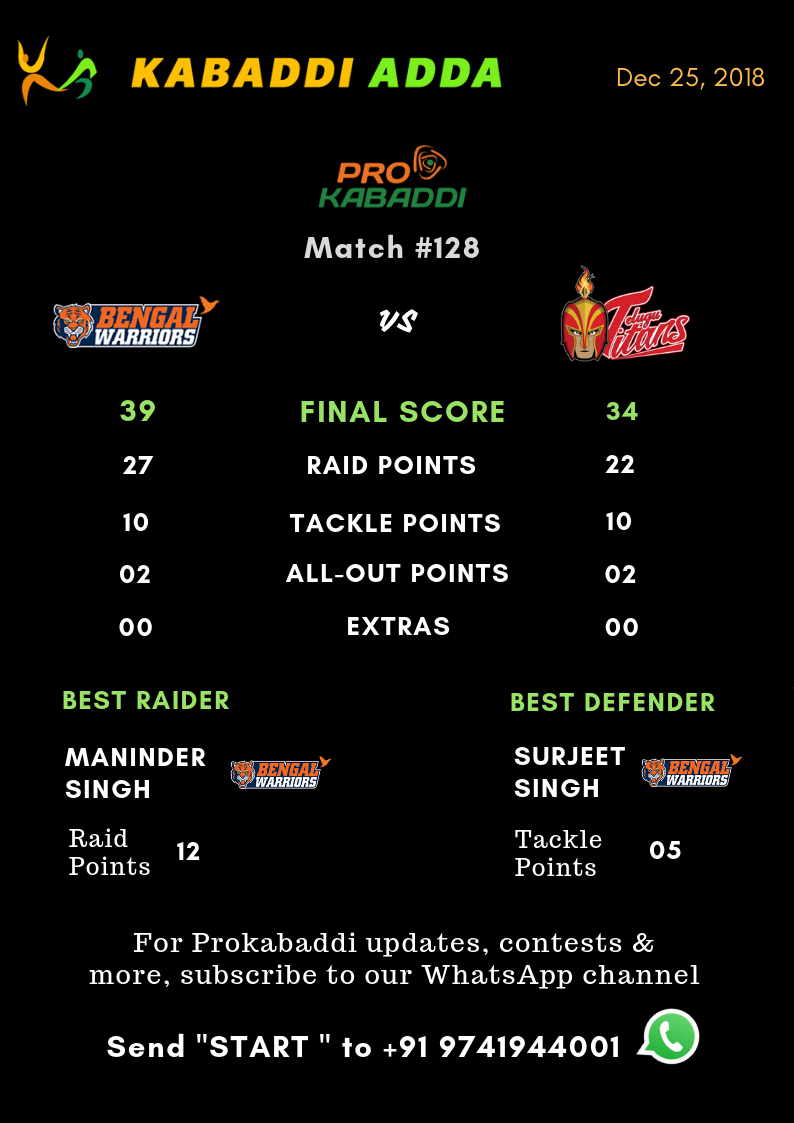 Abozar Mighani who came as substitute in the second half scored 3 tackle points. In Bengal Warriors attack once again it was Maninder Singh, who scored 12 points in his 15 raid attempts and completed 500 points in his PKL career, he turned out to be the fastest to reach this feat. At the end Bengal Warriors with this win have cemented their position in Zone B. 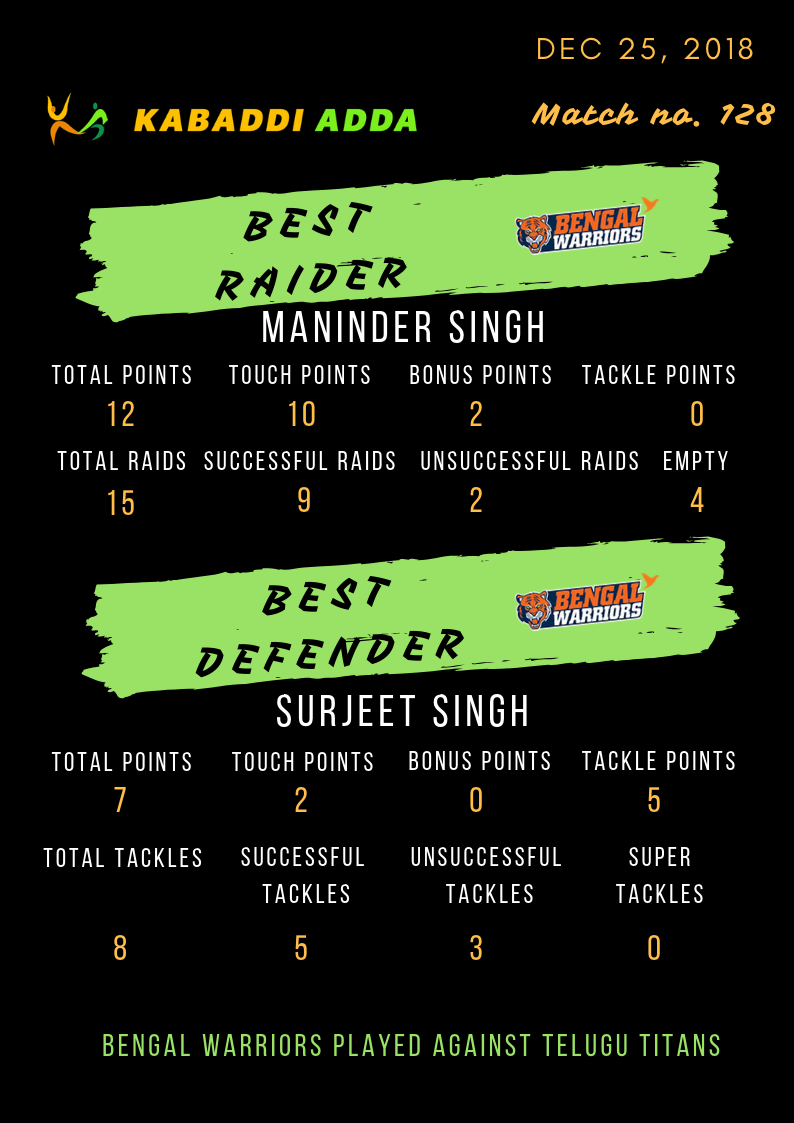 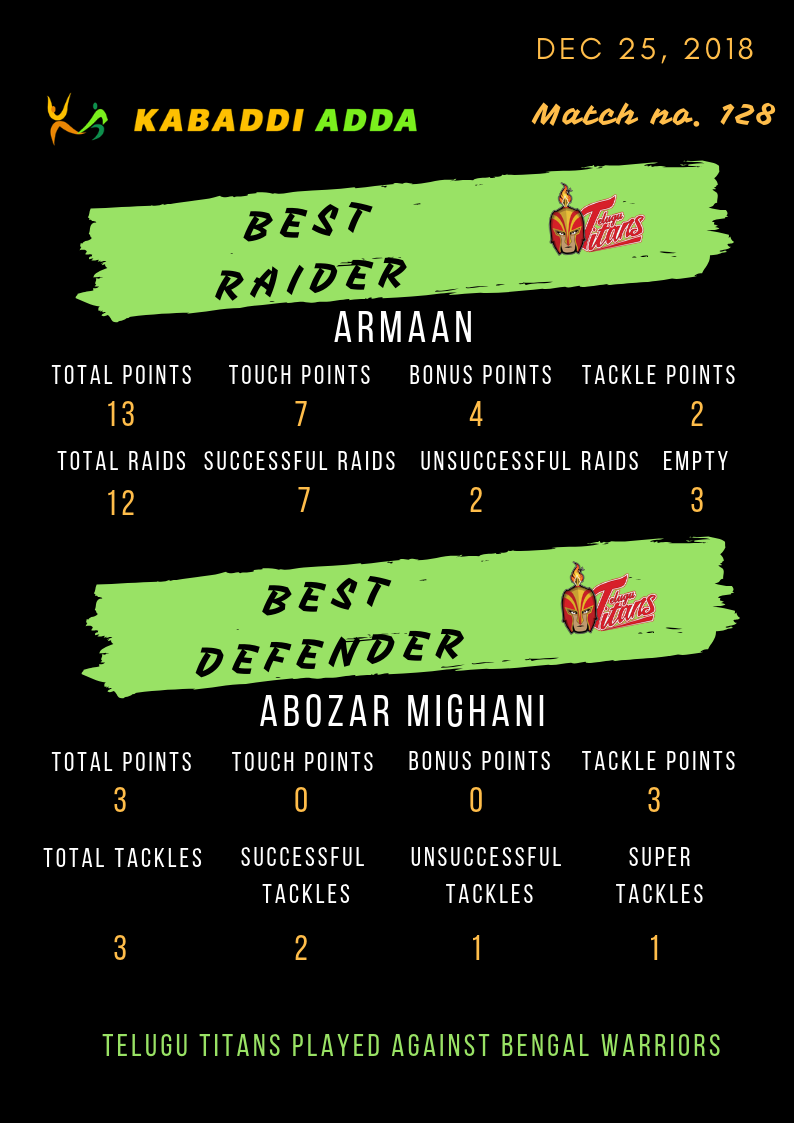 Stay tuned with us as on the 5th day of their home-leg Bengal Warriors will take on Bengaluru Bulls and Patna Pirates will play their must win match against Gujarat Fortunegiants: 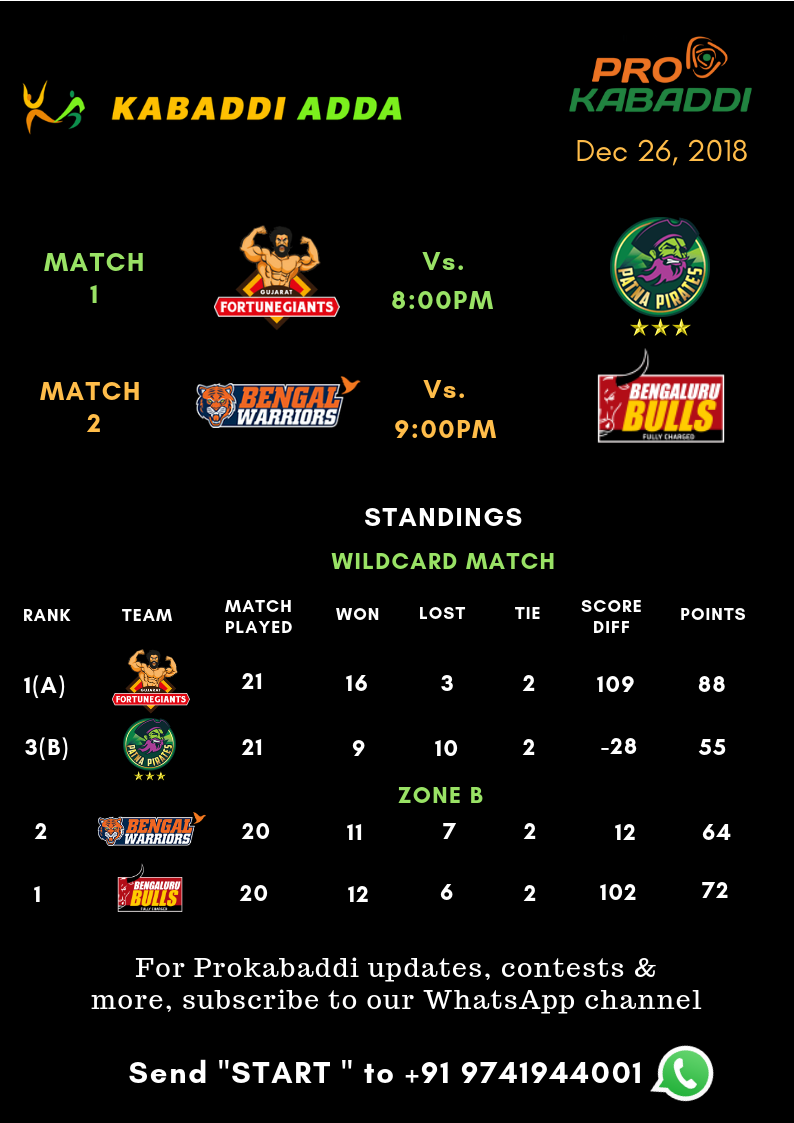