Home side Bengaluru Bulls produced a remarkable comeback to beat three-time VIVO Pro Kabaddi League champions Patna Pirates 40-39 in a thrilling encounter in front of a jam-packed audience at the Sree Kanteerava Stadium in Bengaluru on Wednesday.

Pawan Sehrawat, with another Super 10 (17 raid points), was once again the star for the defending champions in a match that saw Patna Pirates lead for a long time. Pardeep Narwal’s Super 10 (14 raid points) for the Pirates went in vain as defensive blunders at crucial junctures of the match saw the win slip away from their clutches. 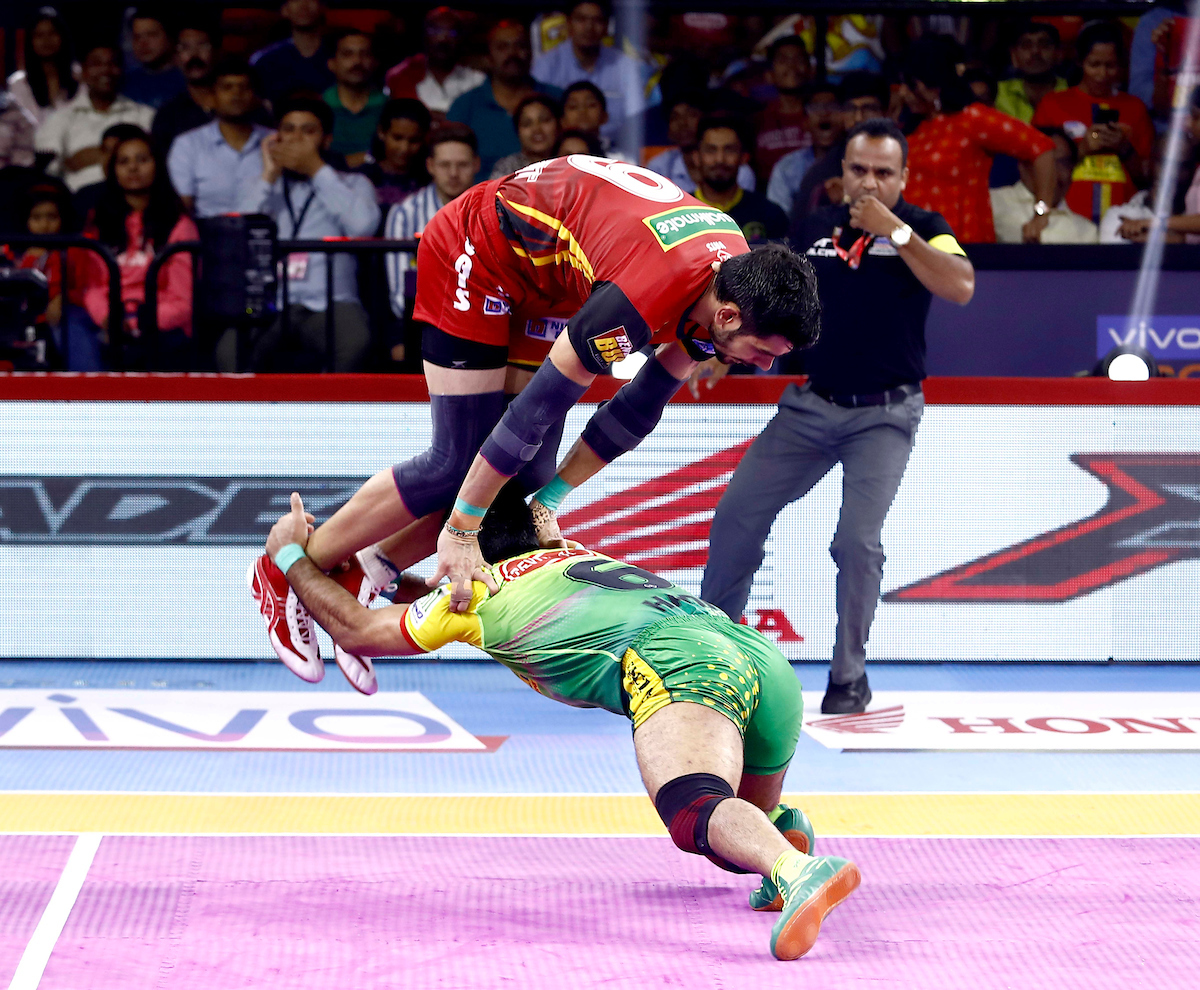 All the talk leading up to the match had been about the star raiders on display. Pardeep Narwal and Pawan Sehrawat are perhaps the biggest names in Kabaddi at the moment and the duo certainly did not disappoint in a first half that saw multiple audacious raids by the superstars. ‘Dubki King’ Pardeep Narwal started off the proceedings on the front foot, picking valuable points for a struggling Patna side with clever raids. Pawan Sehrawat was equally good in his raids but Patna’s defence was better than Bull’s in the first half. Pardeep Narwal’s two-point raid in the 13th minute inflicted the first All-Out on the home side and stretch the lead to six points in favour of the three-time champions. Pardeep then produced a stunning four-point raid ( taking out Mahender Singh, Mohit Sehrawat, Rohit Kumar and Amit Sheoran) in the 15th minute to build up a healthy lead for the Pirates. Bengaluru’s biggest problem on the mat was their captain Rohit Kumar’s poor day as a raider. He didn’t get a single point in a first half that saw Patna take a six-point lead to the break (22-16). 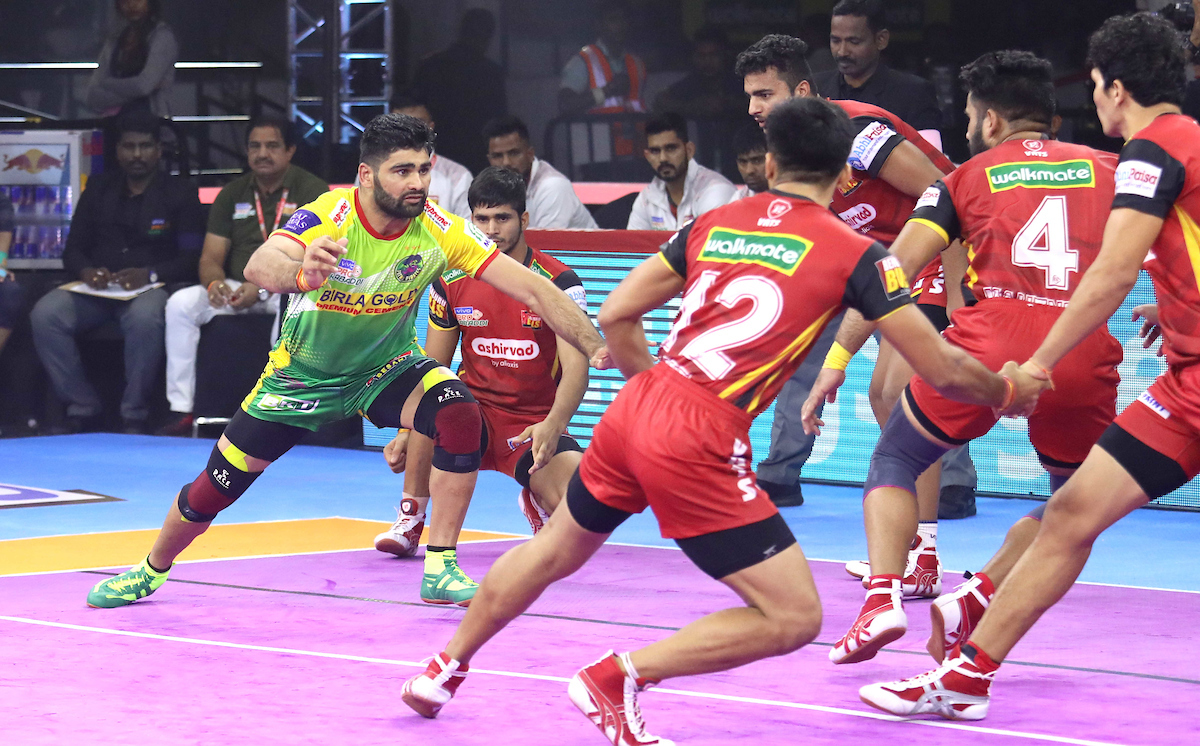 Patna began the second half strongly but this time thanks to their defence. The Iranian duo of Mohammad Esmaeil Maghsoudlou and Hardi Osthorak produced mighty Super Tackles for the Patna team to push them further ahead. But Rohit Kumar broke his jinx in the second half and was in the points for the Bulls as they slowly reduced the Pirates on the mat. Amit Kumar, the last man on the mat for Patna, produced a Super Raid with under seven minutes remaining in the clock to revive two Patna players. The Bulls did eventually get their All-Out, despite all the efforts by Pardeep Narwal (who secured his Super 10 in the process) with under four minutes remaining. Pawan Sehrawat produced a two-point raid in the dying minutes to complete the comeback, clinching a personal milestone of 500 Pro Kabaddi League points, to tie the match at 38-38 and the Bulls’ defence held firm in the last minute to clinch an important victory.