Kabaddi Adda brings you the opportunity to interact with the top raider of Pro Kabaddi, Pardeep Narwal, live on Instagram. After a successful live interaction with Vikas Kandola, Sandeep Narwal, Shrikant Jadhav, and Indian Railways' coach Rana Tiwari, Kabaddi Adda now brings you the most successful player of Pro Kabaddi. The 'Dubki King' as he is famously known will be live on Kabaddi Adda Instagram on the 15th of April 2020 at 4 PM. 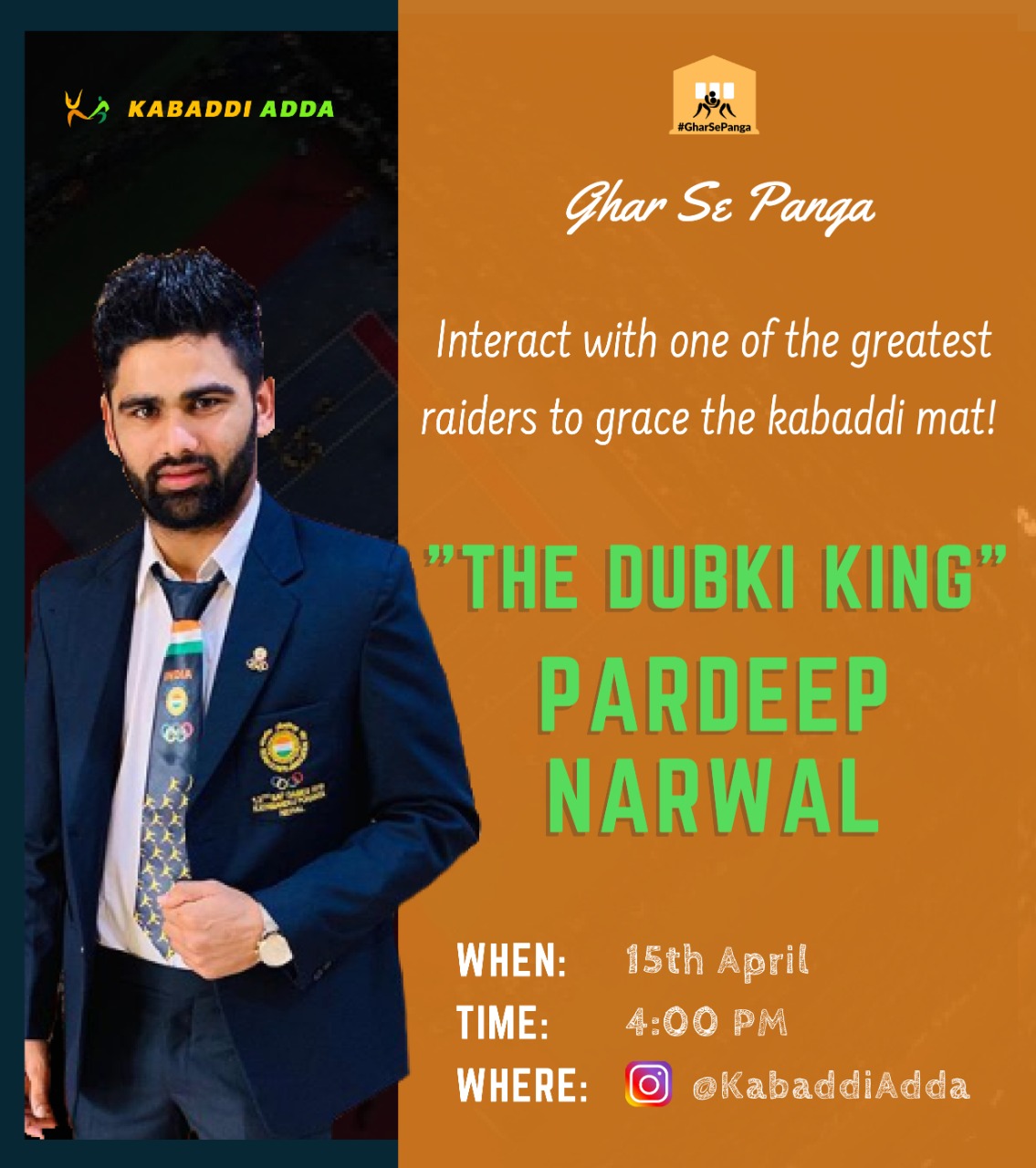 Pardeep is a three-time Pro Kabaddi champion and is the leading point scorer of the tournament. Playing with Patna Pirates, Pardeep has won the Pro Kabaddi in Season 3, 4 and 5. InPro Kabaddi Season 5, Pardeep was the captain and led the team to a hat-trick win in the league.

The Haryana boy is also the highest point scorer in the tournament. At 1160 raid points, Pardeep is the only player to have crossed the 1000-raid point mark. In the total points section, Narwal was the first player to go past 1000 points and currently leads the table with 1169 points. Pardeep was the top scorer in Pro Kabaddi Season 3 and 5.

The Ghar Se Panga session with Pardeep Narwal will be focussed on how the raider is spending his lockdown days in the times of COVID-19. We will also talk about the Kabaddi skills that Pardeep specializes in and he will also be giving out tips on how to perfect the dubki. You will also get a chance to ask Pardeep your questions and he will be answering then and there during the live session.