Standing captain, Rohit Gulia and young raider, Sonu Jaglan scored a super ten each as they kept their Pro Kabaddi League Season 7 playoff hopes alive with a staggering 29 point margin victory over Tamil Thalaivas in Panchkula on Saturday. Manpreet Singh’s boys inflicted three all-outs during the course of the 40 min encounter to record a 50-21 win. 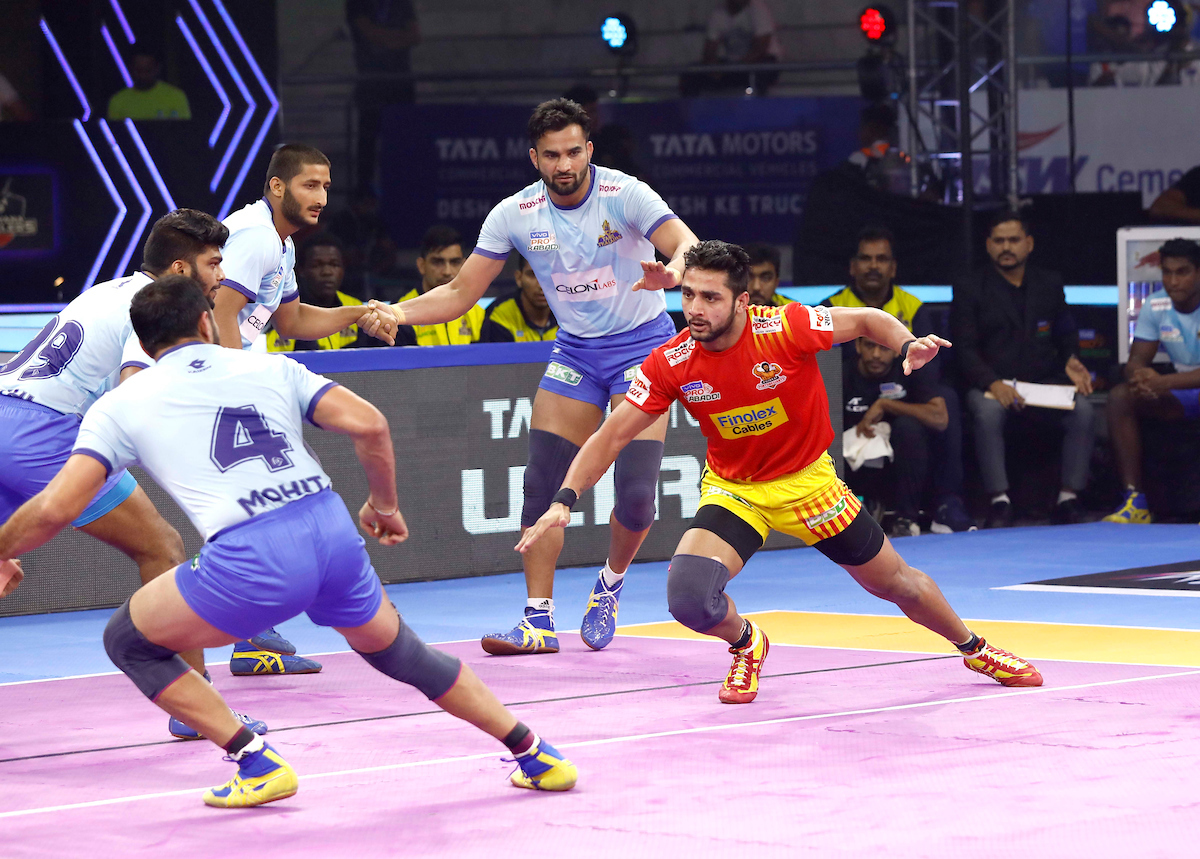 Interestingly, Gujarat used only two raiders, Gulia and Sonu, for most of the match (38 minutes). They kept the Thalaiva defenders on the backfoot with 22 unsuccessful tackles.

All-rounder, Rohit Gulia, led from the front with 11 points. The Giants’ captain showed no mercy as he raided the Thalaivas’ territory with ease. When Thalaivas’ defenders tried to tackle him, he either dragged them to the Giants’ territory or escaped with some acrobatic moves to keep the Giants’ score ticking.

Giants’ defense unit also came to the party as Parvesh Bhainswal, Ruturaj Korava and Pankaj kept Tamil Thalaivas’ leading scorer Rahul Chaudhary quiet. Parvesh, who led the defense his defense partner Sunil Kumar, completed a well-deserved high-five. Such was the terror of the Gujarat defence that in fact, Thalaivas’ top scorer of the match, Rahul could manage only four raid points, including a bonus. 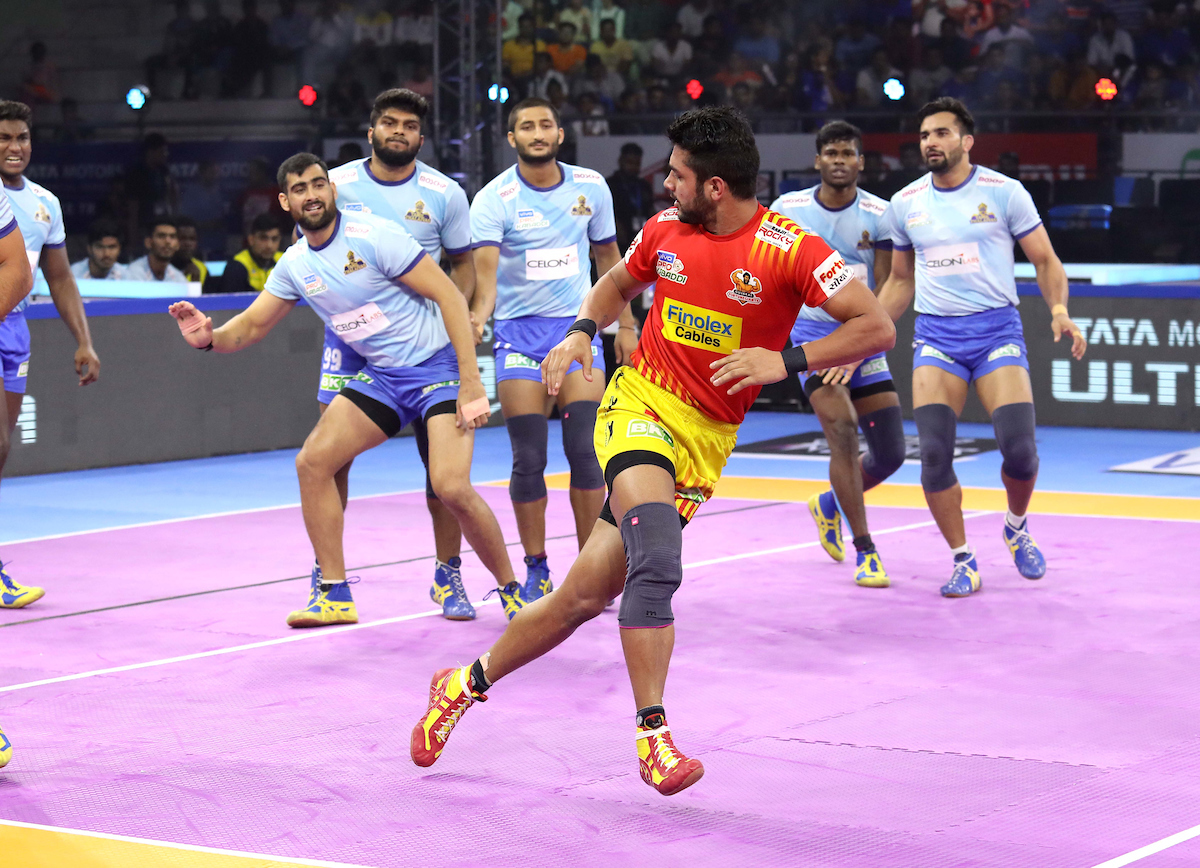 Gujarat Fortune Giants made their intentions clear from the beginning itself. They inflicted the first all-out in the ninth minute when Gulia returned with two touchpoints. At half-time Gujarat led 20-9.

Vinod Kumar made his presence felt when he tackled Ajit Kumar with a double ankle hold in the first half. The seasoned all-rounder was also instrumental in guiding the defense and assisting Parvesh and Koravi in tackle points.

In the second half, Thalaivas tried to accelerate the pace and reduce the margin but failed as Sonu scored some thrilling running-hand touch points. He completed the match with 15 raid points as Gujarat aggregated 27 raid points.