Naveen Kumar was once again the hero for Dabang Delhi K.C. as they beat Gujarat Fortunegiants 34-30 in a VIVO Pro Kabaddi League match at the Shree Shiv Chhatrapati Sports Complex, Mahalunge, Balewadi, Pune on Sunday.

Naveen Kumar picked up another Super 10 (13th consecutive) as Delhi produced a composed performance, despite being closely challenged in the second half by the Fortunegiants, to pick up five points and consolidate their stay at the top of the points table. 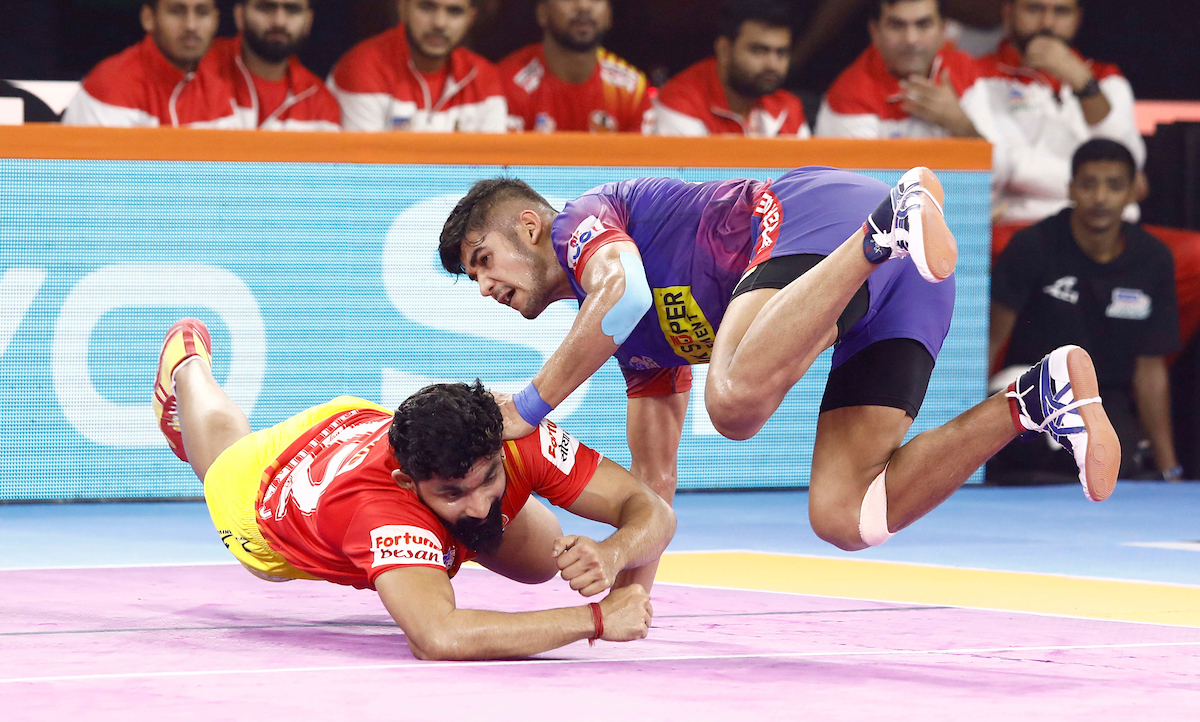 The initial minutes of the match suggested it would be a closely-fought encounter with both defences looking sharp. Ravinder Pahal pulled off two successful tackles for the Delhi side while at the other end Ruturaj Koravi was looking in form. But Naveen Kumar had other plans, as he unlocked the Gujarat defence with a five-point raid in the ninth minute to clinch an All-Out for Delhi. The restart didn’t bring good fortunes for the Fortunegiants, with their raiders looking rather one-dimensional against a Delhi defence that was slowly growing in stature. The first half ended with Naveen claiming another two-point raid that reduced Gujarat to a single player on the match and gave Delhi an 11-point lead (20-9). Sadly for Delhi, both Meraj Sheykh and Anil Kumar had to substituted due to injuries. 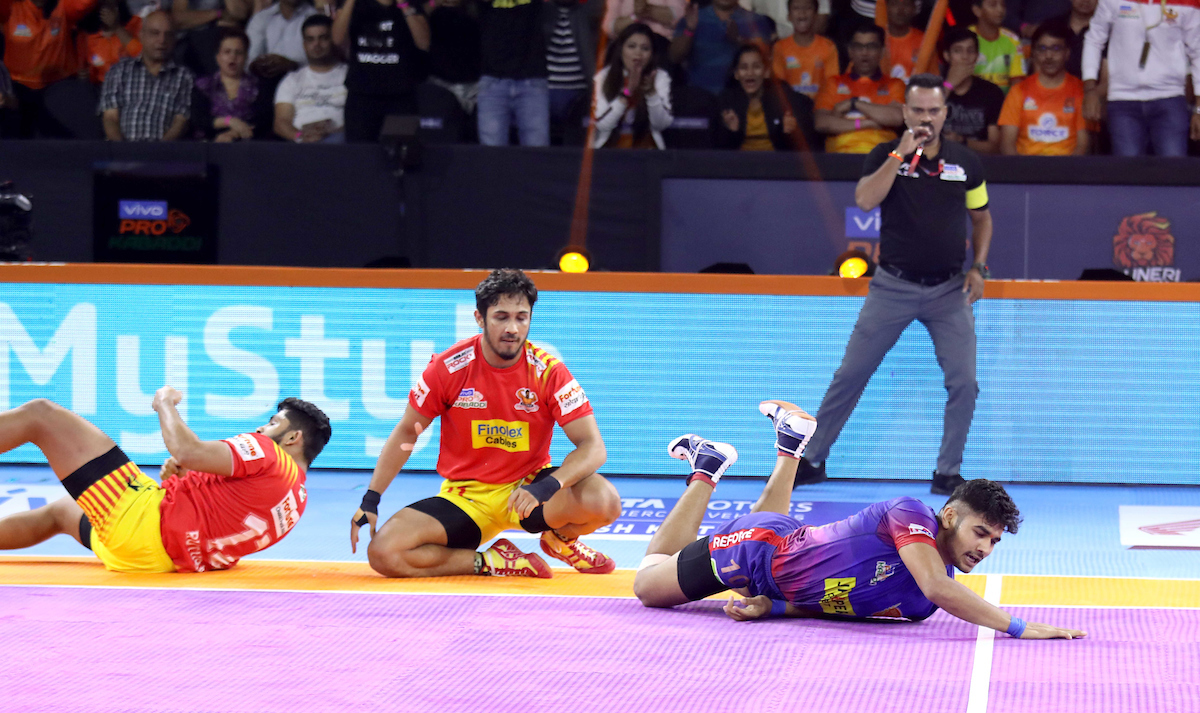 Delhi secured their second All-Out in the first move of the second half but the restart marked the revival for last season’s runners-up Fortunegiants. Pankaj, playing in the left corner for Gujarat, ensured Naveen Kumar had no influence in the game, while Rohit Gulia produced a quick-fire Super 10 to inflict an All-Out on Delhi (sixth minute of the second half) and reduced the margin. Sachin also got into the act for Gujarat as the team kept pace with the Delhi side. But Naveen’s clinical Super 10 and a dash by Vishal Mane on Gujarat's Sachin was enough for Delhi to pick up a victory.