The Haryana Steelers played their heart out, but lost 30-37 to U.P. Yoddha in their first home match of Pro Kabaddi League season 7 at the Tau Devi Lal Sports Complex in Panchkula on Saturday. Raider Vinay scored eight points for the Steelers with Vikash Kandola and Prashanth Kumar Rai scoring five points each. 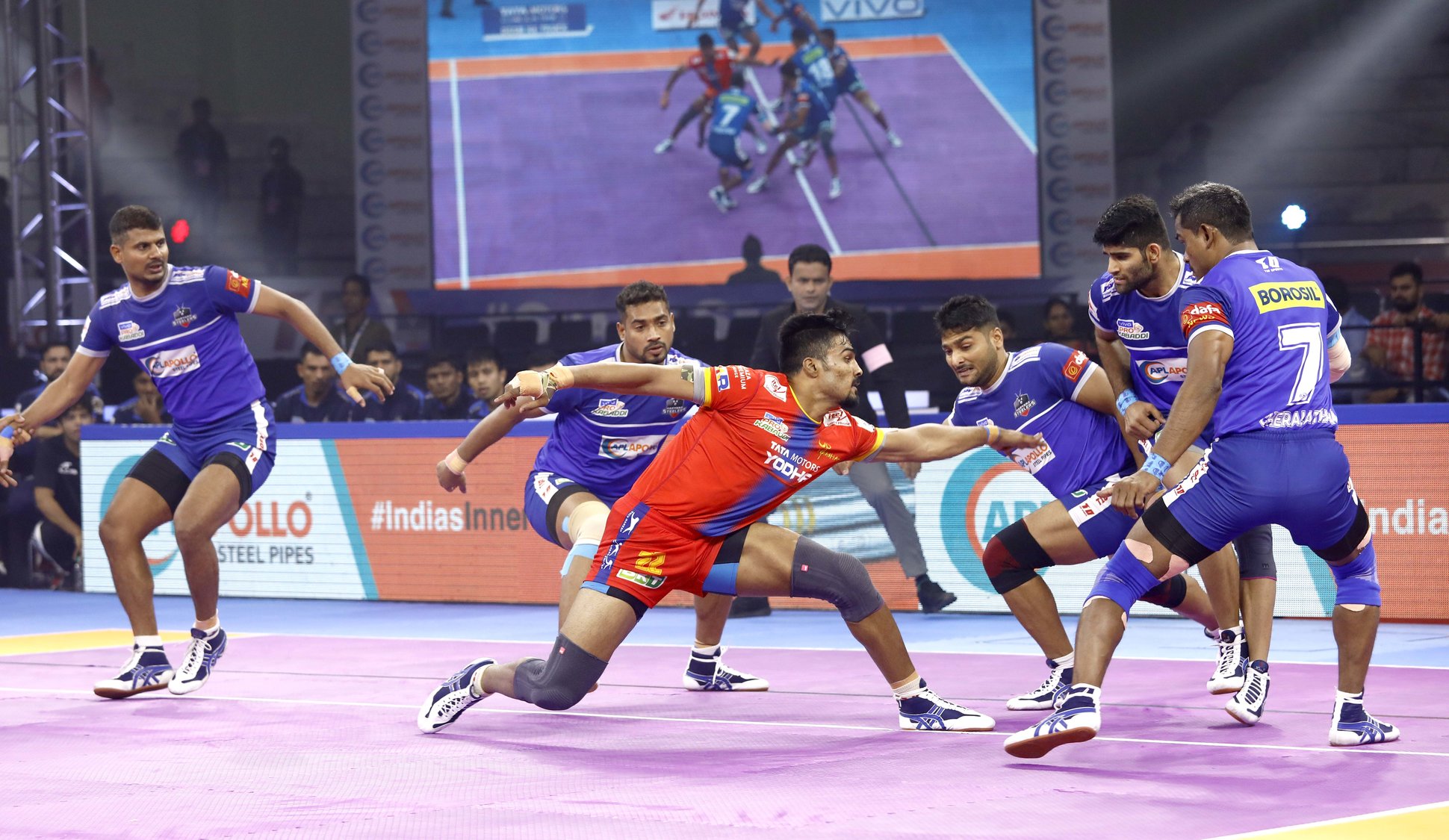 The visiting team were the first to get on the scorecard but Haryana Steelers were quick to bounce back through a Super Raid from Vinay. The raider showed great skill to take three points. Vinay’s second raid was also successful, this time taking a point by tapping U.P. Yoddha’s Nitesh Kumar

The Steelers defenders and Vikash scored points, but U.P. Yoddha kept inching ahead. Vinay was outstanding for the Steelers as he finished the first half with five points and the Steelers were trailing U.P. Yoddha by four points at the end of the first period at 15-11.

U.P. Yoddha picked up some crucial points at the start of the second half and continued to extend their lead. However, Vinay and Vikash launched successful raids to keep the Steelers within reach of their opponents. A huge lead was cut to just three points after U.P. Yoddha were all-out for the first time through a successful tackle by Steelers defender Ravi Kumar. 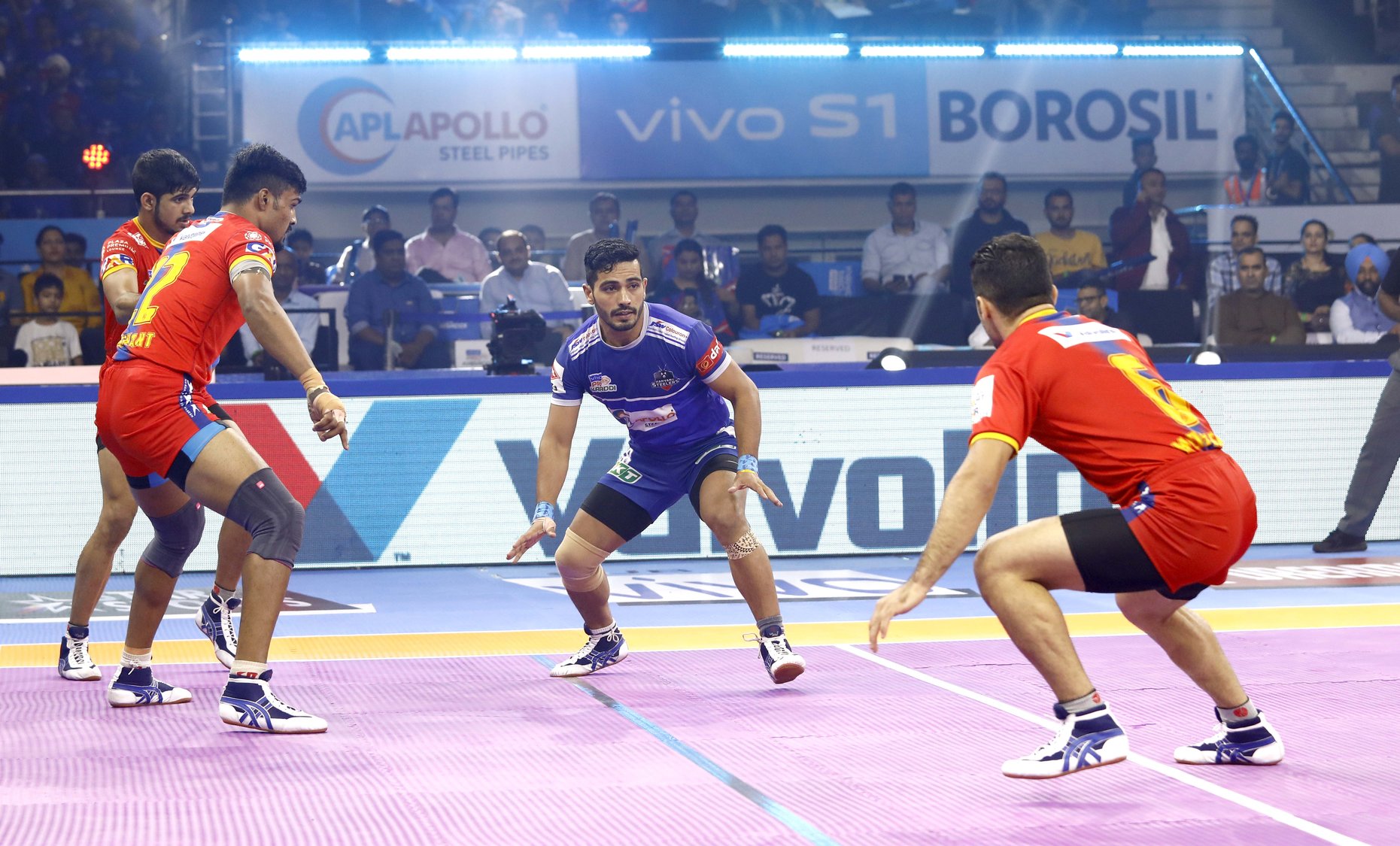 However, the U.P. Yoddha scored a few raid points and picked up a 7-point lead in the 31st minute. The Haryana Steelers tried their best to catch up with their opponents, but U.P. Yoddha kept inching forward and eventually walked off the mat as winners.

Haryana Steelers will face off against Gujarat Fortunegiants in their second match of their home leg at the Tau Devi Lal Sports Complex in Panchkula on Sunday. Haryana will be certainly aiming to bounce back in their next match.